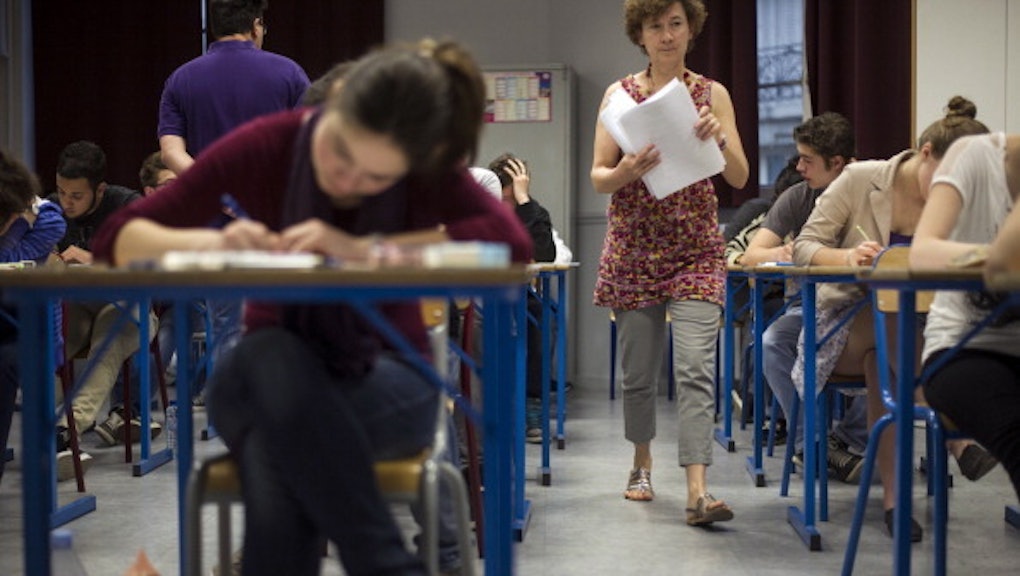 For generations, high school students have been told that good grades matter and a strong grade point average (GPA) will lead to acceptance to a reputable college, which will eventually lead to a well-paying job. And for generations, teenagers have asked this question: Is there really a connection between a high school GPA and the size of one's future bank account? According to new research from the University of Miami, there is. But if you're a woman, you may not be happy with the correlation.

The study, led by Michael T. French, professor of health economics at the University of Miami, was published recently in the Eastern Economic Journal. It found that high school grade point average (GPA) is "a strong predictor of future earnings."

However, more problematic is that study suggests that even though girls can study hard and earn all A's, their academic success may not help lead to the same level of financial success as their male peers.

This frustrating inability to close the gender pay gap, even among high-achieving female students, extends beyond high school. Georgetown University's Center on Education and the Workforce wrote a paper titled, "The College Payoff: Education, Opportunity, Lifetime Earnings," which claims a woman must have a Ph.D. to make as much as man with a B.A., and men with some college but no degree earn about the same as women with a bachelor's degree.

Although younger women experience a smaller pay gap, making approximately 93% of what their male peers earn, the gap widens as women advance in their careers. According to the White House, women who work full time earn 77 cents for every dollar their male counterparts bring home. Women have to work roughly 60 extra days to earn what men do over the course of one year.

Of course, no one factor is the root cause of this gross economic inequality. Indeed, it's clear that multiple factors contribute to the pay gap's existence, with gender discrimination playing a large role. The Pew Research Center reports that women are almost twice as likely as men to claim they have been been discriminated against at work because of their gender, which makes it more difficult for women to advance or get a raise. At the same time, women disproportionately end up in lower-paying fields.

This isn't to say that women should stop working hard in high school, of course. Instead, this study is just one more piece of evidence to fuel the fight against institutional inequality.