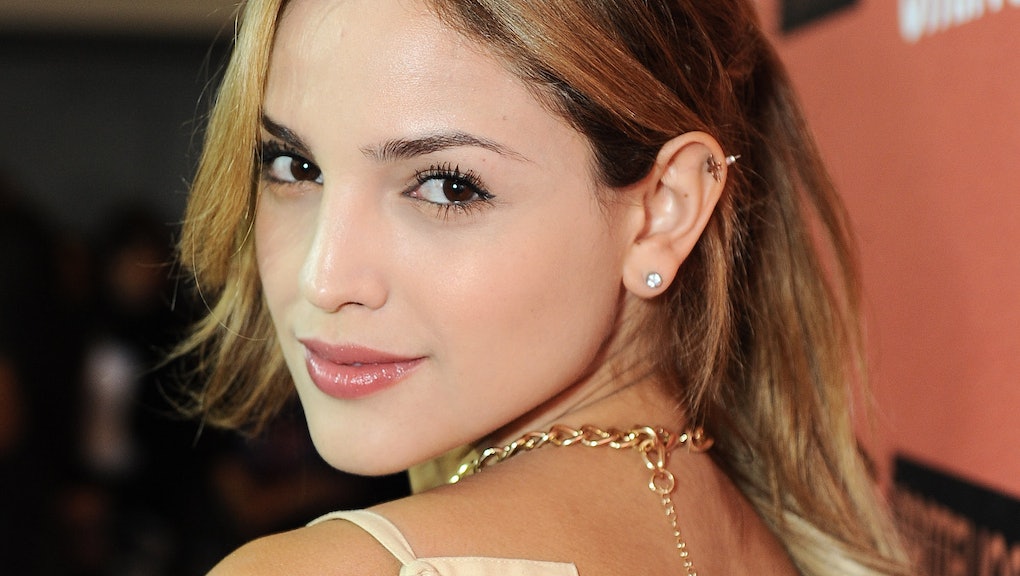 Science Reveals the Evolutionary Origins of the Perfect Body Image

You have probably heard Taryn Brumfitt's story by now. Like other overweight people, she decided to radically change her lifestyle to get the body she always wanted. She succeeded, but only to realize that her insecurity didn't disappear with the weight.

So after intentionally losing her toned physique, Brumfitt started the Body Image Movement to combat the "excessive Photoshopping, the sexualization of women in the media and advertising campaigns that prey on women's insecurities."

Brumfitt's story fits nicely with an argument that sociologists have been making for decades: Our concept of beauty is culturally conditioned, influenced largely by the unreasonable standards set by advertisers.

There is some truth to the claim that marketing influences how we view the world, but it's not quite correct to accuse advertisers of preying on women's insecurities with arbitrary beauty standards. Instead of a corporate conspiracy against women's self-esteem, our understanding of beauty is in part a product of our biology, and has played an important role in human evolution. Advertising merely reflects our innate preferences for certain body types and facial structures, preferences that appear to apply across cultures and over long periods of time.

As science writer Matt Ridley explains in his book The Red Queen, "Prettiness is an indication of youth and health, which are indications of fertility. Why does [a] man care about fertility in his mate? Because if he did not, his genes would be eclipsed by those of men who did."

Ridley's statement is testable and puts this discussion firmly in the realm of science. If beauty is objective and serves an evolutionary purpose, there should be evidence confirming as much. Indeed, there's a lot to consider.

One study conducted in the Netherlands found that two groups of men shown two mannequins — one with a waist-to-hip ratio of 0.7, typically considered ideal according to previous studies, and another with a higher ratio of 0.84, thought to represent the average woman — preferred the more slender body type. Normally, such a conclusion could be written off as cultural bias, since arguably men are taught from a young age by the media what kinds of women they should find attractive. But, the second group of men in the study had been blind since birth — they hadn't had a lifetime of advertising to influence their preferences.

Recalling that beauty is a proxy health, what benefit would there be in mating with a woman who has a lower waist-to-hip ratio? One possible explanation is that "women with lower WHRs and their children have significantly higher cognitive test scores, and teenage mothers with lower WHRs and their children are protected from cognitive decrements associated with teen births," according to a 2007 study published in the journal Evolution & Human Behavior. It's argued women with the hourglass figure may give birth to more intelligent children, and intelligence is a key part of our survival strategy. Ridley points out in The Red Queen that we use our intellects to outwit each other, as our ancestors did to outwit their competition.

Another related explanation is that the risk for certain diseases increases with a higher waist-to-hip ratio, which explains why cultures around the world, dating back 32,000 years, have expressed a preference for WHRs between 0.6 and 0.7. If that's the case, "Preference for low WHR is an adaptive design feature rather than an artifact of cultural influence," notes a 2002 paper published in Neuroendocrinology Letters.

This is a controversial thesis, and experts still debate how much waist-to-hip ratio can tell us about attractiveness, but the relationship between the two also seems to find support from studies showing that notions of beauty are hard-wired into our brains. As the authors of a 2007 study in PLOS ONE pointed out, "Although individual biases are undeniable, it is also rather implausible to maintain that beauty has no biological substrate and is merely a conventional, experientially determined concept."

The shape and structure of our faces can also tell us a lot about beauty and its role in our evolution. The New York Times reported the development of a software program in 2008 called the "beautification engine," which determines what makes certain facial features attractive. Of course, the program only works if there is some standard for what makes a face attractive.

As the Times points out, "Studies have shown that there is surprising agreement about what makes a face attractive. Symmetry is at the core … [and] [t]here is little dissent among people of different cultures, ethnicities, races, ages and gender." Research has also shown that an attractive face may also be an indicator of good health, specifically a strong immune system.

It's easy to accuse advertisers of imposing subjective beauty standards on women, but this issue requires a little more nuance. The advertising industry may uphold certain ideals about beauty, but they're not telling us anything we don't already know or believe.

So while this debate has serious policy implications that need to be weighed carefully, especially as we consider issues like discrimination, the fact remains that humans judge each other based on physical appearance, and to a certain extent we evolved to do so.