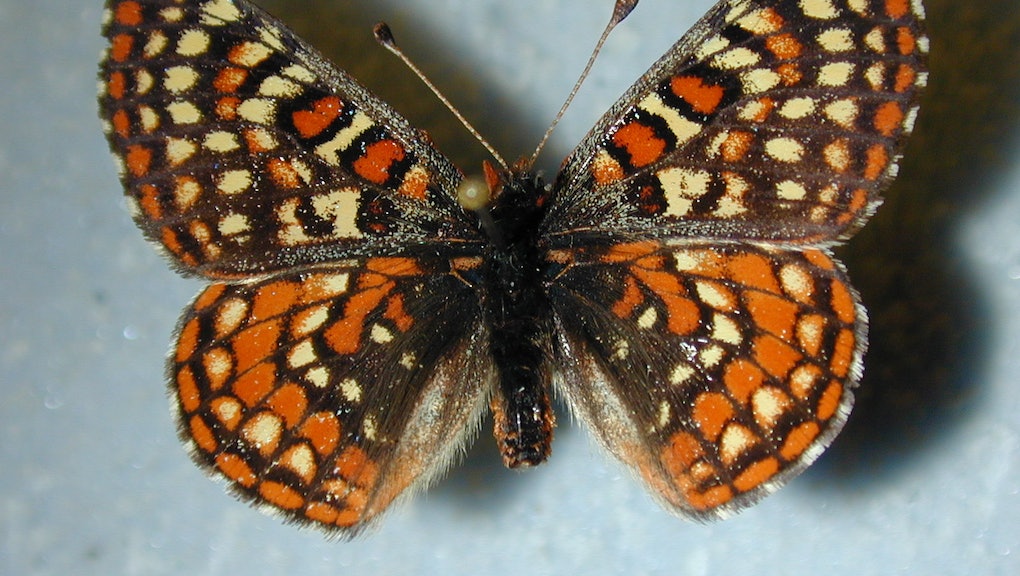 The good news is that as the Earth warms up and weather patterns change, animals are adapting in surprising ways that might buy ecosystems a temporary respite. The bad news is that these adaptations aren't coming nearly quickly enough.

Here are some of the ways in which nature is already responding to large-scale climate change — and why this isn't necessarily a good thing.

Flora: The trees themselves are moving out in the west, where a study in 2011 found that tree species were migrating from generation to generation at an unprecedented rate. Normally, tree populations tend to shift about 0.4 miles a year. Since 1990, they've been shifting about 20 miles, with the consequences likely to be that "many tree species are projected to decline or die out in regions where they have been present for centuries, while others move in and replace them."

In 2009, a U.S. Forest Service study found that 40 major tree species across 30 states had moved more than 60 miles north on average in less than a century. In Colorado, the wildflower bloom season has increased by 35 days. In France, wild thyme has evolved in response to less-frequent periods of extreme cold by producing a greater quantity of herbivore-repelling pungent oil at the cost of winter survivability.

Birds: The National Wildlife Federation tracked 305 species of birds, finding that 177 had expanded their range 35 miles northward on average over the past four decades. Fourteen species of bird in the Sierra Nevada region reacted by building their nests an average of 1,640 feet during the past century.

British ornithologist Humphrey Crick writes that climate change has "already affected populations of birds" and points to geographic areas where penguin populations have declined by a stunning 90% or more. Birds that can move and thrive will continue to do well, but those with limited ranges or ability to adapt will be outcompeted by invasive species.

Butterflies: The endangered quino checkerspot butterfly (Euphydryas editha quino) was once considered doomed unless people actually shipped them up north. According to professor Camille Parmesan of the Marine Sciences Institute at Plymouth University in the U.K., "Every butterfly biologist who knew anything about the quino in the mid-1990s thought it would be extinct by now, including me."

Instead, the butterfly has somehow adapted by moving to higher climates and switched to a new diet, making it the first butterfly known to science to undergo such rapid change. According to the Guardian:

More than a quarter of Britain's 59 species are moving north, with butterflies such as the comma moving around 10km each year. With climate change, another UK species, the brown argus, has started to feed on wild geranium plants as a caterpillar, enabling it to spread rapidly through the Midlands and into northern England.But the international symposium also heard strong scientific evidence that climate change will create more losers than winners because unspoilt habitat is so fragmented, preventing many butterflies, moths and other insects from moving to more suitable places.

Corals: Reef corals are particularly sensitive to heat, and scientists have feared that climate change would destroy entire populations. High water temperatures can cause coral bleaching, wherein the corals spit out the photosynthesizing algae that live inside them, losing both their color and method of collecting energy.

But a recent study published in Science found that adaptation and acclimatization could offset some of the damage, at least temporarily. From National Geographic:

Marine ecologist Stephen Palumbi of Stanford University in California tested the heat tolerance of some of the Acropora hyacinthus corals from unusually hot pools. He plopped them into a container, then cranked up the heat inside to 34 degrees Celsius (93 degrees Fahrenheit) for three hours. Just 20% of the individual coral animals spit out their algae, whereas 55% of coral from an otherwise similar but much cooler pool spit out their algae during the test.The more revealing test came next. Palumbi took corals from the cool pool and put them in the hot pool. One year later, he measured their heat tolerance — and found it had greatly improved. The heat stress test caused only 32.5% of the transplanted corals to spit out their algae, instead of 55%.

According to study author Palumbi, the adaptations meant "the difference between dead and more or less unfazed."

Other animals: European larger banded snails have been seen with light-colored shells correlating with lower body temperatures in the Netherlands, even in dark and shady environments where they would expose the snails to prey. Tawny owls have gone the opposite direction, with light-colored owls that have an advantage in the snowy season losing out to brown owls. And grizzly and black bears and humans are expected to have more frequent contact in coming years thanks to a major decline in their food source, whitebark pine trees. The trees have been killed in the thousands by mountain pine beetles, which flourished with warmer weather.

Why you should care: This adaptability has limits, and many species aren't evolving anywhere near the pace required to win against climate change. The UN's IPCC estimates that a 2-3 degree rise in temperatures above current levels would put as much as a third of the species on Earth at risk of extinction.

"In general, you might expect that weedy, short-lived species and ones that are able to disperse widely might be favored," expert Steven Franks told National Geographic. The losers would be longer-lived species with low genetic variability, such as many species of rare mammal. Tropical species would also lose out because of low climate variability, which gives them a less diverse set of traits.

And the process is happening rapidly. Palumbi, for example, says that the traits he observed in corals will likely only buy them a few decades of time.