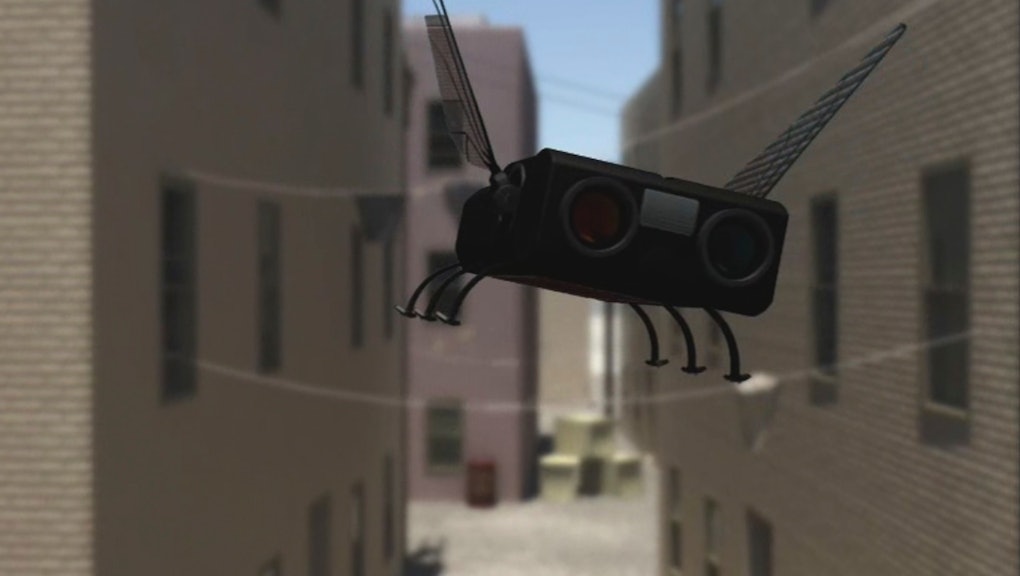 The Robot Race Is Here, and the U.S. Is Already in Danger of Losing

It's the future of war: killer mecha-birds, 13-foot tall robots with Gatling guns and missile launchers and even microdrones that look like pigeons, hunt in swarms and can silently fly through windows, blowing their tiny warheads up next to a target's head.

Drones have become synonymous with America's modern warfare — we’ve all seen footage of Predator drones stalking their prey safely overheard, reporting the situation back to a pilot 6,000 miles away before, without warning, a target is vaporized by an aptly named Hellfire missile in a spray of twisted metal and red mist.

And even though the United States is currently number one in the robot race, it looks like we're headed toward decline — risking a strategic edge to our foreign policy.

According to Foreign Policy, the United States now deploys more than 12,000 ground robots and and 11,000 unmanned aerial vehicles (UAV), but the Defense Department is projected to cut investment in this futuristic technology by more than 33% this year.

The Center for Strategic and International Studies released a report in February that bluntly laid out an uncertain future for unmanned systems, including robots, drones and other autonomous platforms. Spending might be down due to a surplus of drones currently in operation, but there's no excuse for the lack of spending on vital future platforms that are crucial to securing America's place globally.

Back in 2012, the Defense Science Board released a report saying that "more than 50 countries have purchased surveillance drones, and many have started in-country development programs."

In short: We've sparked an arms race that we're quickly running the risk of losing.

Consider a robot like Israel's Guardium that can patrol borders — Gaza in this case — assessing threats and firing shots with or without a human go-ahead. Or the Japanese-designed Kuratas, a 13-foot tall giant that can be controlled via smartphone and comes complete with shoulder-fired water bottle missile launchers and BB Gatling guns. While the Kuratas is currently said to be unfit for military application, it isn't hard to foresee this being overcome in future releases with military funding, and it's already for sale to the public. These technologies are just a taste of what our foreign counterparts have been rapidly perfecting.

While such incredible feats of science and engineering from other nations have not gone unanswered by the United States, tightened defense spending might jeopardize our place on the international stage in the long run. After all, it's our military power that has been the backbone of our foreign policy.

Since the end of the Cold War, the United States has enjoyed a position of global hegemony thanks to its military superiority, and it is a tradition we're still faithful to today. In 2013, America spent more on defense than the next eight countries combined. This means a global force capable of intimidating its even most hardline adversaries.

The U.S. military is present around the world, and that reach goes beyond the stories and conflicts we hear in the headlines. The Unites States has approximately 160,000 active-duty troops deployed in more than 150 countries. In addition, 117,000 have been deployed for contingency operations.

And it's that military strength that maintains America's global clout, and that can only remain secure through innovation. If the United States doesn't step up its game, then other countries will be quick to fill in the gaps.

But it's not just a lack of spending that puts the United States at risk of losing the military technology race. There’s also a problem that starts in America's classrooms.

In STEM (Science, Technology, Engineering and Math) subjects  American students are rapidly falling behind their international counterparts. The World Economic Forum ranks the United States at 52nd for its quality of math and science education. And American students are even lagging behind when it comes to problem solving and creative skills. That makes it more and more likely that the brains behind any future military innovations won't be coming from the United States.

America's military dominance is the central thread in our position globally; we’ve had a great deal of strength come from policing the globe on behalf of lesser-equipped allies. And if we'd like to maintain our global position, the United States is going to have to make sure it keeps an innovative military a priority.