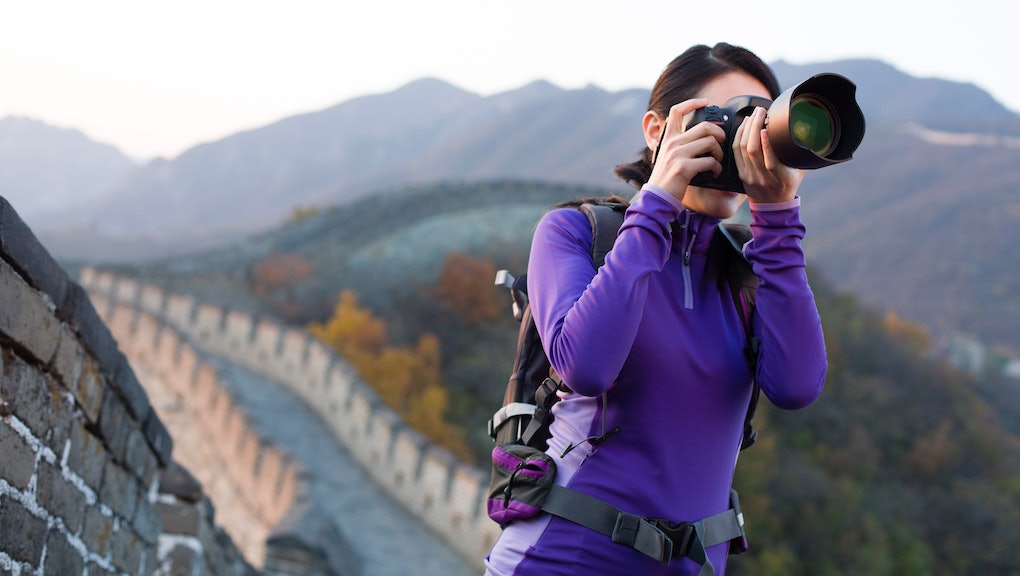 Psychologists Say Taking Too Many Photos Could Be Affecting Your Brain

When you rely on photography to document experiences, psychologists theorize that you're subconsciously having the camera remember for you, and your memories may ultimately suffer because of it.

The research: Psychologist Maryanne Garry of the Victoria University of Wellington in New Zealand says that taking too many photos undermines the way people form memories. Her published research says that photography can manipulate both our memories and subjective interpretations of lived experiences. "I think that the problem is that people are giving away being in the moment," Garry told NPR.

Parents who take tons of photos, for example, have "got a thousand photos, and then they just dump the photos somewhere and don't really look at them very much, 'cause it's too difficult to tag them and organize them," she says. "That seems to me to be a kind of loss."

Similarly, psychologist Linda Henkel conducted a study with 28 university students asked to observe 15 objects and snap photos of 15 others. She found that photo-taking led to an "impairment effect" wherein the subjects remembered fewer concrete details of an experience. "As soon as you hit 'click' on that camera, it's as if you've outsourced your memory," she says, adding that taking a photograph can relieve your brain of the need to form memories properly. However, her research has also found that steps like properly focusing on the subject and paying attention can significantly improve memory retention among photo-takers.

According to Motherboard's Ben Richmond, for "camera haters, this news is the best since it emerged that Instagramming food makes meals taste worse."

Caveats: Photos aren't generally meant to document the detail of a situation, but create a succinct image of its emotional impact. People are generally better at emotional recall than details anyhow, so photos are likely to have less of an impact in this regard. And since subjects weren't able to choose what they were snapping shots of in Henkel's study, they may have just been uninterested in the topics.

And part of the problem may not be cameras per say, but laziness. A lot of the problem comes from the fact that we just take the photos and forget about them, since sorting them into organized folders simply takes too much time and energy. Henkel tells the Association for Psychological Science that "Research has suggested that the sheer volume and lack of organization of digital photos for personal memories discourages many people from accessing and reminiscing about them. In order to remember, we have to access and interact with the photos, rather than just amass them."

At the very least, the studies demonstrate that being the annoying dude or lady constantly snapping photos at inappropriate times won't actually make your experiences more memorable.