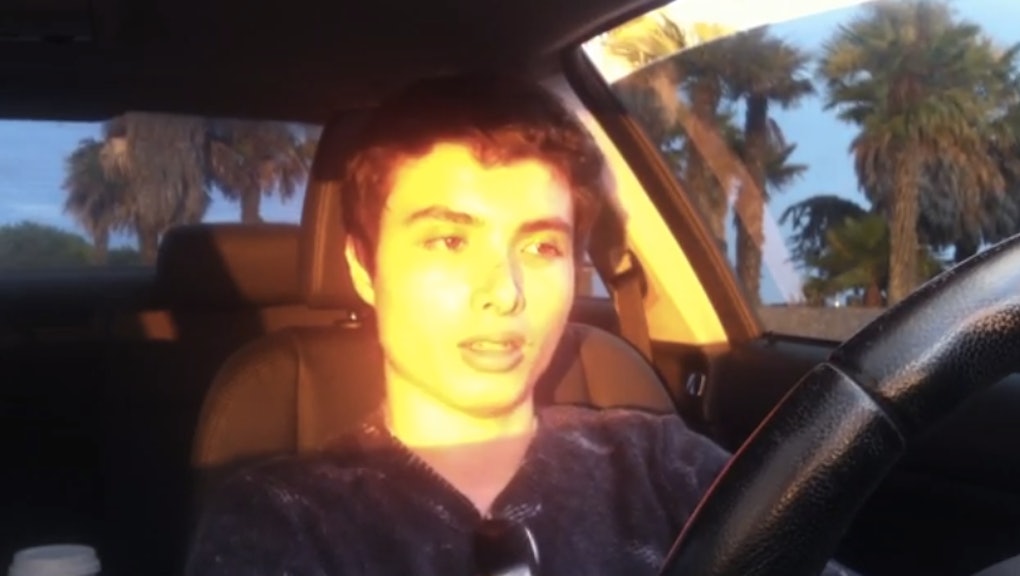 Around 9:30 p.m. on Friday night, a lone gunman opened fire in Isla Vista, Calif. killing seven people and wounding seven more in what the local sheriff's office is calling "the work of a madman."

Though the names of the victims and suspect haven't been officially released, at a 2:30 a.m. press conference early Saturday morning, Sheriff Bill Brown confirmed that the gunman acted alone and that written and video material left by 22-year-old Elliot Rodger of Calabasas in the hours and days leading up to the shooting is being reviewed as evidence in the massacre.

The video in question is one Rodger uploaded to YouTube called "Elliot Rodger's Retribution" in which Rodger goes into chilling and gory details about his feelings of alienation and hatred towards his community, specifically the girls at his school, University of California, Santa Barbara, who "rejected [him] and looked down upon [him] as an inferior man," according to his YouTube video. Watch below: (WARNING: graphic language)

"All those girls that I've desired so much, they would've all rejected me and looked down upon me as an inferior man if I ever made a sexual advance towards them while they throw themselves at these obnoxious brutes," Rodger says to the camera as he sits in his car alone. "I'll take great pleasure in slaughtering all of you. You will finally see that I am in truth the superior one the true alpha male."

Rodger goes into several details lamenting his life as a 22-year-old virgin as he eerily laughs and talks about his perceived failings with relationships and the opposite sex.

"After I've annihilated every single girl in the sorority house, I'll take to the streets of Isla Vista and slay every single person I see there," he continues.

"You are all animals, and I will slaughter you like animals and I'll be a god, exacting my retribution on all those who deserve it, and you do deserve it, just for the crime of living a better life than me. All you popular kids, you've never accepted me, and now you'll all pay for it.

"And girls, all I've ever wanted was to love you and to be loved by you. I've wanted a girlfriend, I've wanted sex, I've wanted love, affection, adoration. But you think I'm unworthy of it — that's a crime that can never be forgiven. If I can't have you, girls, I will destroy you.

"You've denied me a happy life, and in turn, I will deny all of you life. It's only fair. I hate all of you. Humanity is a disgusting, wretched, depraved species. If I had it in my power, I would stop at nothing to reduce every single one of you to mountains of skulls and rivers of blood."

In another, less violent but still chilling video also posted on Friday titled "Why do girls hate me so much," Rodger discusses similar issues with women. The video's description reads:

"Girls have never seemed to have any interest in me, and I want to know why. I'm such a perfect, beautiful, fabulous guy. I should never have had any problems with girls, but I do, and I find that ridiculous.

"This video is a reupload. I had to take the last one down because it gained too much negative attention. I'll keep uploading it until I get at least one honest answer from an actual girl."

Based on the photo below from Rodger's Facebook page, it appears that he is with Peter Rodger, an assistant director on The Hunger Games movie series. It's not yet clear whether they are related, but Elliot is believed to be Peter's son.