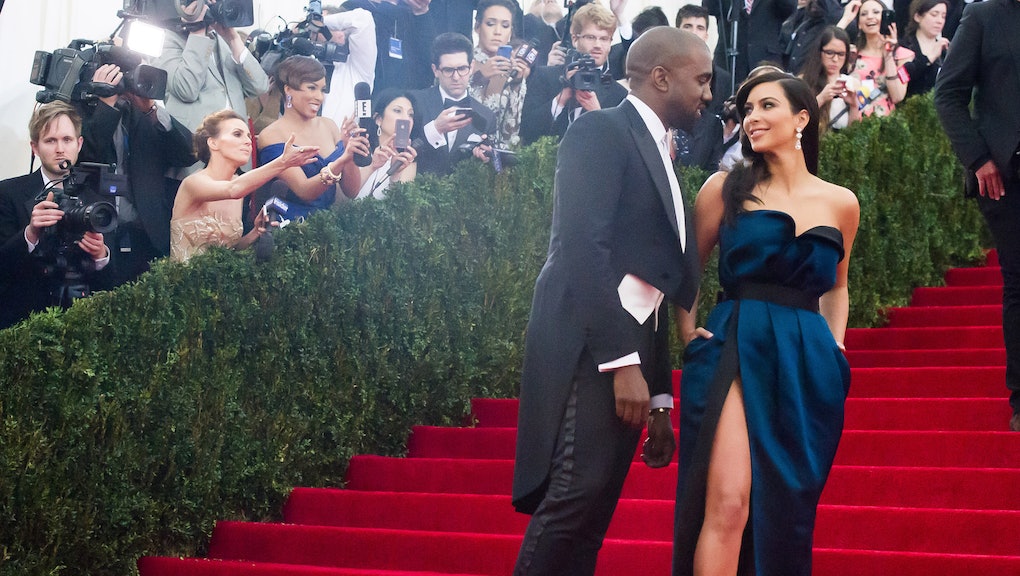 If You Loved Kim and Kanye's Weekend Wedding, You Should See These Photos

In the latest round of celeb news, Kim Kardashian and Kanye West tied the knot at Fort di Belvedere in Italy, complete with a 20-minute speech where the rapper talked about being a celebrity and how "the Kardashians are an industry." (yawn)

But unless Kanye is secretly about to release "Bound 3" featuring Kim as a sexy Afghan insurgent, their marriage has nothing to do with the continuing fallout of America's wars in Iraq and Afghanistan, or with veterans in general. Remember, you have Monday off for a reason. Thought Kim and Kanye were the big news this Memorial Day? Here are six stories you should actually be following:

1. Americans are still dying in Afghanistan.

Pictured: Army Command Sgt. Maj. Martin R. Barreras, who died on May 13 at San Antonio Medical Center from wounds suffered from gunfire on May 6 in Herat. He was 49.

The scandal has burned the Obama administration. The president is promising accountability after reports of a scandal at the Veterans Affairs Department hit the Arizona Republic last month.

As many as 40 veterans died while waiting for treatment at a VA facility there, and similar accusations have followed in Georgia, Texas, Florida, and Pennsylvania.

According to White House Chief of Staff Denis McDonough, "the president is madder than hell." This past week the president told staffers that "I will not tolerate it. Period," and called for wider attention.

"We are going to fix whatever is wrong, and so long as I have the privilege of serving as commander in chief, I'm going to keep on fighting to deliver the care and the benefits and the opportunities that you and your families deserve, now and for decades to come."

3. After laying in a morgue for over a year, 28 veterans were finally buried this weekend.

Twenty-eight veterans were finally laid to rest at Riverside National Cemetery after more than a year and a half of waiting. The L.A. county morgue and the VA blame each other for the delay, which the VA says should have been resolved in no more than three days. The morgue claims that the bodies were unclaimed and that they didn't know how long they were there. The VA says that they were never notified bodies were piling up in L.A.

4. Another kind of veteran: This is who we should really be celebrating today.

Thousands of Iraqi and Afghan interpreters are thought to have been murdered by insurgents. The Afghan Allies Protection Extension Act would extend the same protections given to Iraqi interpreters to Afghan ones, allowing them to bring their parents and siblings as well as their spouses and children to America.

5. A mistake just cut this WWII veteran's benefits by 98%.

After a VA mistake led to $3,090 being deposited into his account (more than 10x his monthly benefit), 89-year-old veteran Joseph Teson says that the VA notified him his "entitlement to compensation and pension benefits had changed." He claims to now receive checks of $6 rather than $300.

Soldiers of the 3rd U.S. Infantry Regiment ("The Old Guard") place flags on graves at Arlington National Cemetery, honoring American dead from up to generations ago.

This is why you have Monday off.