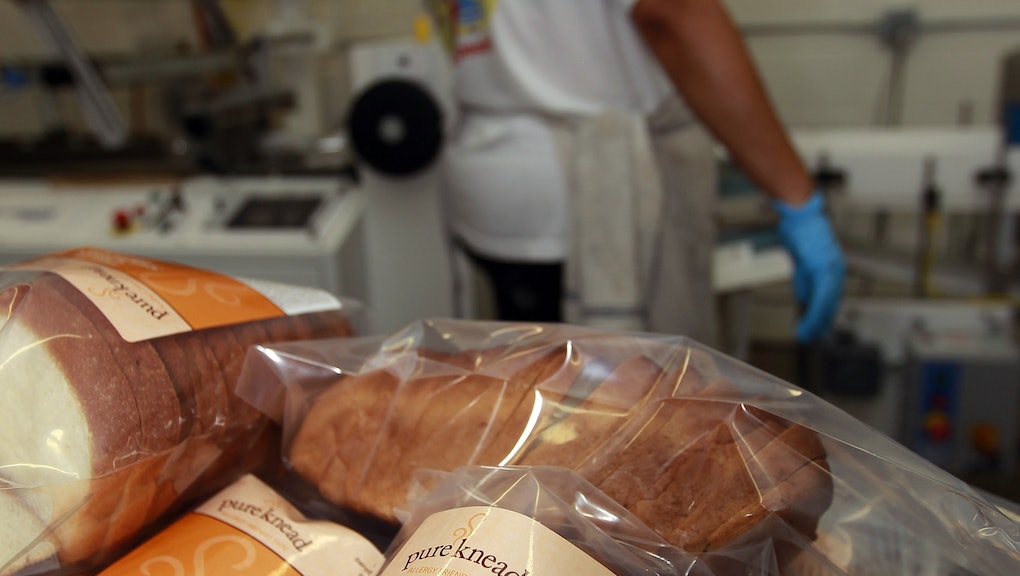 Scientists Prove What You Secretly Think About Your Gluten-Free Friends

The news: It appears that gluten sensitivity is actually much rarer than the gluten-free craze would have you believe. In fact, it's so rare that scientists have determined it probably doesn't exist unless you have celiac disease — a severe condition that affects just over 2 million people, or about 0.8% of the population.

Popular misconceptions about gluten (like that it's in every type of grain, or that eliminating bread will make you gluten-free) are rife. And those misconceptions have had a big impact, generating $10.5 billion in gluten-free product sales in 2013.

According to recent research by Peter Gibson, who studies gastroenterology at Monash University in Australia, gluten sensitivity is probably all in your head. Gibson's 2011 research demonstrated gluten sensitivity in the first place, and he wasn't satisfied with the results. So he did what good scientists do: attempted to confirm it. And instead of a confirmation, his research found no further evidence that gluten sensitivity was real.

The study: Gibson's newest, more rigorous study involved 37 people who didn't have celiac disease but claimed to feel better on a gluten-free diet. Subjects were provided with every one of their meals during the trial, which was free of any and all potential dietary triggers — lactose, certain preservatives and fermentable, poorly-observed short-chain carbohydrates called FODMAPS. And someone had the unpleasant task of analyzing nine days' worth of the participants' feces and urine.

First they were fed a diet low in FODMAPS for two weeks (the baseline), then the participants were transferred to either a high-gluten, low-gluten or placebo diet. Each subject participated in every diet to act as their own control. After the main experiment, 22 of the subjects cycled through the three diets for three days each to ensure the placebo was suitable.

The results were surprising: When the groups were moved from the baseline to the test diets, they reported gastroenterological symptoms like intestinal pain, bloating, gas and nausea, regardless of whether the diets were high or low in gluten or even gluten-free. Basically, the evidence for self-reported gluten sensitivity didn't exist. Gibson calls it a "nocebo effect," meaning that it was basically all in their heads. He also believes the culprit is widespread FODMAPS ingestion rather than gluten. That's a far harder culprit to eliminate, since compounds in the group are found in many everyday foods, nearly all of which are unprocessed goods like "apples, asparagus, artichokes, milk, pistachios, pears and lentils."

And that's why you don't diagnose yourself with a condition using WebMD or Wikipedia. Especially Wikipedia, which contains errors in nine out of 10 health entries. (Or, if you're a doctor, why you should stick to the literature — 70% of physicians and medical students report using Wikipedia.)

Wait, so I don't have gluten sensitivity? Statistically speaking, probably not. There may be good reasons to cut down on carbs, but the gluten craze appears to be baseless.

If you've already diagnosed yourself with a gluten sensitivity, consider consulting your doctor or gastroenterologist. And if you've tried going gluten-free without even knowing what you're not eating, you should feel a little silly.