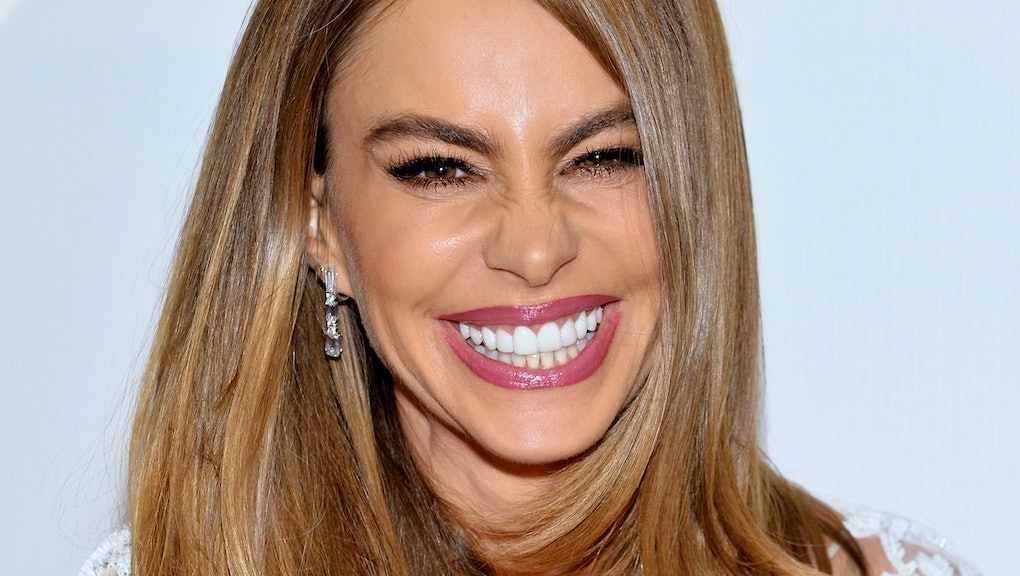 Once Latinos became the largest ethnic minority group in the U.S., contrasting characterizations of Latinas became popular myths. Just as with other identity groups, these myths are more often than not perpetuated by the media, helped along by heavy-handed, stereotypical or just plain inaccurate depictions spread widely through television programs, popular music and film.

If you were to accept everything you heard about Latinas, you might think they were scheming and hypersexual, yet socially conservative women whose "equal educational opportunities" and "competitive purchasing power" signify their "arrival."

This contradictory imagery aside, it's important not to believe everything you read on the internet (or see on TV, or hear from a politician).

In fact, the lives of U.S. Latinas are much more nuanced and less sanitized than pundits, marketers and producers would like to convince you. Here are just seven of the damaging lies about Latina women common in American society today.

A poll commissioned by the National Latina Institute for Reproductive Health (NLIRH) found that the majority of Latinas agree that women have the right to make their own personal, private decisions about abortion, countering popular narratives of Latinas as being socially conservative and anti-abortion.

Furthermore, in an NBC Latino article, NLIRH executive director Jessica González-Rojas says that "90% of married Catholic Latinas," who are often portrayed as religious and anti-contraception, "have used birth control banned by the Vatican."

2. They cross the U.S.-Mexico border to give birth to "anchor babies."

The image of a barefoot Latin-American woman running across the U.S.-Mexico border holding on to a rounded belly that houses her soon-to-be-born child is a deception, popularized by proponents of more restrictive immigration policies.

While it's true that some women cross the border to deliver babies, comments like those of Republican South Carolina Sen. Lindsey Graham (who in 2010 said on Fox News that "[people] come here to drop a child. … They cross the border, they go to the emergency room, they have a child, and that child's automatically an American citizen.") misleadingly turn a secondary effect of immigration into a primary motive.

According to Jeff Passel, the coauthor of a 2010 Pew Hispanic Center report quantifying just how many children are born in the U.S. to undocumented immigrants, more than 80% of the births cited in the report occurred more than one year after the women arrived in the U.S., debunking the myth of the plotting, pregnant border-crosser.

3. They don't suffer from low self-esteem or eating disorders.

For the most part, researchers have concentrated on Caucasian girls and women from middle- to upper-class backgrounds, with few doctors even equipped with the language and questions to ask Latina sufferers. But even though researchers and physicians seem to overwhelmingly disregard Latinas in their work, eating disorders do not discriminate. A 2005 study looking at almost 2,000 Latinas ranging in age from 11 to 20 years old concluded that eating disorders are prevalent in all subgroups, illustrating that these illnesses cut across race, ethnicity, class and age.

4. They are financially stable and socially mobile.

"The Latina Power Shift," a 2013 Nielsen report, casts Latinas as decision-makers in household spending and as attractive consumers eager to be courted by leading journalists and marketers alike to celebrate the group's new "powerful influence."

But as headlines like "Latinas Drive Hispanic Purchasing Power in the U.S.," "Latinas in Charge," and "The Power of the Mamás Latinas" spread the message of Latinas' economic leverage, they mask the actual economic insecurity burdening many Latina women every day.

In the same year Nielsen published its report, for instance, the Center for American Progress released its "State of Latinas in the United States" report, detailing many of the economic woes besetting Latinas in the U.S.

Although feminists regularly cite the gender wage gap as a scourge holding back women in the workplace, in fact for Latinas, the gap is much worse. According to some estimates, Latinas earn just 55 cents for every dollar earned by non-Hispanic white men. Furthermore, the share of Latina women earning at or below minimum wage is actually increasing, tripling from 2007 to 2012, and contributing to an overall poverty rate of 27.9% — close to three times that of non-Latina white women.

In the last 20 years, the number of women incarcerated increased at a rate almost double that of men, with Latina women being 69% more likely to be incarcerated than white women.

Driven largely by the War on Drugs, women of color, particularly black and Latina women, comprise the fastest-growing sector of the prison population.

In 2011, the American Civil Liberties Union maintained that mass incarceration has an exceptional effect on Latinas and black women, who are typically the primary caregivers for their children and are also disproportionately victimized.

As women, racial and ethnic minorities and (for the most part) members of a low socioeconomic status group, Latinas posses a triple minority status, all of which impact their educational opportunities.

According to a Colorado State University study, Latinas are victims of a broken educational pipeline, meaning they are underrepresented in honors, advanced placement and gifted and talented programs. This disparity, the researchers argue, is not due to a lack of intellectual capabilities, but rather a deficiency in opportunities.

Cultural and language challenges, like limited knowledge of the U.S. education system, weak relationships with teachers and inadequate school resources, inhibit Latinas' representation in these programs, leading Latina students to pursue education in trade or two-year community colleges, where opportunities for advanced degrees are often delayed or limited.

7. They are hypersexual and promiscuous.

From Naya Rivera's role as Santana Lopez on Glee to Shakira and Jennifer Lopez's somewhat infamous music videos to shameless advertisements, it's not hard to find examples of the sexualization of Latina women in pop culture. But there's a more insidious side to this kind of stereotyping — besides being inaccurate, these types of depictions have been used to blame high rates of teen pregnancies in the community on the "spicy Latina."

But while Latina teens have a much higher rate of teenage pregnancies than their white peers, they don't have sex more often than their white counterparts. In fact, a 2009 study looking at sexual health factors in teens by race and ethnicity shows that the female rate of teenage intercourse for Latinas and non-Latina whites are identical, with 45% of teen girls from both racial/ethnic groups reporting having had sex.

A CNN study conducted the same year, however, found that 53% of Latinas get pregnant in their teens, about twice the national average. This number, while not reflecting the hypersexuality of Latina teens, can be attributed to intersecting social issues of gender, race, class, immigrant status and education. Limited transportation and lack of health insurance impede access to birth control for many Latinas, with immigration regulation creating additional layers of difficulty. Abstinence-only education, common in states with large Latino populations, also contributes to the high rate of Latina teen pregnancies, as girls are not armed with the information they need to make safe and healthy decisions about their reproductive and sexual health.