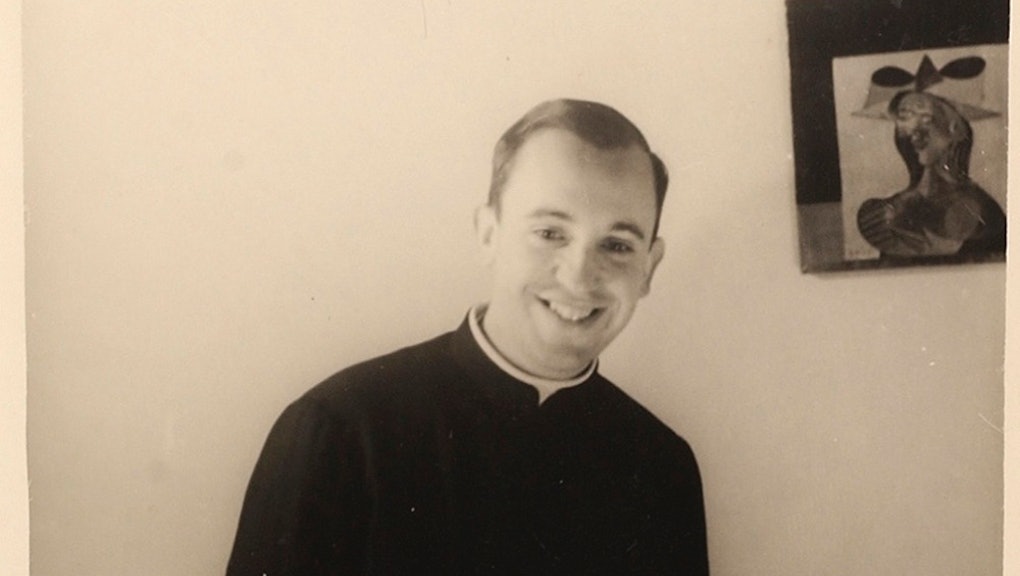 What Pope Francis Was Doing in His Twenties

It's a story of revolution, tango, missing lungs, sock factories and nightclubs. It begins with an unrequited love for a pretty girl and soccer dreams dashed by flat feet.

So goes the biography of Pope Francis — previously, Jorge Mario Bergoglio — the native Argentine, TIME's 2013 person of the year and rockstar pontiff who never ceases to make headlines with his humility and love for the destitute. Like his current frugality, his early years were characteristically unassuming.

According to biographer Luis Rosales, Francis was born to working-class parents in 1936. His father, an Italian immigrant, expected his son to work from an early age. While studying to become a chemical technician in high school, Francis worked as a janitor and accountant at a local sock factory. He went on to become a chemist, and even briefly served as a nightclub bouncer.

A true Argentine, he openly professes his lifelong love for tango and soccer, activities complicated by his flat feet. He also played basketball growing up. Physical activity, however, would become more difficult as a young man, when he lost part of his right lung — not the entire thing, as some accounts have suggested — due to an infection.

His tale is not without romance. As a 12 year old, he wrote a love note to a girl, complete with a drawing, with the caption: "This is the house I'm going to buy you when we get married." The girl's father beat her for fraternizing with a boy, cutting the budding affair short. Francis' alleged, prophetic last words to the girl were: "If I don't marry you, I'm going to become a priest." The pope has also confessed to having a girlfriend as a teenager who was part of his tango-loving group of friends, and to having become "dazzled" by a woman while in seminary.

All in all, the young Bergoglio was everything you would expect from a pious, humble Argentine growing up in the '40s and '50s.

But there was a characteristic of the aspiring priest that was unique, something that would go on to profoundly shape his papacy: He was fascinated by politics.

Bergoglio grew up during a watershed period for Argentina. He was just a young boy in 1945, when hundreds of thousands of workers famously descended on Buenos Aires' main square, la Plaza de Mayo, to demand that Juan Domingo Perón — the populist who would become the country's most consequential president — be released from prison. Like the childhood memories of the terrorist attacks on September 2001 marking the beginning of millennials' grappling with the role of the United States in the world, Bergoglio came of age during an intense period of class consciousness and political upheaval in Argentina. According to Rosales, Bergoglio strongly identified with the struggle to extend protections to society's lower classes under Perón.

Working in the chemistry lab, a young Bergoglio became close with an avowed communist, who sparked his interest in Marxist writing. He read communist publications growing up, he says, and loved "every article," which guided his "political formation."

"But I was never a communist," Francis says. It was because of his "political preoccupations" that he delayed attending seminary school for a full four years after deciding he wanted to become a priest, though he claims his political beliefs never went beyond the "intellectual plane." His career, however, tells another story.

While serving the Church in Argentina, Bergoglio developed a reputation as a savvy political operator. He clashed with the administration of the current president, Cristina Fernández de Kirchner, and her husband who served before, over issues like marriage equality and socioeconomic inequality. As the leader of the Jesuits, he was a powerful player during the period of the military dictatorship and had to walk a fine line. Though allegations have surfaced that he didn't adequately protect some of the priests that reported to him, the accusations haven't stuck.

But it has been during his papacy that Francis' political genius has truly shown. On issue after issue, from homosexuality to priest celibacy to inequality, he has projected a kinder, more modern Catholic Church without changing a single piece of doctrine. For someone who said he wouldn't use the Internet until he turned 75, he has been a skilled communicator in the digital age. His photo ops — whether kissing a disfigured man, washing the feet of AIDS victims, calling for peace in the Middle East or zipping around in a Ford Focus — instantly go viral, projecting a vision of humility to millions of people.

If this pope thing doesn't work out, our friend Francis could have a promising career as a political consultant.