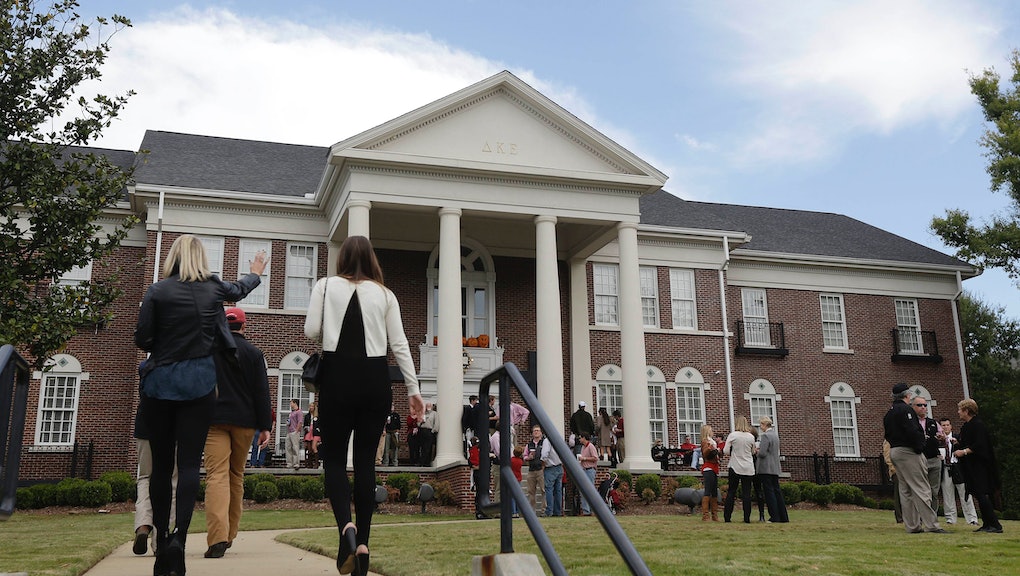 Research Shows Slut-Shaming Has Nothing to Do With Sex

In 2004, sociologists Elizabeth Armstrong and Laura Hamilton embedded themselves in a dorm at a Midwestern university and interviewed more than 50 women (all of them white) from the start of their freshman year to shortly after their graduations. Hamilton and Armstrong asked questions about their perceptions of other girls, regarding their sexual and social activities. And as Slate's Amanda Hess writes, "the college women realized that the researchers weren't really asking for their opinions about promiscuous women. They were asking for their thoughts about "sluts" — a campus stigma that had almost nothing to do with students' real sexual experiences, but everything to do with their social class."

High status and low status: After some time, the researchers became more familiar with the girls and saw them naturally divide into what they defined as "high status" — coming from wealthy neighborhoods around the country and rising through the Greek life system — and "low status" — coming from more local middle- and working-class families and joining friend groups outside the sorority system.

Slut discourse: Unfortunately, this "slut discourse" is employed in increasingly dangerous ways that allow certain women to assert their class advantages and put themselves in a position of social power.

"Viewing women only as victims of men's sexual dominance fails to hold women accountable for the roles they play in reproducing social inequalities," Armstrong said in a news release. "By engaging in 'slut-shaming' — the practice of maligning women for presumed sexual activity — women at the top create more space for their own sexual experimentation, at the cost of women at the bottom of social hierarchies."

On top of that, the conventional definition of a slut as a sexual promiscuous woman was actually found to the the opposite of how it was being used. "Surprisingly, women who engaged in less sexual activity were more likely to be publicly labeled a slut than women who engaged in more sexual activity," Armstrong said in the release. "This finding made little sense until we realized that college women also used the term as a way to police class boundaries."

What does this mean? While Armstrong and Hamilton's discoveries were surprising, they didn't seem at first to be all that alarming. Younger generations are constantly developing new definitions and uses for all sorts of words. However, there's a very dark and dangerous side to slut-shaming.

"In a few recent cases, 'slut-shaming' has played a role in the suicides of girls and

While it would be easy to say "girls will be girls," this subtle but piercing form of bullying is poorly understood but potentially life threatening. So though sexual activity certainly plays a factor in the slut-discourse, these findings demonstrate that yet another rift in American life can be blamed on one thing: money.