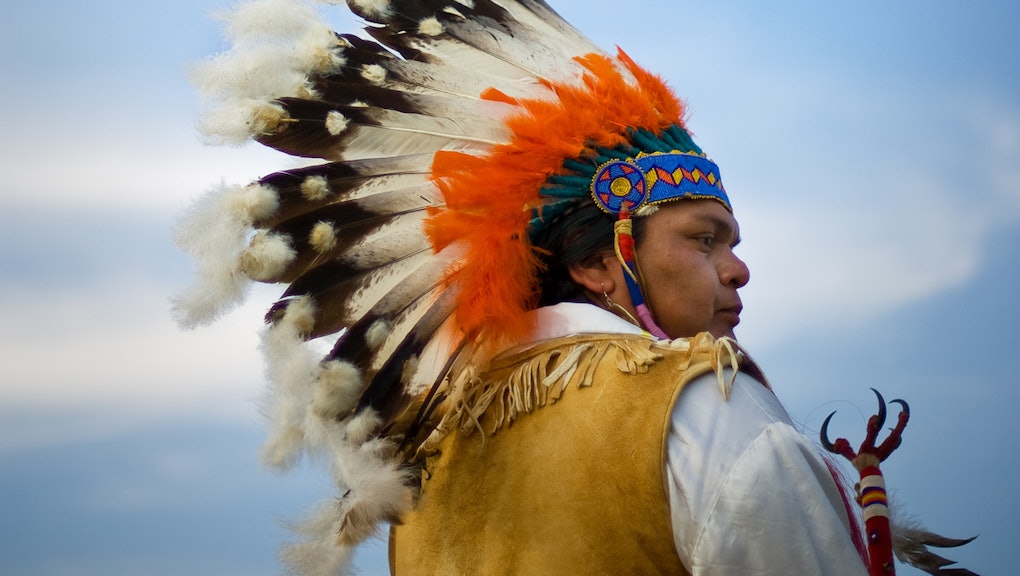 High school reading lists are filled with iconic American writers — Ernest Hemingway, Toni Morrison, Mark Twain. Among the list of American literary greats is a striking omission: the presence of Native American writers. It is time to change that.

Native American groups have been telling stories for generations upon generations, but the rich oral tradition of the culture means that for centuries many of those stories were not written down. That changed in the 1960s and 1970s, when indigenous writers began receiving attention in non-Native spaces. The controversially named "Native American Renaissance" yieled a new generation of writers illuminating Native American realities that had until then been often overlooked.

Among the Twains and Morrisons we should also be adding the Silkos and the Momadays. If you want to get a true taste for U.S. indigenous literature and life, look to these nine contemporary writers who have defined the genre — authors whose work should be canonized and taught. Each one takes on race, justice, violence, poverty, alcoholism, family, tradition and survival, the lifeblood of experience both on and off the reservation. Each one also provides a story and a window into a culture that we can and should learn from.

Silko's most well-known novel, Ceremony, tackles trauma and healing as a mixed-race Laguna Pueblo soldier, Tayo, returns home after WWII. The book, publish in 1977, explores the effects of alcoholism, poverty and the degradation of tradition. As Tayo copes with his dependency, he begins to find peace in the ceremonial practices of his people. The novel's central question: How do we maintain who we are as a community while also moving forward?

He's considered the father of the Native American Renaissance, and when N. Scott Momaday's House Made of Dawn won the Pulitzer Prize in 1969, it became the first work by an indigenous person to do so. The line between fact and fiction is blurred in the novel, which is based on numerous real-life people, places and crimes where Momaday grew up in Jemez Pueblo, N.M. Momaday is interested in the relationship between man and nature, but like Silko, he's invested in questions of identity, cultural survival and storytelling.

A poet, journalist, academic and activist, Gerald Vizenor became involved in the American Indian Movement by way of his community work, where he saw firsthand how alcoholism and poverty wreak havoc on indigenous communities. His genre-bending 1978 novel Darkness in St. Louis Bearheart (later revised and published as Bearheart: The Heirship Chronicles) draws from traditional tales of trickster figures and themes of environmentalism and tribalism. The book is noted for its depictions of sex, violence and cannibalism. It's experimental, and as critic Louis Owens says, "Vizenor's art is nearly always difficult, disturbing, disorienting and disquieting, but it is never dishonest."

4. 'Custer Died for Your Sins: An Indian Manifesto' by Vine Deloria Jr.

A major figure in the American Indian Movement, Vine Deloria Jr. is best known for his book Custer Died for Your Sins: An Indian Manifesto published in 1969. While not a novel, this nonfiction work was a rallying cry for activists of the Red Power movement. The collection of essays skewers everyone from the U.S. government to aid organizations, which he argues are just as hurtful as colonizers in their attempts to "help" Native communities. Deloria challenges us to reexamine how we view indigenous communities and our understanding of a complicated history of genocide, colonialism and oppression.

Louise Erdrich's debut novel Love Medicine, published in 1984, follows several decades of a Chippewa/Ojibwe family as they struggle to negotiate identity, religion and Native American politics. Her most recent novel, The Round House, is an overtly political meditation on justice and revenge as a teenage boy watches what happens after his mother is sexually assaulted. Erdrich turns these questions of justice inward, often shining the spotlight on injustices within the reservation.

6. 'Winter in the Blood' by James Welch

In addition to being a novelist, Welch also wrote Emmy Award-winning documentaries. His debut Winter in the Blood contemplates identity politics as the unnamed protagonist attempts to make sense of himself and his family history. Like many writers during the "Renaissance," Welch writes about cultural and personal survival during the mid-20th century; tragedy marks the protagonist, but in order to move forward, he must overcome it.

An academic, a feminist, an out lesbian, a poet and a novelist, Allen is best known for her critical The Sacred Hoop: Recovering the Feminine in American Indian Traditions. The book explores the role women played in indigenous tribes prior to colonialism. Allen's work has been met with a great deal of skepticism and criticism, but it remains a staple read within Native American literature.

8. 'Bloodlines: Odyssey of a Native Daughter' by Janet Campbell Hale

Hale grew up on the Yakima reservation in Washington state, and her novels reflect the everyday struggles she witnessed. Her memoir Bloodlines: Odyssey of a Native Daughter makes race and identity personal, as she remembers the shame she was taught to feel about her indigenous heritage. Throughout Bloodlines, Hale confronts issues of survival as everyone and everything else pushes her back down, from poverty to substance abuse. It received the American Book Award in 1994.

9. 'How We Became Human' by Joy Harjo

A poet and musician, Joy Harjo is a leading figure in contemporary Native American literature. Her works aren't only focused on her Muskogee-Cherokee identity but on gender, environment and transition from past to present. As she writes in When the World as We Knew It Ended, "We were dreaming on an occupied island at the farthest edge/of a trembling nation when it went down/Two towers rose up from the east island of commerce and touched/the sky."