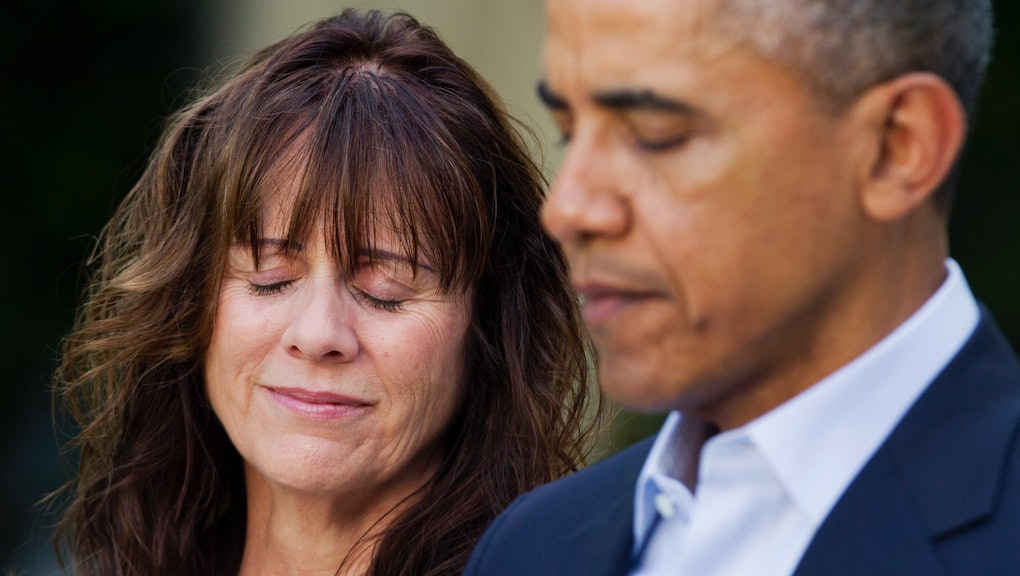 The news: America recently recovered its last prisoner of war in Afghanistan, Bowe Bergdahl, after nearly five long years as a Taliban prisoner.

But this positive story could take a downward spiral very quickly. Some soldiers who served with and searched for Bergdahl have been quick to cast him as a traitor who risked American lives by deserting, and that the long search for him may have resulted in a number of U.S. deaths.

According to former members of his platoon, Bergdahl deserted a guard post and walked off his base with nothing but a compass, knife, water, camera and diary. Six troops were killed searching for him, and attacks in Paktika province reportedly increased in the days following his capture.

Former Sgt. Matt Vierkant, who was a member of Bergdahl's platoon at the time he disappeared in 2009, says: "I was pissed off then, and I am even more so now with everything going on. Bowe Bergdahl deserted during a time of war, and his fellow Americans lost their lives searching for him." A Facebook group called "Bowe Bergdahl is NOT a hero" has nearly a thousand likes.

"I'm happy for the Bergdahl family and friends to have their loved one home, but I am angered deeply at Bowe ... It disgusts me greatly that a man that turned his back on his brothers, unit, and country is going to be hailed as a hero/saint," wrote a commenter on Army Times' Facebook page.

The background: The circumstances of Bergdahl's original disappearance have been disputed for most of his captivity. A lengthy 2012 report in Rolling Stone suggested that the soldier walked off his base after determining he could no longer serve in accordance with his conscience. (Note that, as of this time, none of the following has been verified.) On June 27 the year he disappeared, the report said that Bergdahl sent a lengthy email to his parents with the following included:

"The future is too good to waste on lies. And life is way too short to care for the damnation of others, as well as to spend it helping fools with their ideas that are wrong. I have seen their ideas and I am ashamed to even be American. The horror of the self-righteous arrogance that they thrive in. It is all revolting.""In the US army you are cut down for being honest... but if you are a conceited brown nosing shit bag you will be allowed to do what ever you want, and you will be handed your higher rank... The system is wrong. I am ashamed to be an American. And the title of US soldier is just the lie of fools.""The US army is the biggest joke the world has to laugh at. It is the army of liars, backstabbers, fools, and bullies. The few good SGTs are getting out as soon as they can, and they are telling us privates to do the same."

Bergdahl concluded the message by saying "The horror that is America is disgusting" and telling his parents to open and use packages containing his uniforms and books. His parents responded by telling him to follow his conscience.

In the early hours of June 30, Bergdahl approached his team leader, inquired whether it would cause problems if he took his equipment, and walked off the base leaving his rifle and NVGs behind.

Criticism: It's no surprise, then, that Bergdahl's imminent arrival is starting a huge storm of bitter emotions. Conservative media is trashing Bob Bergdahl, his father, for calling for the release of Guantanamo detainees. Soldier Nathan Bradley Bethea writes that "the truth is: Bergdahl was a deserter, and soldiers from his own unit died trying to track him down." A Daily Caller columnist suggested that the Obama administration traded "a deserter" to distract from "mass mistreatment of honorable veterans." And conservatives on Twitter are predictably furious:

Another person claiming to be a soldier serving on the ground when Bergdahl was captured wrote that "the deal that has been made is a slap in the face to every American soldier alive and dead that has served this country with honor. Bowe Bergdahl is a traitor. He willingly left his post and his fellow soldiers to go on a spiritual stroll in Afghanistan, convert to Islam and ultimately join up with the Taliban ... and in so doing cost us the lives of great soldiers who were tasked with finding him."

Why you should care: Apparently for some people, being kidnapped and possibly subjected to serious mistreatment by his Taliban captors for nearly five years isn't enough — now that they have him back, some think the military should prosecute him for going AWOL.

Soldiers who served with Bergdahl may have a right to be angry. But hopefully it can close an ugly chapter of a slowly-ending war. As Bethea writes:

"I forgave Bergdahl because it was the only way to move on. I wouldn't wish his fate on anyone. I hope that, in time, my comrades can make peace with him, too. That peace will look different for every person. We may have all come home, but learning to leave the war behind is not a quick or easy thing. Some will struggle with it for the rest of their lives. Some will never have the opportunity.""And Bergdahl, all I can say is this: Welcome back. I'm glad it's over. There was a spot reserved for you on the return flight, but we had to leave without you, man. You're probably going to have to find your own way home."

But for some people, the same rescue means Bergdahl is the new Benghazi — and news that the White House may have broken the letter of federal law has really got them steamed.

Fortunately, most Americans still see this as a feel-good story, the same way when Israelis agreed to trade not five but 1,027 Palestinian prisoners for Gilad Shalit. The price was high, but the price of walking away from our obligations to those left behind is higher.

And whatever Bergdahl's sins may be, they'll likely fall on his conscience, not his record. Defense Secretary Chuck Hagel says that "Our first priority is assuring his well-being and his health and getting him reunited with his family," while another senior Defense official told CNN that "five years is enough."