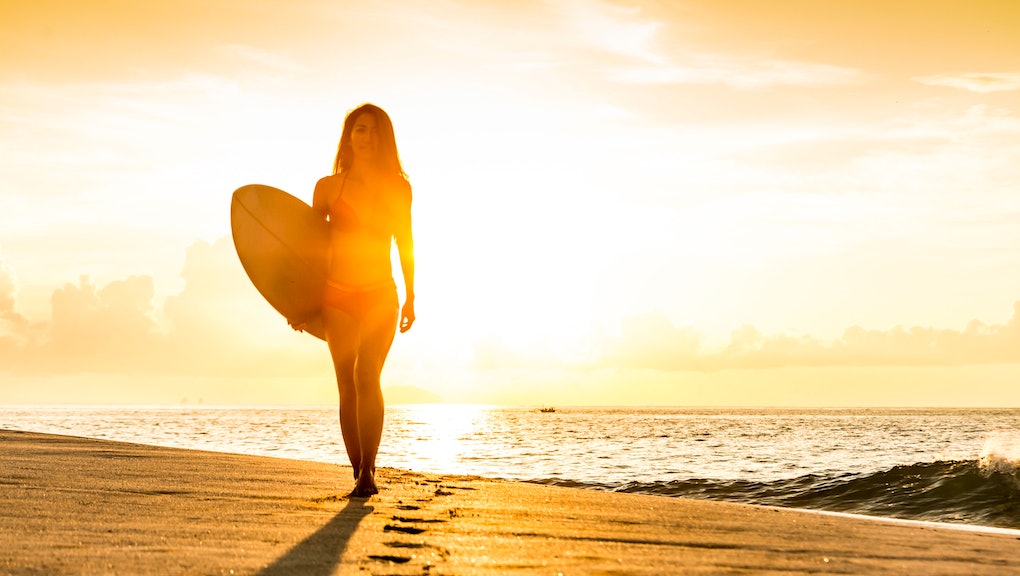 The news: Remember that pink sunscreen bottle with the little blonde girl getting her bathing suit bottom pulled off by a dog? It's not just nostalgia and marketing. New research shows there's actually a very good reason to focus on sunscreen and children.

Scientists recently found that getting five or more blistering sunburns as a child or teen dramatically increases your chances of developing skin cancer, including potentially deadly melanomas, as an adult.

It's important to keep in mind that the lifetime risk of developing melanoma remains relatively low, but those with fair skin are the most vulnerable. One out of every 50 white people will develop this severe type of cancer over their lifetimes, while 1 in 200 Latinos and 1 in 1,000 black people will.

Why this matters: Since 1992, melanoma rates in white American women ages 15 to 39 have risen 3% each year. And scientists aren't just worried about outdoor sun exposure: A study released last year found that one-third of white high school girls went to tanning salons regularly. The Centers for Disease Control and Prevention estimates that indoor tanning causes close to 420,000 cases of skin cancer annually, about twice the number of cases of lung cancer that result from smoking each year.

The background: Skin cancer is the most common type of cancer in the United States, with more than 60,000 people diagnosed in 2010. Although most forms of skin cancer are not deadly, melanoma can be. Melanoma occurs when something, usually excessive sun exposure, damages the DNA in skin cells, causing them to replicate out of control until they form a mass of cancerous cells.

For their study, researchers at the Warren Alpert Medical School at Brown University asked more than 100,000 white people — those most at risk for skin cancer — how many blistering sunburns they had gotten between ages 15 and 20. The researchers checked in with the participants every few years for two decades. Those who said they had at least five severe sunburns in that time period had an 80% higher risk of melanoma and a 68% greater risk of the two most common (but far less deadly) forms of skin cancer, basal cell and squamous cell carcinoma, than those who had fewer than five bad burns.

Looks like now's as good a time as ever to keep slathering on that sunscreen.