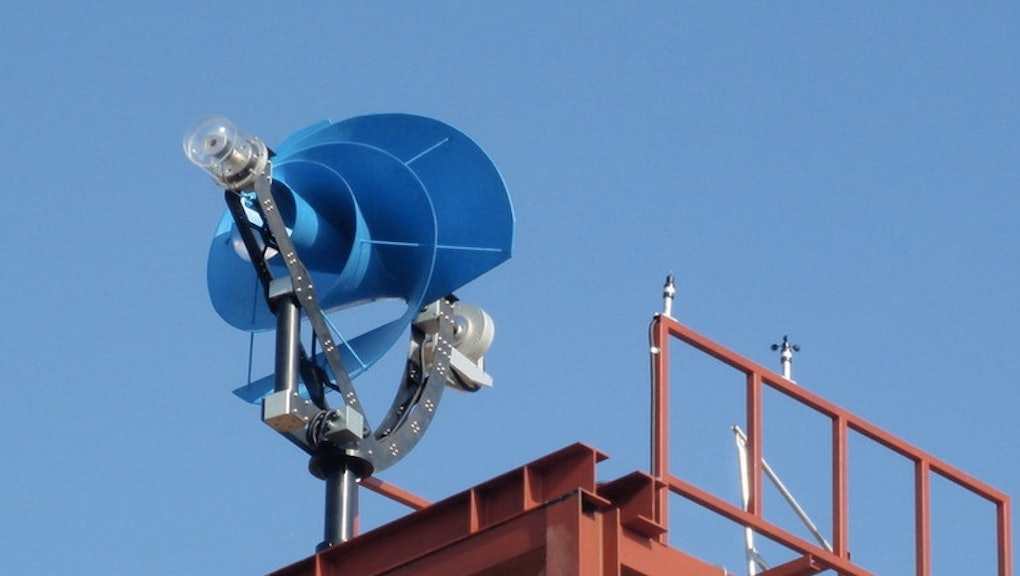 This Silent Rooftop Turbine Could Generate Half of Your Home's Energy

The news: While wind power is one of the cleanest sources of renewable energy in the world — and the top source for new U.S. electricity generation as of 2012 — many people still take issue with turbines and their noise. Though some people living near turbines say that the low hum doesn't cause much trouble, others report daily annoyance, with some controversially linking the noise to physical ailments.

But a Dutch company called Archimedes has set out to change that mindset by releasing the Liam F1 Urban Wind Turbine, a $5,400 model set to roll out next January. The company promises to boost efficiency and cut your electricity bill, while making little to no noise in the process.

"This compact wind turbine, with a diameter of only 5 feet, will cause a revolution in the world of generating electrical power and resistance theories," the company said in a statement. "An additional environmental advantage to the customer: The Liam F1 is virtually silent, easily fits on the roof of a house just as solar panels but does not have the disadvantages of conventional wind turbines."

How does it work? The Archimedes is named after the famous Greek mathematician and engineer, and the company's wind turbine fittingly combines its namesake's screw pump design with that of a nautilus. The result can produce 1,500 kWh of energy at wind speeds of 5m/s — approximately half an average household's energy use. That's also about 80% of the maximum possible energy yield, as opposed to traditional windmills' efficiency of 50%.

And not only does the turbine's design make it more efficient, it also allows for quieter operation since there are no long blades slicing through the air. Like a weather vane, it automatically faces the direction of the wind and quietly starts turning.

It remains to be seen whether the Archimedes' wind turbine can deliver on all its promises. Nevertheless, it's a major step toward smarter, greener technology that we desperately need.