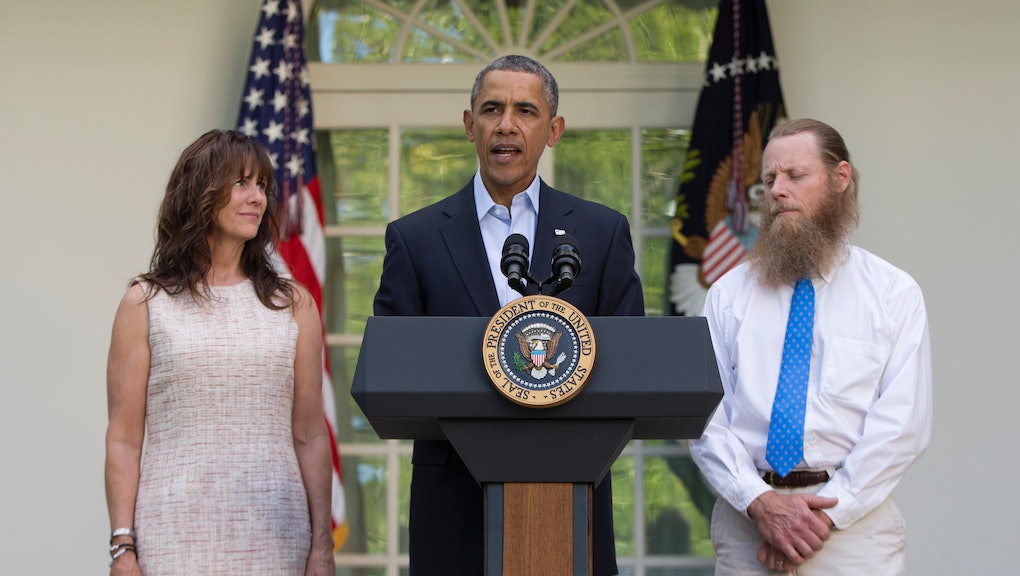 Mic Check – The Bergdahl Saga Continues, Syria 'Votes' and the End of Handwriting

You're reading the new edition of Mic Check, PolicyMic's daily guide to the most important news and ideas right now.

Syria’s presidential election: Tens of thousands of Syrians headed to the polls Tuesday to cast their vote in the country's presidential election. The election has been decried by the opposition as a "charade" as sitting President Bashar al-Assad seeks to end the devastating three-year conflict that has killed more than 160,000 and displaced more than 2.5 million since 2011. The Financial Times puts it nicely: "President Assad has made a wasteland and called it peace."

+ For an in-depth look at Syria’s election and the devastating costs of the country’s ongoing civil war, visit Syria Deeply.

What it was like to be a Chinese soldier in Tiananmen Square: Chen Guang was a 17-year-old soldier in the Chinese Army when he was ordered to clear student protesters from Tiananmen Square. He described the experience to the New York Times' Andrew Jacobs: "In the beginning they told us we were coming to Beijing to maintain order. But after we arrived, we learned it was actually to impose martial law. What we were told was that the students leading the anti-corruption campaign were good, but among them were a few bad eggs who were influencing them. 'The situation is critical, and many institutions and bureaucracies are collapsing,' we were told. We were brainwashed. We were told 'Listen to the Central Military Commission and obey the party’s orders.'"

Mic Check is carefully and dutifully assembled each day by Jared Keller. Did we miss something you wanted to read about? Want to see us focus on an under-covered issue? Have a tip for the next edition? Email jared@policymic.com.

An earlier version of this article failed to cite a passage from the Guardian in accordance with Mic editorial standards. The article has been updated to properly attribute the language to the Guardian.