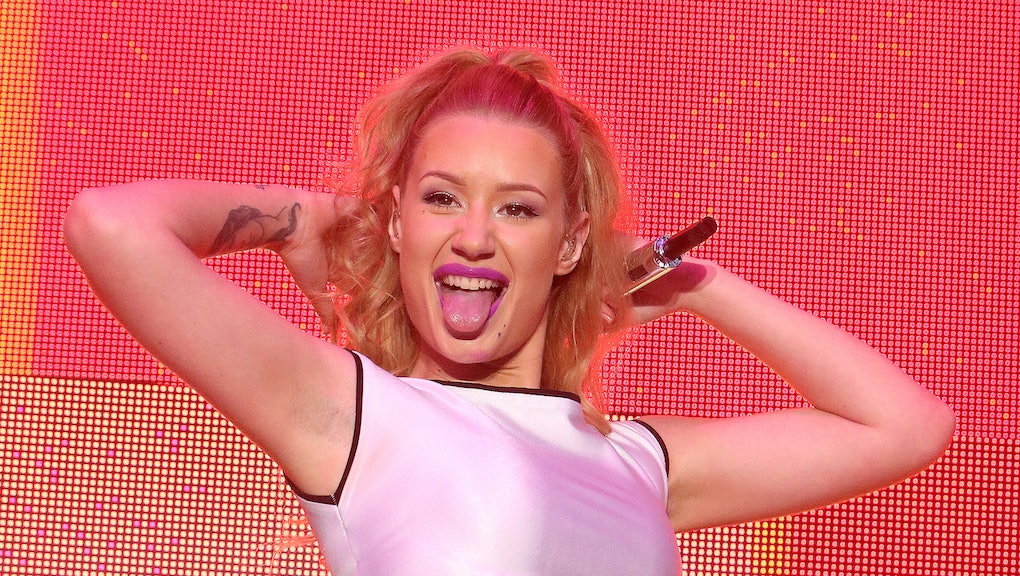 Summer has long been America's favorite season — school's out, love is in the air and the pool is finally open. For the last half-century or so, summer has also proven to be a season of monomaniacal musical fixation. For three months, we listen to one song and one song only: the "song of the summer." The song of the summer has become the dream of both established and emerging artists, a holy grail that caps the year in sales and style. It defines a whole year's worth of music.

But it's a strange phenomenon, if you think about it. Why do we have songs of the summer rather than any other season? Why are we all so curious about what the song will be, as if it were some unofficial, all-important competition?

Each year, rumblings about which artist will take the coveted summer crown begin in late spring and seize the music world's attention. This year has already brought forth myriad opinions, with front-runners ranging from Australian emcee Iggy Azalea to the holographically reincarnated Michael Jackson, a race to the finish that, right now, is still anyone's game. People have been writing songs about summer for decades, but we've only just started realizing how important summer songs are.

That's because we're experiencing the rebirth of the song. When Apple introduced the iTunes store in 2003, sales of singles were only a small fraction of record companies' already declining, post-Napster profits. Flash forward to the present, with nearly 1.3 billion digital tracks sold in 2013, and it's easy to see why singles dominate discussions about music rather than albums. There's an even bigger reason the industry gets so focused on songs when the weather gets hot: Albums don't sell in the summer. So, when the weather gets warm, the song becomes almighty, and labels enter a fierce competition to win the title.

There's a lot of pressure, then, on coming up with a reliable hit, and the industry has developed a few formulae for what makes a summer song. There is a science to releasing the right song at the right time: The top-performing summer songs of the last decade (with the exception of LMFAO's "Party Rock Anthem" released Jan. 25, 2011) all came out in the summer song sweet spot of mid-March to mid-May, allowing for just the right amount of build-up to occur. They all tend to be fast and around 3:48 in length. You can tell a summer song the same way you know summer — by how quickly it's over.

But there's more to a summer song than length and structure; they share a common spirit. One dominant trait of summer songs is that they feel of-the-moment, as if they couldn't have existed before. For instance, writing songs that introduce a dance is one of the oldest tricks in the book, because as such songs create a movement that feels fresh and urgent. Over the last 100 years, summer hits like James P. Johnson's "The Charleston," Bing Crosby's "Shadow Waltz," Los Del Rio's "Macarena" and Psy's "Gangnam Style" have taken this trend straight to the bank, dancing the whole way there.

Summer songs become social events by starting dance crazes and permeating the humid air. Studios often approximate that feeling even in non-dance songs by making culturally relevant claims. Way back in the day, George M. Cohan's World War I propaganda anthem "Over There" certainly did that. It may not share immediate similarities with Eminem's celebrity culture-bashing "The Real Slim Shady," but both found summer success through engaging the important events of the day and suggesting that they were already in the conversation. Sometimes that just means that summer songs get meta, like Don Henley's nostalgarama "Boys of Summer" and Nelly's ode to sweaty seduction "Hot in Herre."

That's a feeling that collaborations provide too. Few things feel more momentous than seeing two of the biggest stars of the day joining forces for one iconic song. Some of music's biggest collaborations have taken place in the summer months. From Carole King and James Taylor's "You've Got a Friend" to Bey and Jay's "Crazy In Love," music proves summer love isn't just for teenagers in ice cream shops.

The song of the summer, then, is the product of an industry — actually, the product of an ailing industry. But there's still something magical about it. Every year, the formula changes a bit. Summer is and always has been a moment for the industry to be great again, for one song to get us all listening together. It's not predictable. There's always room for something strange. How else could you explain the oversexed Canadian son of that guy from Growing Pains sweeping 2013 with a catchy and slightly creepy song that defined a year's worth of pop culture conversation?

One thing is clear: Whether the soundtrack to a summer job, a first kiss or a drive with the windows down, there's something special about a summer song.