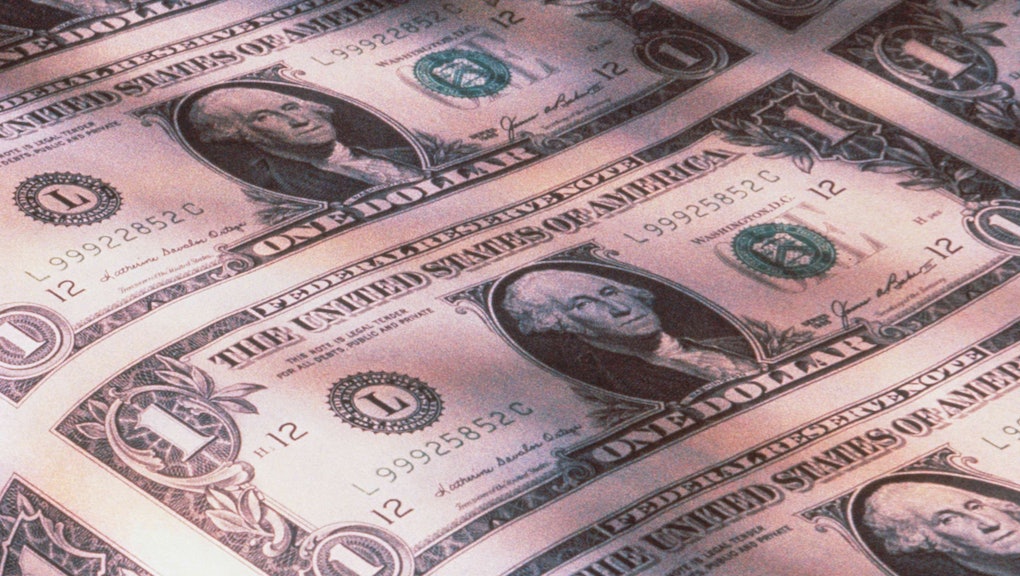 The news: Vermont wants money out of politics, and it wants to amend the U.S. Constitution to do it.

Last week, Vermont's state House and Senate voted to back a constitutional convention designed to "limit the corrupting influence of money in our electoral process." The state also called to overturn the Supreme Court's 2010 decision in Citizens United v. FEC, which created super PACs able to accept unlimited donations and triggered a wave of so-called "dark money" organizations that don't have to disclose their donors.

Essentially, Vermont wants to make it known it does not consider money to be the same thing as speech and thinks that a constitutional amendment sponsored by the states could reverse the flow of money into our electoral system.

Former Supreme Court Justice John Paul Stevens is "on board" and wants to sponsor an amendment that would say the First Amendment can't keep Congress "from imposing reasonable limits on the amount of money that candidates for public office, or their supporters, may spend in election campaigns." Also backing the campaign is Wolf PAC, headed up by the Young Turks host Cenk Uygur. Wolf PAC was launched in 2011 to investigate the possibility that unlike the feds, state governments "are not, at this moment in time, completely blinded by the influence of money."

"We exist for only one purpose and that's to get a 28th amendment to get all money out of politics. (Uygur) has this thing where in almost every story he keeps coming back to ‘whoever has more money wins.' But he didn't want to just be negative, he wanted there to be a way to fix it," organizing director Mike Monetta told VTDigger. He adds that as many as 10 other states are already considering similar actions.

Why do we need to change the U.S. Constitution? Money has poured into the U.S. electoral system at an unprecedented rate since Citizens United. According to OpenSecrets, super PACs spent more than $600 million in the 2012 election cycle.

Under Citizens United, it's possible to set up political organizations that have no money trail. Here's a vivid example. With the on-air help of former FEC Chairman Trevor Potter, Stephen Colbert was able to simulate the process to set up a 501(c)(4) "shell corporation" that could funnel anonymous donations to his super PAC Americans For a Better Tomorrow, Tomorrow:

For a more direct example, the 2012 Wisconsin gubernatorial recall vote (a disaster for Democrats) cost around $137 million. Groups claiming to act independently spent around $70 million of that money, and according to the Daily Beast, a huge portion of that money was from undisclosed out-of-state donors. And now a Wisconsin judge has shut down an investigation into whether supporters of Wisconsin Gov. Scott Walker illegally coordinated with those groups under the claim that it was political speech in what will be another highly contested decision.

If you think that corporations, super PACs and rich donors from other states shouldn't be able to manipulate your elections and fear that restrictions on money in politics could get even looser, then changing the U.S. Constitution to get around Citizens United would be a legitimate if difficult route.

How would they pull it off? Thirty-four state legislatures would need to vote to cause a constitutional convention, and that's just to propose amendments. Then, 38 states would need to ratify any amendments before they could become law. States would be free to appoint delegates from local or state elected positions, or they could vote on who to send to the convention. According to VTDigger, about 49 states have at some point voted to propose around 900 amendments.

No one has ever successfully proposed an amendment by going through the states. Historically, amendments have been proposed by the alternate route of seeking approval from two-thirds of both houses of the U.S. Congress. So the bar for this proposed amendment would be set very high indeed.

Some say there's a little danger in getting the states to call for a convention. Law professors argue that since a convention would likely have the power to nominate whatever amendments it wants, a so-called "runaway convention" could end up being used to propose amendments that aren't necessarily linked to the original intent of the vote. If Wolf PAC or other regional groups successfully convinced two-thirds of the states to call for a convention, it could be hijacked by the other side of the aisle.

For example, 22 states have actively signed on to a balanced budget amendment for the federal government. Other possibilities could be even more extreme, like a ban on abortion, outlawing gun control measures, or even granting states the power to nullify federal laws. (The Goldwater Institute is quick to note that historically, this simply hasn't happened, and an improbable 38 states would need to approve any such extreme modifications to the Constitution.)

For the meantime, Vermont still needs to help build momentum in 33 other states. That's a really tall order, and it's never been done before.