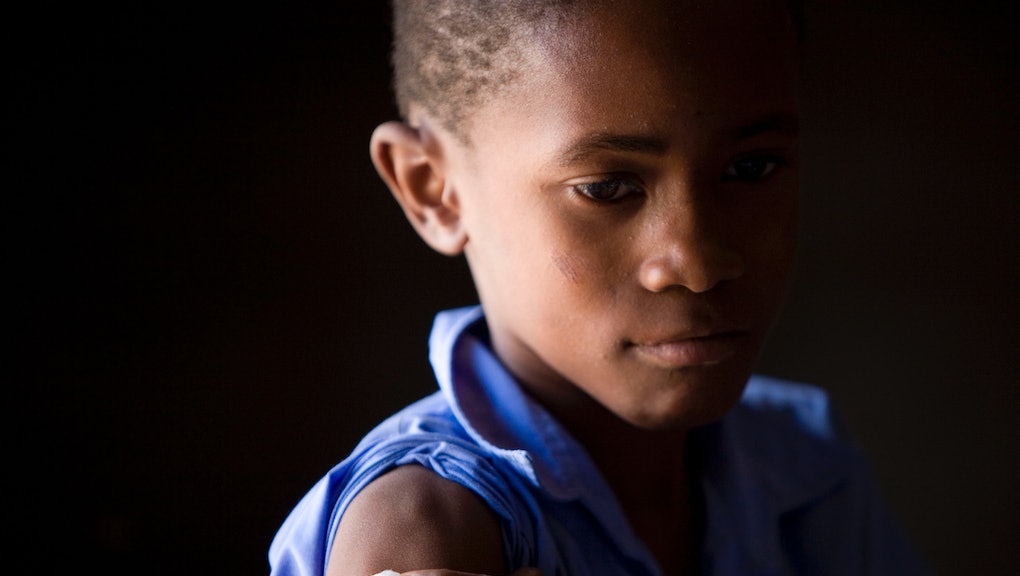 The United States recently earned a health distinction unlike any it has received in the past 20 years: A huge spike in the number of people with measles.

It may sound innocuous, but this contagious respiratory disease is merely a symptom of a larger problem: The U.S. is failing to vaccinate. Across the globe, 108 other countries, including Kenya, Bangladesh and Cambodia, had higher rates of measles vaccination than the United States.

This year, more than 300 people have been diagnosed with measles, five times more than were declared ill during the last outbreak in 1994. Measles is not the only disease that's cropped up in recent years as a result of people choosing not to be inoculated. In 2012, the Centers for Disease Control and Prevention confirmed nearly 50,000 cases of whooping cough across the country, bringing the U.S. to the distinction of having its largest outbreak since 1955.

The flare-ups could have been avoided. Deciding not to vaccinate is not simply a personal choice. Parents who deny their children immunizations against infectious disease are, beyond putting their kids and themselves at increased risk of infection, directly increasing the chances that other children and families will get sick.

This trend is so measurable that the CDC has coined a term — herd immunity —to describe it. The logic of herd immunity goes like this: When a sizable portion of a community is immunized against a contagious disease, the opportunity for an outbreak shrinks. As a result, most people in that community — regardless of whether they've all been inoculated — are protected against the disease. When a few people choose not to be vaccinated against a disease, they open up a weak point in the population where illness can fester. And spread.

Public health researchers have confirmed the link between a growing number of Americans who choose not to vaccinate and the recent surge in U.S. outbreaks. Researchers at the Johns Hopkins Bloomberg School of Public Health in Baltimore and at the Emory School of Public Health who studied the California whooping cough outbreak found that people living in areas with high numbers of people who refused to vaccinate were 2.5 times more likely to live in a place with a lot of whooping cough cases.

The U.S. has already shown it can be a world leader in disease prevention. It just needs to remember how.