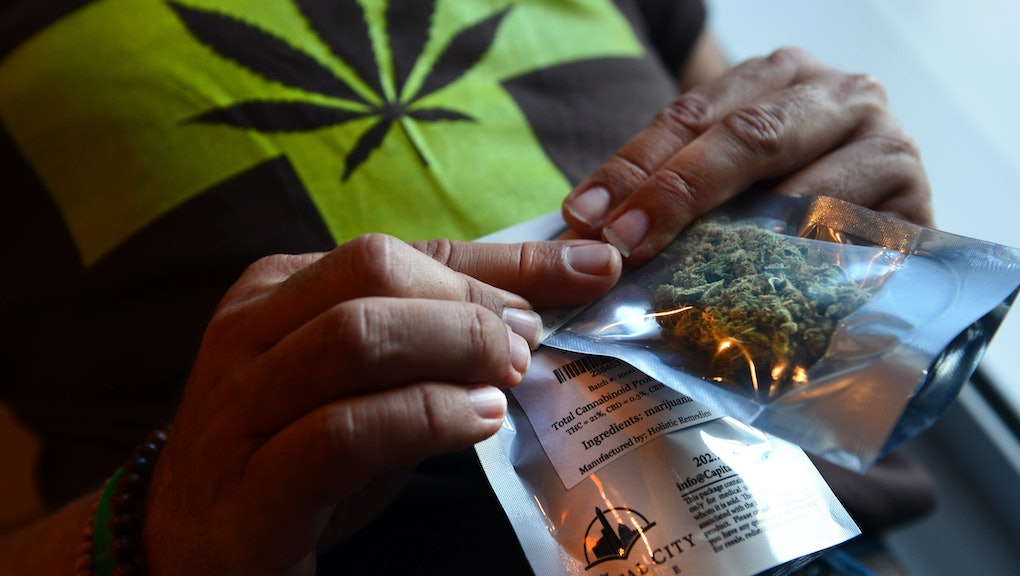 The news: Scientists have big news for people suffering from arthritis, colitis and lupus: Medical marijuana can help reduce some of the most painful effects of their conditions.

These autoimmune diseases — and a host of others — affect the body by tripping its defense system, shooting it into overdrive. Scientists aren't sure exactly what causes the immune system to turn on itself, but the results can leave large swaths of tissue swollen and inflamed.

Marijuana, as it turns out, combats this painful process by changing the way our genes are expressed, researchers at the University of South Carolina found.

The research, published in the May edition of The Journal of Biological Chemistry, builds on previous studies showing that the main psychoactive agent in weed, THC, could quell festering, raw tissues by suppressing the body's immune system.

How it works: The ability to alter gene expression isn't unique to weed; scientists have seen other behaviors, from smoking cigarettes to surviving a famine, alter the genes that stick around, lingering even in our children's DNA.

But back to the weed. Reducing inflammation is only one of the benefits it has been linked to so far. Recent studies have also documented its ability to:

1. Relieve Pain: Marijuana's anti-inflammatory pain relief has shown to be effective in treating a host of autoimmune diseases, such as lupus and colitis. The effects may even be more powerful than that of traditional pain relievers.

2. Alleviate Glaucoma: Glaucoma is caused by an increase in eye pressure that can leave its sufferers blind if left untreated. Weed's active ingredient has been found to reduce that pressure, though it might only last a few hours.

3. Calm Epilepsy: In December, the FDA approved studying the efficacy of medicinal marijuana in treating pediatric epilepsy. Research has shown that it can alleviate symptoms of Tourette's in certain cases as well.

A Colorado non-profit has already developed a strain called "Charlotte's Web," which they provide free to those who suffer from epilepsy, Parkinson's and similar conditions. The strain is named after a 6-year-old epileptic patient who inspired the move.

4. Curtail Nausea: In 2001, a team of researchers reviewed 30 studies that looked at the effects of synthetic forms of THC on nausea and vomiting and concluded that the THC drugs were better at reducing both symptoms than a placebo. Patients also preferred the weed-based drugs.

5. Stimulate Appetite (no surprise): THC makes us hungrier by mimicking substances that are already present in our bodies that stimulate eating behavior.

Beyond giving healthy people the munchies, it can help patients with cancer and HIV/AIDS who've lost their appetite as a result of aggressive chemical treatment by improving their mood, sleep cycle and ability to taste food.