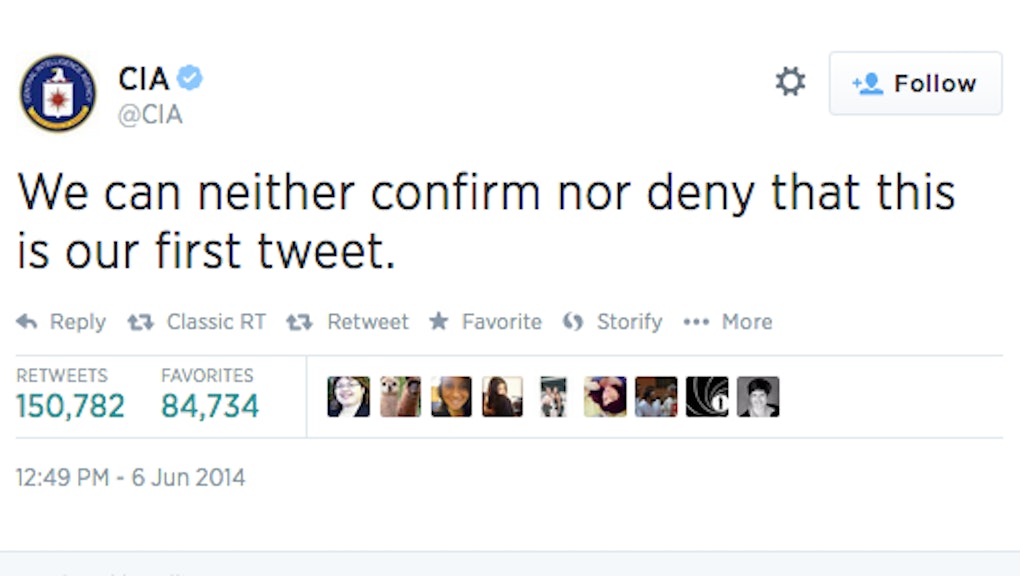 The Glomar Explorer, as WNYC’s Radiolab explains, was built by the CIA with help from Howard Hughes for the six year (1968-1974) Project Azorian. Project Azorian was a secret, ambitious endeavor to salvage and examine a Soviet Golf-II class submarine — and its three one-megaton nuclear missiles — which had sunk  to the bottom of the ocean floor 1,560 miles northwest of Hawaii. As Project Azorian developed, Seymour Hersh sniffed a story, but the CIA successfully convinced The New York Times to suppress publication.

Funny tweets, one of the best ways to get people's attention on the increasingly busy social Web (see: this story you're reading right now), are a content monkey's best friend. Naturally, every digital journalist with a pulse raced to get a story up about this hilarious tweet and how hilarious it is. Awl proprieter Choire Sicha summed up the digital gold rush nicely (and yes, in a tweet):

Gawker's Adam Weinstein had the fastest and most on-the-nose response to this kneejerk fawning, but it's actually the New York Review of Books — a publication not necessarily known for it's Internet savvy — that laid out the perfect welcome for the Central Intelligence Agency:

Each tweet links to a New York Review of Books article entitled "U.S. Torture: Voices From the Black Sites", a lengthy review of the International Red Cross's 2009 Report on the Treatment of Fourteen “High Value Detainees” in CIA Custody.