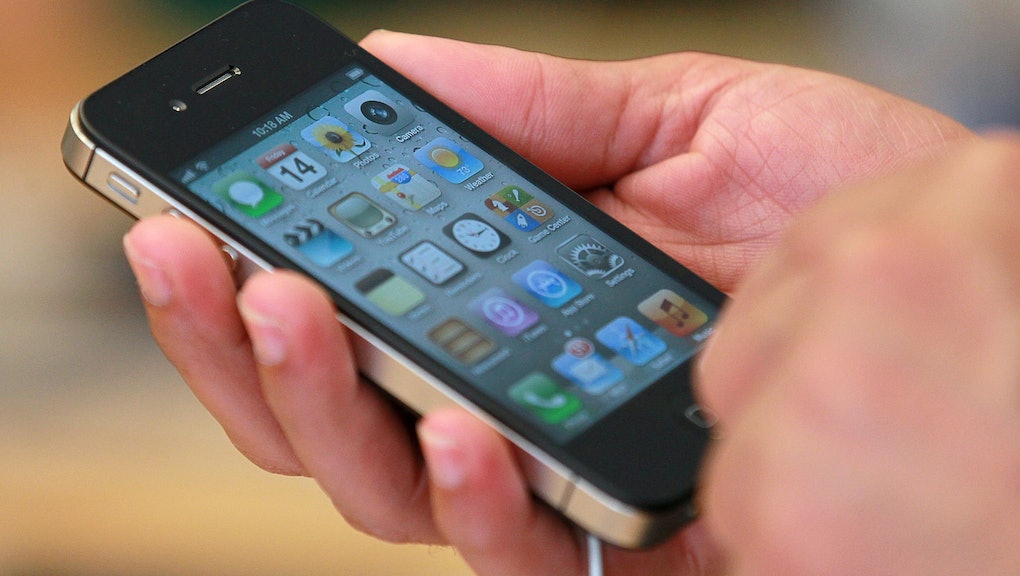 There are few things more annoying than accidentally dropping your new smartphone and watching it tumble just a few feet before shattering. The phone might still be usable, but now you're left with a screen that's hard to read and not nearly as pretty as what Tim Cook promised. But scientists from the University of Akron may have just discovered a solution to save these fragile smartphones.

In studies published in the journal ACS Nano, lead researcher Yu Zhu, assistant professor of polymer science at University of Akron, and his team claim to have created a transparent electrode that could make phones shatterproof. By coating a polymer surface with a transparent layer of electrodes, the team was able to dramatically improve surface toughness and flexibility.

"In addition to state of art performance, the transparent electrodes also exhibit outstanding toughness," according to the study's abstract. "They can withstand repeated scotch tape peeling and various bending tests. The method for making the metal nanowire is scalable, and a touch screen on flexible substrate is demonstrated."

A better product: Unlike current smartphone touchscreens, which are coated with a brittle indium tin oxide (ITO), Zhu's team's solution would be less expensive, more durable and more flexible than current options. At the same time, it would also be just as transparent and possibly more conductive, potentially making the surface even more responsive to finger-swipes.

"These two pronounced factors drive the need to substitute ITO with a cost-effective and flexible conductive transparent film," Zhu said in a news release. "We expect this film to emerge on the market as a true ITO competitor. The annoying problem of cracked smart phone screens may be solved once and for all with this flexible touch screen."

Annoying indeed: But also very expensive. In 2012, one study found that Americans had spent $5.9 billion on damaged iPhones in the past five years. A 2013 survey revealed that nearly one-quarter of iPhone users continued using their iPhone after the screen had cracked or broken. Though iPhones and similar smart phones have become somewhat less expensive over the years, relatively high costs means a cracked phone screen result in either a hefty repair bill or dealing with a less-than-perfect screen.

This should be good news for the smartphone industry. Manufacturers should be happy to have a new, less expensive, stronger material to use in their products and make their customers happier. However, if you believe those who say companies purposely produce inferior products to keep you paying year after year, then the manufacturers may not be so pleased with Zhu's work. Either way, this is a welcome scientific advancement for the clumsier among us.