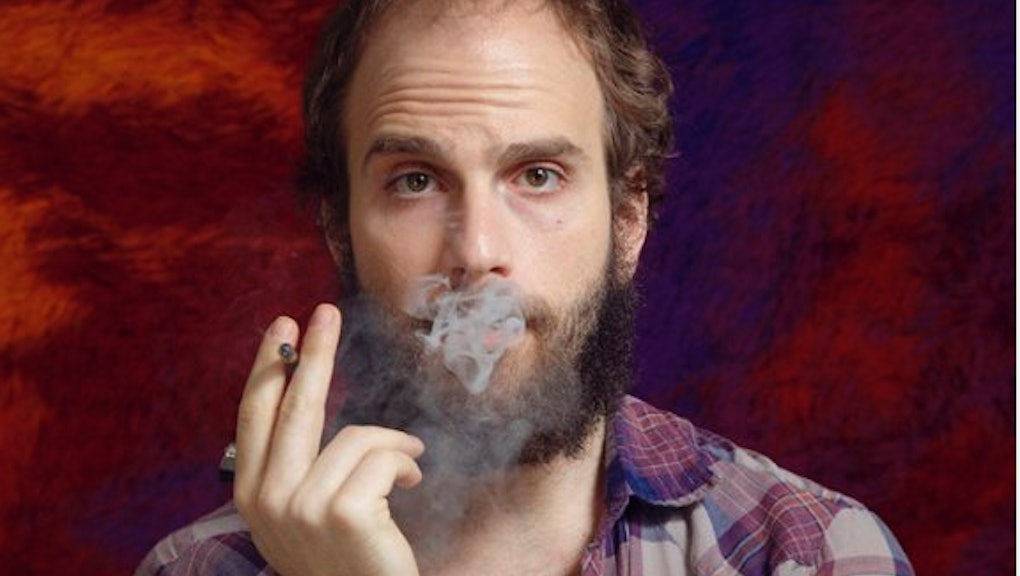 If You Love 'Orange is the New Black,' You Should Watch This Fantastic New Web Series

If you've already binge-watched your way through the second season of Netflix's Orange Is the New Black, avail yourself of the opportunity to watch one of its creator's favorite new shows: High Maintenance. A critically acclaimed web series that follows a pot dealer and his many clients, OITNB showrunner Jenji Kohan, who binge-watched the whole series during a bout of insomnia, remarked that the show offers "beautiful glimpses into people's lives." With each episode focusing on a new set of characters, the show offers a liberating look at narrative free of its traditional constraints.

Each episode of High Maintenance shows a short story-like attention to detail, like Comedy Central's Broad City as told by Woody Allen or Nicole Holofcener. The segments vary in length between five and 12 minutes, and give the story room to roam through these characters' universes, as seen in miniature. As viewers follow an unnamed pot dealer (referred to as "the Guy") throughout a typical day in the business, High Maintenance gives the effect of stumbling onto peoples' lives.

Like in Orange Is the New Black, which focuses on a new backstory each episode, the overlapping stories that High Maintenance tells are both brutally honest about its characters' neuroses, insecurities and failures, and deeply humane. In "Jamie," the Guy helps two of his customers kill a mouse they caught in their glue trap after they attempt to "gas it" with cooking spray. After he knocks the rodent out with weed, the Guy beats the poor creature to death with a pan. One of the women looks at him blankly and chides, "I just seasoned that pan."

The episodes are filled with these keenly observed moments; in "Trixie," a couple opens up their apartment to rental on Airbnb, only to find their chicken being casually stolen by their fur coat-wearing guests. Although it's focused on a different class, the upwardly mobile and aspirationally hip, High Maintenance shares with Orange Is the New Black a focus on the daily struggles of those trying to get by any way they know how, whether it's selling marijuana or allowing foreigners to trash your house at a reasonable price.

While offering a comic look at a world outside our own apartments, High Maintenance isn't just one of the Internet's best series. It's also one of the most important. There's a reason that people like OITNB's Taystee and Poussey end up in prison: because we often don't see drug dealers or criminals as people like us. After seeing the show, a district court judge told Natasha Lyonne (who plays Nicky on OITNB) that she'd never thought of the people she puts away as people before.

Everyone on High Maintenance is technically a drug dealer, an abuser or an offender — a character who (in another life) could end up at Litchfield with Piper Chapman. High Maintenance doesn't have the overtly political agenda that OITNB does, and its characters are too stoned, selfish and hungry to think much about prison reform — or anyone besides themselves. But as the show tests the boundaries of the stories we can tell, it's also a reminder that even as we're walled away in our apartments, we're deeply connected to others' realities. It's all a matter of circumstance.