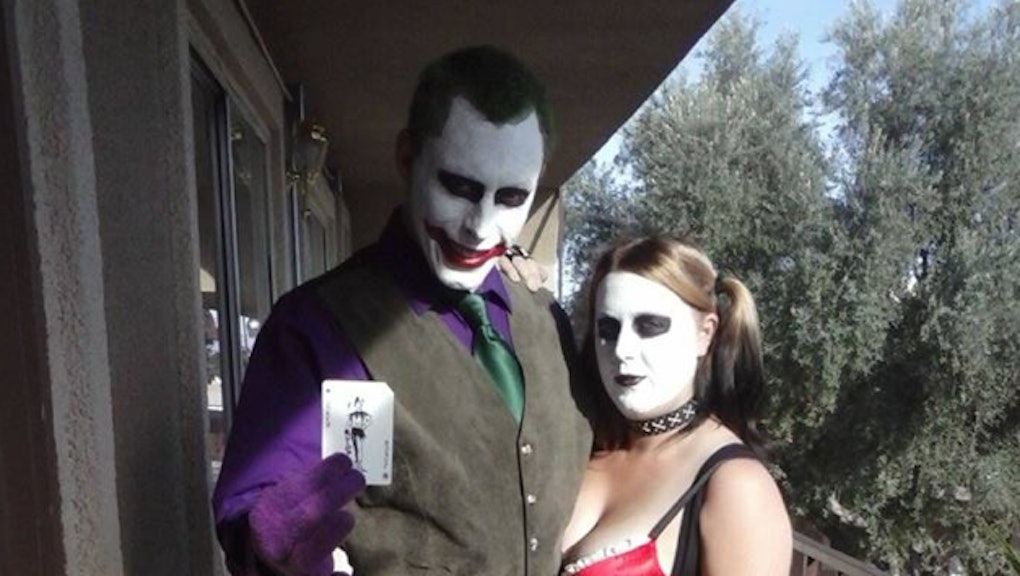 The news: A white married couple who shot and killed two police officers and one other in Las Vegas before killing themselves have "some apparent ideology that is along the lines of militia and white supremacists," say authorities.

The suspects, Jerad and Amanda Miller, left a swastika, "Don't Tread On Me" flag, and a note that said "This is the beginning of a revolution" on the body of one of the officers gunned down in a Cici's Pizza during their lunch break. Mother Jones reports the two "espoused extreme pro-gun and anti-government views on their Facebook pages and ... had spent time at the ranch of Cliven Bundy, whose standoff with the federal government made him a cause celebre in the so-called 'patriot' movement."

Jerad Miller was especially eager to support Bundy, a Nevada rancher whose conflict with the federal government over grazing rights culminated in armed posses of militia members gathering to chase federal agents out of Clark County. And he posted lengthy diatribes about gun rights, liberty, and tyranny, while Amanda posted extreme pro-gun messages. Eventually, Jerad was evidently asked to leave the Bundy protest because of his status as a felon.

The motive: Currently, it seems relatively clear that the shooting was in some way related to the Millers' political views. Mother Jones compiled a list of the evidence they left behind on Facebook, including political rants and what, in retrospect, seemed to be a type of manifesto.

He wrote this ahead of Sunday's shooting:

And had right-wing political-inspired posts scattered on his social media:

Here's Jerad interviewing people at the standoff at Bundy's ranch.

In another post dated June 2, Jerad Miller wrote that "May future generations look back upon this time in history with awe and gratitude, for our courage to face tyranny, so that they could live happy and free."

Why you should care: There's more than enough here to scare anyone, especially liberals who might worry that certain right-wing extremists are now asserting their rights with their guns rather than their ballots. And for all the media attention tuning in now, the Department of Homeland Security warned about right-wing extremism all the way back in 2009, and were greeted with scorn and faux outrage from right-wing pundits like Michelle Malkin. Then-Minority Leader Rep. John Boehner (R-Ohio) responded by lambasting the DHS for the very idea that patriotic right-of-center Americans could ever been considered terrorists:

[T]he Secretary of Homeland Security owes the American people an explanation for why she has abandoned using the term 'terrorist' to describe those, such as al Qaeda, who are plotting overseas to kill innocent Americans, while her own Department is using the same term to describe American citizens who disagree with the direction Washington Democrats are taking our nation. Everyone agrees that the Department should be focused on protecting America, but using such broad-based generalizations about the American people is simply outrageous.

That's a pretty harsh description (verging on a blatant lie) of what the DHS report actually said:

DHS/I&A has concluded that white supremacist lone wolves pose the most significant domestic terrorist threat because of their low profile and autonomy — separate from any formalized group — which hampers warning efforts..[...]

The DHS folded, crushing the analyst's career by publicly disavowing his report and slashing his budget. Years later, the author of that report was briefing Congress on tragedies like the 2012 Wisconsin Sikh temple shooting (perpetrated by white supremacist Wade Michael Page). Violent right-wing extremism, it seems, remains alive and well in America, and some experts worry that now or in the future it could become as big a threat as Islamic terrorism posed over the past decade. By some measurements, it already does. With the exception of 9/11, right-wing extremism has become responsible for more instances of violence than Islamic ones every year in the United States. For a more comprehensive rundown of how right-wing violence has affected the U.S., Peter Bergman and David Sterman have a comprehensive rundown here.

The Millers' actions undoubtedly remain their own, but maybe certain politicians could stand to think twice before irresponsibly stoking the flames of the anti-government movement. And perhaps the next time security agencies warn about far-right extremist movements, they could be taken seriously.

At the same time, there's no need for immediate panic. Terrorism is still very unlikely to directly affect you, regardless of the cause or type. But there's still good reason to consider political extremism a contributing factor to episodic violence across the country and to try to figure out better ways to defuse it.