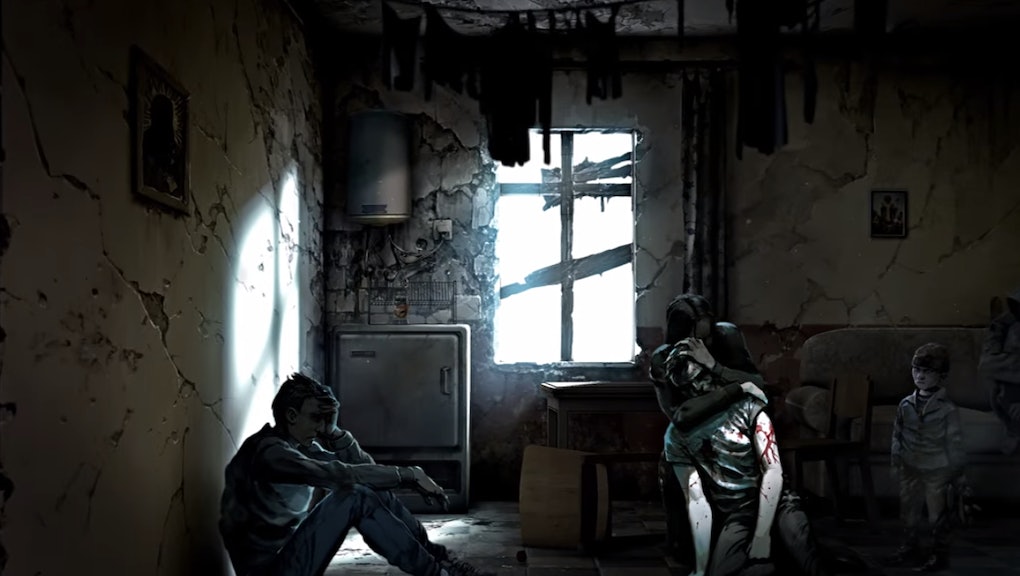 There are thousands of war-themed video games, but how many of them place you in the mind of a civilian bearing the brunt of war?

A new war-based video game "This War of Mine," goes beyond the generic narrative of soldiers protecting their country, as gamers deal with the stress of making life and death decisions to survive a war-torn city.

The game puts gamers into the shoes of innocent civilians, who must eventually take arms to defend themselves. This role reversal from civilian to combatant raises ethical questions about war, where players must do anything to survive.

It's a situation that doesn't sound far off from what is happening in Syria today: The bloody conflict's death toll has now surpassed 160,000, according to the Syrian Observatory for Human Rights. It's a conflict that has now stretched over three years — forcing approximately 9 million Syrians to flee their homes.

The video game was originally inspired by a civilian survival story during the Bosnian War. In Bosnia ‚— and today in Syria — civilians shift into the role of combatants, and the game allows gamers to experience the real-life civilian challenges under war, including securing the hideout from snipers, scavenging for food, or self-defense.

In the game's trailer, soldiers run and fire through a besieged city until the scene pans to the destroyed home of a civilian group. Injured civilians sit in anguish as the trailer reads "In War Not Everyone Is a Soldier," with shots of gunfire and ambulances heard in the background.

More than 100,000 civilians lost their lives in Bosnia, much like the ongoing Syria conflict. The impact of the fighting between the many different rebel groups and the Assad government is most brutally impacting civilians, whether or not they are for or against the regime.

"This War of Mine" is the first game to tell the civilian story — and perhaps it will offer an important glimpse into the real impact of war.