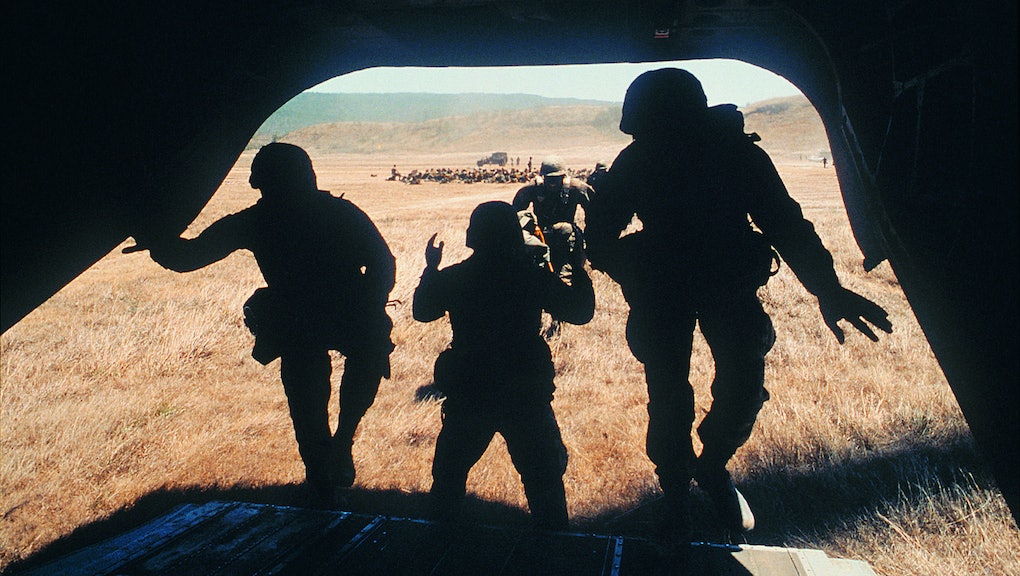 57,000 Reasons Why the Obama Administration Needs to Fix the VA Now

The news: The American government has yet again failed to show its military veterans any kind of serious commitment to their well-being.

Despite the fact that public opinion skews toward thinking more should be done, the government — particularly the Department of Veterans Affairs, which was created to help returning vets — continues to fall short.

The latest entry into this checkered history comes from a report released Monday, which found that more than 57,000 veterans have been waiting three months or longer for their first medical appointment. Even more troubling is the discovery that an additional 64,000 vets were never seen at all — they failed to receive any appointments, despite having been enrolled in the program for a decade

Public furor has been justifiably fierce. According to a Washington Post-ABC News poll, 97% of Americans believe the issue is serious — and 82% think it's "very serious."

Both VA officials and lawmakers have been scrambling to put a band-aid on the problem. VA Secretary Eric Shinseki resigned on May 30, citing a "lack of integrity" throughout the organization. (He initially denied he would leave his post, and President Obama stated in early May that he remained confident in Shinseki.) House Speaker John Boehner (R-Ohio) called the scandal a "national disgrace," and a bill has been introduced to the Senate that would allow veterans to see private doctors if their wait times are too long.

Why is this such a big deal? Besides the sheer absurdity of the scandal — at least 18 vets died while on wait lists — this new report also brings to light a disturbing fact about our government today: The groups that are supposed to help veterans are abject failures, and the government at large isn't doing much to improve things. This isn't a blemish on the face of American politics; it's an oozing, gaping wound that’s been left to decay.

It goes way back. The very first iteration of the VA, the Veterans Bureau, was disbanded after rampant corruption and misuse of funds. In 1974, a Vietnam veteran named Ron Kovic led a 19-day hunger strike to protest inadequate conditions in VA hospitals. Things got bad at the top as well: In 1982, VA director Robert Nimmo, who once described Agent Orange as causing nothing more than "teenage acne" to those exposed to it, resigned amid allegations of chauffeured cars and pricey redecoration projects. And in 2003, a task force established by President George W. Bush found that at least 236,000 veterans were forced to wait six months for their first appointment.

Public attention to these issues hasn't been absent, however; in fact, it's relatively consistent. A 2008 Pew Research poll indicated that 72% of Americans believed the government gave enough support to the troops. A year before that, 8 in 10 Americans said leaders didn't pay enough attention to veterans.

The takeaway: Though you can argue Americans themselves could do more to support vets, it's ultimately up to the government to make the necessary changes.

We're seeing veterans' issues differently than previous generations do; the rate of suicide among younger vets is high, for example, and young vets face have the highest unemployment rates overall. These issues will follow us until the political landscape makes some hard and fast decisions, but it's unclear when that will happen. If Monday's damning report is any indication, we've still got a ways to go.