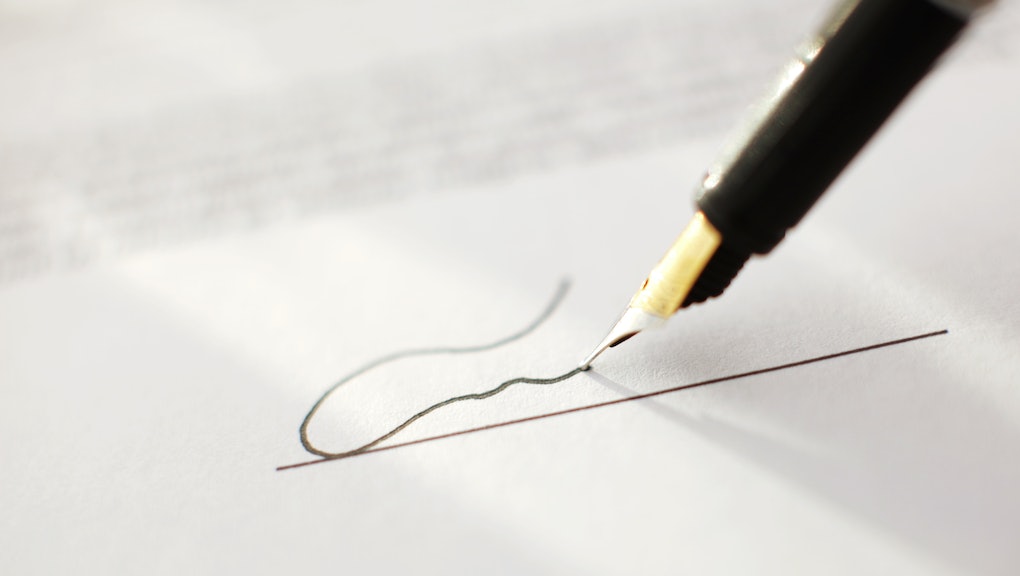 What's In a Name? Turns Out, Your Entire Future

What's in a name? Depending on your socioeconomic status, a lot. A growing body of research is shedding light on how your name shapes the course of your life.

Economist Gregory Clark, who studied the names of 14,449 freshmen at the elite University of Oxford between 2008 and 2013, largely agrees. Here's part of what he found:

Eleanors, Peters and Simons are far more likely than Shanes, Shannons and Paiges to attend the elite university. But according to Clark, the names most likely correlate with class status rather than any kind of insidious name-based discrimination. He told the BBC that before 1800, just four names referred to half of all English men; in 2007, just 7% of English baby boys fell into the top four (Harry, Oliver, Jack and Charlie). Clark says that different names are popular among various social classes and that a recent trend towards unique names acts as social signifiers.

Class status and names: Some unusual names probably are correlated with inherited privilege. In an interview with Freakonomics, University of Chicago political scientist Eric Oliver discussed his recent research that suggested the recent increase in unique names reflects "a way that liberals sort of signal their cultural — for lack of a better word — their sense of cultural superiority." He found that educated mothers tend to choose common names, but highly educated liberals were also more likely to choose uncommon ones, creating "the Esmés and the Unas and the Archimedes and the Emersons." These names are calculated to project class privilege in a way other uncommon names may not be.

Race: Names can also act as a very pronounced racial identifier and that can have some unpleasant or discriminatory effects. For example, Harvard professor Latanya Sweeney estimates that distinctively black American names were more likely to show up in Google Ads for a company called Instant Checkmate, which sells public records. Specifically, Instant Checkmate was 25% more likely to suggest the black names were associated with an arrest record. Something like that could easily torpedo a job application with an ignorant employer.

A well-known 2004 study by Marianne Bertrand and Sendhil Mullainathan found that job applicants with African-American names get "far fewer" call-backs for every resume submitted. And they demonstrated that it would be very difficult for those people to compensate by improving their observable skills or credentials. The results suggest that job training programs that brought black applicants with poor credentials up to speed would not be enough to defeat employers' apparent perception that black applicants were less worthy of their consideration.

Researcher David Figlio analyzed around 55,000 children in a Florida school district, developing a scale to identify which aspects of names correlated with black ethnicity or low-income status. Figlio found that the more poor and black a name sounded according to his scale, the worse the test scores and the less the likelihood of being entered into a gifted program were. The effect was even present among siblings and twins, while schools with more black teachers exhibited the effect less. Figlio concluded that "teachers tend to treat children differently depending on their names, and that these same patterns apparently translate into large differences in test scores."

"Kids who have names [that] from a linguistic perspective are likely to be given by poorly educated parents, those kids ended up being treated differently," Figlio told LiveScience. "They do worse in school and are less likely to be recommended for gifted [classes] and more likely to be classified as learning disabled." He further suggests that children with oddly spelled names may internalize it, resulting in a correlation with slowed spelling and reading capabilities.

So does it really matter all that much? It's possible but seems a little unlikely. For example, research by San Diego State University's Jean Twenge found a correlation between high and low self-esteem and a person's like or dislike of their name. People with high self-esteem like letters in their name, especially the first one. But it might be the lower self-esteem that causes the name-hatred. Likewise, worse outcomes among uncommonly-named black children or black job applicants probably have a lot more to do with prejudicial treatment than anything stemming from the name itself.

Still, names are badges that can signify important information about your race, class status, education level and ethnic origin. The impact this has on a person's life is both highly situational and often subject to others' whims. And when more information enters the picture, the impact of a name can fade.

Finally, thanks to a little phenomenon called "implicit egotism," people tend to be drawn to things that mirror aspects of themselves — like names. Psychologist Brett Pelham found that people named Virginia, Mildred, Jack and Philip congregate in Virginia, Milwaukee, Jacksonville and Philadelphia, suggesting sometimes the effect can be strong indeed.