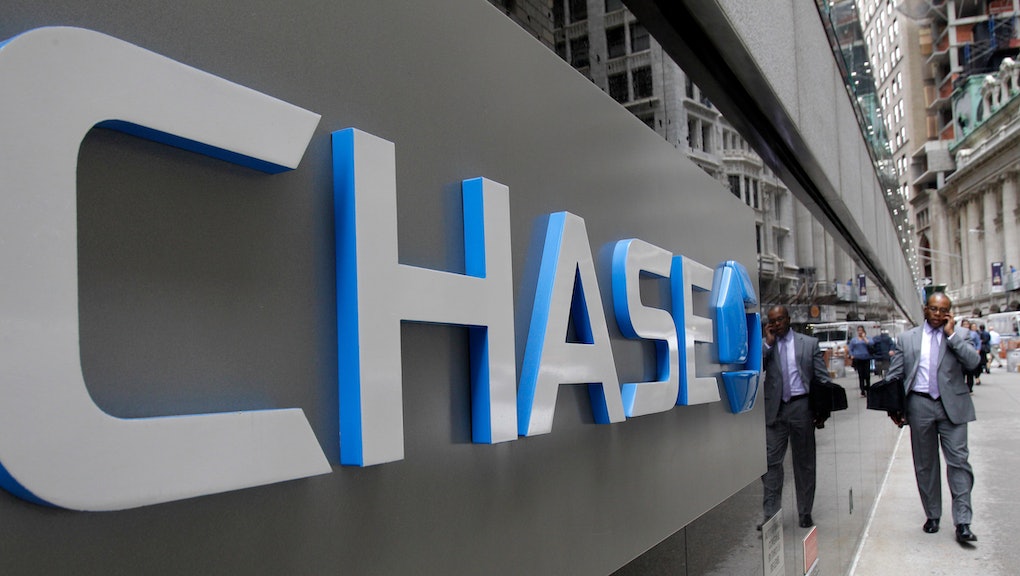 The U.S. Just Took a Major Step to Hold Banks Responsible for the Financial Crisis

The news: The Justice Department is widening its investigation of the subprime mortgage crisis — and they are paying for it with a fittingly ironic source.

Last November, JPMorgan Chase agreed to pay $13 billion in a global settlement over issuing mortgage-backed bonds before the financial crisis. While $4 billion of that will go to the Federal Housing Finance Agency to resolve claims, U.S. attorneys are now hoping to use some of the money to speed up prosecution of other lenders.

What does this mean? While JPMorgan Chase's fine is certainly hefty, the Justice Department has other fish to fry: At least eight other banks — including Citigroup, Royal Bank of Scotland, Credit Suisse AG and Goldman Sachs Group Inc — are reportedly under investigation by U.S. attorneys. After Bank of America failed to meet the settlement request for $17 billion, inside sources claimed that the government was preparing to sue the bank.

And the Justice Department is preparing to go after banks in a big way, even for infractions unrelated to the housing crisis. Prosecutors already secured $2.6 billion in tax penalty from Credit Suisse Group AG last month and are seeking $10 billion from BNP Paribas SA for sanction violations.

"There is a widespread recognition that the banks have not yet been held fully accountable for their origination practices and the harm that did to borrowers, investors and the American economy in general," said Don Hawthorne, a New York-based mortgage-backed securities litigator, to Reuters.

What will happen next? The Justice Department is using the JP Morgan Chase fine to beef up its staff so that they can continue to prosecute more banks. The U.S. Attorney's offices that have been most actively probing banks — New Jersey, Colorado and the Eastern District of California — will receive extra funds to hire more civil prosecutors.

For some, all this prosecutorial action will be too little, too late. After all, it's not as though these lenders will go bankrupt over their fines and they can't reverse the damage they have already done to homeowners. But as they say, it's better late than never — and it's fitting enough that banks are now paying to have their colleagues investigated and brought to justice.