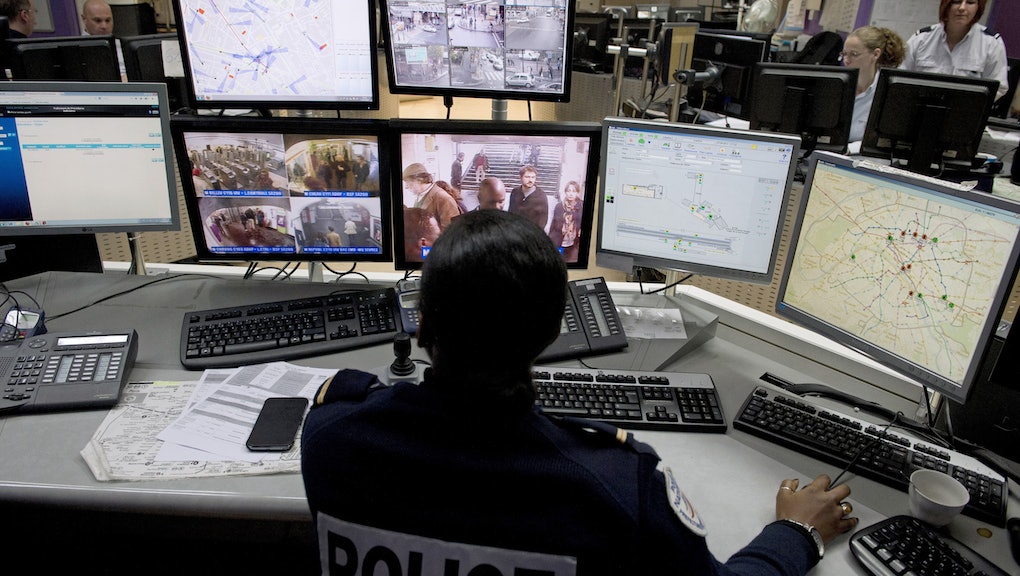 The news: President Obama has time and time again vowed to give the public "transparency." On the White House website, Obama wrote that "government should be transparent" and that his administration is "committed to creating an unprecedented level of openness" to strengthen democracy and promote efficiency.

Meanwhile, the administration is doing the exact opposite. According to a recent AP report, the U.S. government is encouraging local police across the country to hide the fact that they're using surveillance technology to sweep up "basic cellphone data from entire neighborhoods."

According to the AP, the Obama administration is "asking agencies to withhold common information about the equipment, such as how the technology is used and how to turn it on."

Not only is Obama reneging on his recently renewed promise for transparency, but this also indicates that the federal government is intervening in local proceedings.

How are they doing this? The AP report indicates that local police forces are using a variety of technologies including something called a stingray. Originally developed for intelligence and military agencies, a stingray poses as a cellphone tower to secretly collect a phone's location and key identifiers, making it easy for police to locate and track almost anyone with alarming accuracy. Police have said that the suitcase-sized devices are useful to catch criminals, but that's all they are saying for now.

Harris Corp. is one of the companies that primarily manufactures and sells stingray devices. In 2011, the company built in a secret loophole in their agreement with the Federal Communications Commission that requires local law enforcement to coordinate with the FBI the "acquisition and use of the equipment." At the state level, there are public record laws requiring full disclosure of local police using surveillance equipment like stingrays. But the 2011 agreement with the FCC allows a private company like Harris Corp. to dictate what information is being disclosed to the public.

Because of this, news organizations are being denied access to public records about stingray purchases or usage in cities such as Sacramento, Calif., Tuscon, Ariz., Pittsburgh, Pa., Palm Springs, Calif., Tallahassee, Fla. and Tuscon, Ariz., where there's a court case against the Tucson Police Department for the release of public records.

But government agencies and police departments aren't backing down. In an affidavit in that Tucson Police Department case, FBI special agent, Bradley Morrison, said the disclosure would "result in the FBI's inability to protect the public from terrorism and other criminal activity because through public disclosures, this technology has been rendered essentially useless for future investigations."

Is this an infringement on our basic rights? As of now, that's unclear. Surveillance devices like the stingray are not being used by local or federal law enforcement to capture terrorists. If the government was trying to capture terrorists, releasing information about the technology could potentially jeopardize issues of national security. Keeping the information private would make sense.

But in this case, police are using the tracking data to capture suspected criminals in drug cases. And without more information on the who and in what instances stingrays are being used, it's almost impossible to know if it is a violation of the Fourth Amendment.

By tightening their grip on the release of public records, the government almost looks like it's involved in a conspiracy theory that juxtaposes every aspect of Obama's so called transparent government. Local police departments are denying access to view public records in matters that have nothing to do with national security — that is definitely not government transparency.