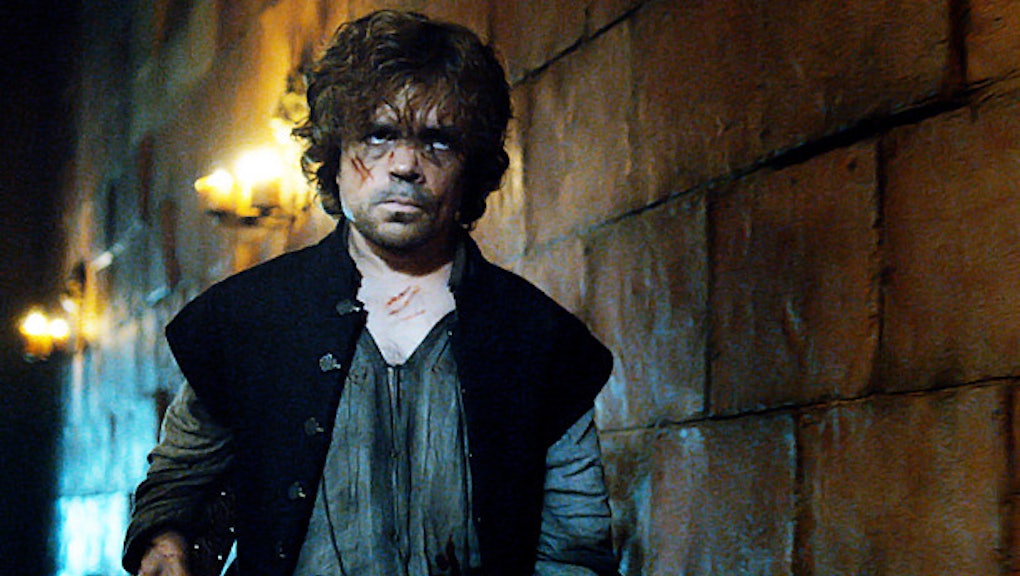 Leave it to Game of Thrones to end Father's Day with the darkest hour of patricidal mayhem in TV history.

As Tywin Lannister's corpse slumped against the back wall of that privy, arrows rupturing his torso and his son Tyrion holding the crossbow that launched them, the show's grim brilliance had rarely been more apparent. What other series invests us so deeply in its protagonists, only to kill them off in the most horrific ways imaginable? And what other show redeems itself by matching each death with a hated villain's brutal demise?

"We're immensely proud of 'The Children,'" the showrunners said in a statement. "And a little intimidated by the episode, because now we have to get back to the business of season five and figure out a way to top it."

With any other show, this would be something to look forward to. With Game of Thrones, the nerve-wracking question was "Who's going to die this time?"

Image Credit: Flicks and the City

Luckily, it was Tywin, the calculating mastermind behind nearly every horrible thing that's happened in the Seven Kingdoms since season one. He'd become such an omnipresent symbol of villainous power that he seemed invincible — either too strong or too smart to be killed.

How appropriate, then, that he met his fate at the hands of Tyrion, the "weak" son he'd wanted dead since the day he was born and whom he'd recently sentenced to death. In what other world is the murder of a main character's father so roundly applauded? And on a day specifically dedicated to celebrating dads, no less?

Such moral ambiguity is key to Game of Thrones' popularity. One Sunday last month, a record-tying 7.2 million people tuned in to the show's live broadcast, while the season four premiere drew so many online viewers that the HBOGO server crashed. Like the other great series of this so-called "golden age of television" — from The Sopranos to The Wire to Breaking Bad — Game of Thrones challenges viewers to confront sympathetic characters who do terrible things to survive and thrive. Identifying with them thrills and repulses us in equal measure and if the viewership numbers are any indicator, it's a uniquely potent combination.

But GoT also pushes the envelope in terms of its viewers' threshold for mental anguish. The routine slaughter of characters we've come to know and love should probably bother us more than it does and the fact that we keep watching increasingly feels like the televised equivalent of watching a car wreck.

That's part of why this season finale was so great: It felt understated, like a deliberate attempt to avoid the sensational deaths of the notorious "Red Wedding" episode. After all, Tywin's death was quiet and undignified, completely out of synch with the noble passing he'd likely imagined for himself. The entire episode leaves us with a sense of suspended unease, partly satisfied with but largely unsure of what fate will befall Tyrion and the surviving Stark children.

Like all great television, it left us clamoring for what comes next. And as sure as George R.R. Martin's beard is bushy, we'll all spend the next year frothing at the mouth for season five to begin.

Well played, GoT. And a Happy Father's Day to all.