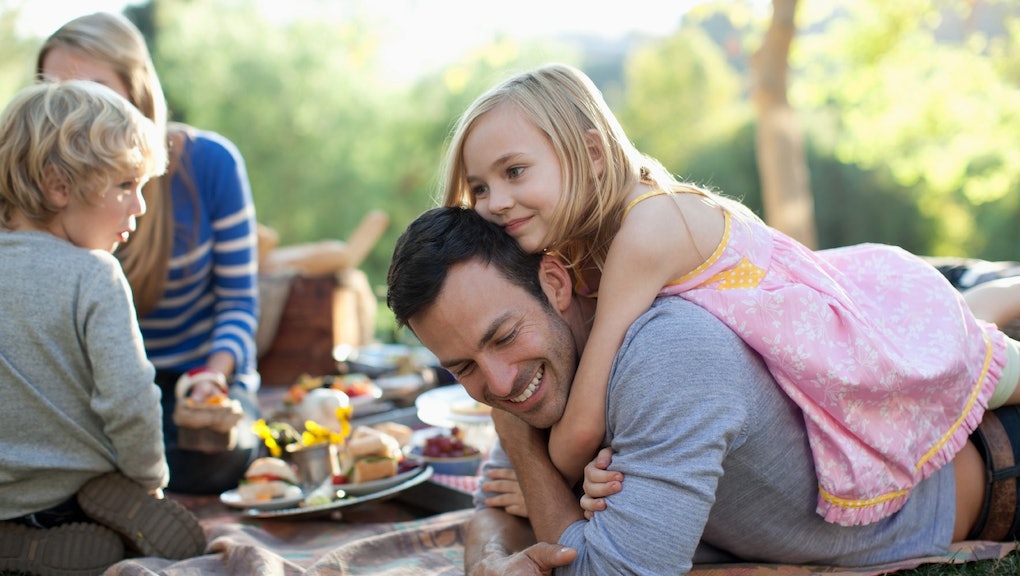 Would you let your sister or brother marry a Republican? What about an atheist? The answer, for the majority of Americans, might surprise you.

Political polarization in the U.S. is at its highest and most intense level in about 20 years, according to a recent Pew study, which points to "a deep-seated dislike, bordering on sense of alarm" between Republicans and Democrats. Some 8 in 10 people rate the other party unfavorably, while 38% of Democrats and 43% of Republicans have "strongly negative" feelings toward the opposite party, compared with 17% and 16% respectively in 1994.

Despite the soaring hostility, marrying a supporter of the opposing party isn't the worst thing you could do — that would be marrying an atheist.

According to the Pew survey, fewer than 10% of Americans would be unhappy if an immediate family member married outside the family's political framework, according to Pew research. More than 75% of the 10,013 adults polled said that the political beliefs of their in-laws don't matter.

They felt quite differently when it came to religious beliefs, however. Almost half — 49% — of Americans surveyed said they would be unhappy if a member of their family married a person who doesn't believe in God. That level of displeasure far outpaces the disapproval levels for gun owners (19%), people without a college education (14%), someone of a different race (11%) and born-again Christians (9%) — in fact, a third of Americans (weighed heavily in the Republican direction) would be delighted if a born-again Christian joined the family unit.

So that's good news for political open-mindedness and racial acceptance. But atheists still need not apply.

The findings also show that the average American is more averse to a relative marrying an atheist than they are to gay marriage. According to a recent Pew study, backed up by similar polls, 54% of Americans are in favor of gay marriage — although the two reports aren't exactly comparable because the study doesn't ask whether the participants mind same-sex marriage happening within their own families.

It's difficult to calculate the number of atheists in the U.S. as some people identify as religious non-believers, while others claim no religion but a belief in God. But while some one in five U.S. adults say they have no particular religion, just one member of Congress — Kyrsten Sinema (D-Ariz.) — publicly admits to being religiously unaffiliated. A further 10 members of Congress, about 2%, do not specify a religious affiliation.

But the stigma around atheism could be slowly fading. Pew research shows that Christianity is on the decline in America — while those who identify as unaffiliated, atheist, agnostic or nothing in particular (a collective total of 39% in 2012) are increasing. And that trend is likely to continue; 29% of Millennials — people between the ages of 18 and 33, by Pew's count — say they are religiously unaffiliated, compared to a fifth of Gen Xers, 16% of Boomers and just 9% of those aged 69 and above.