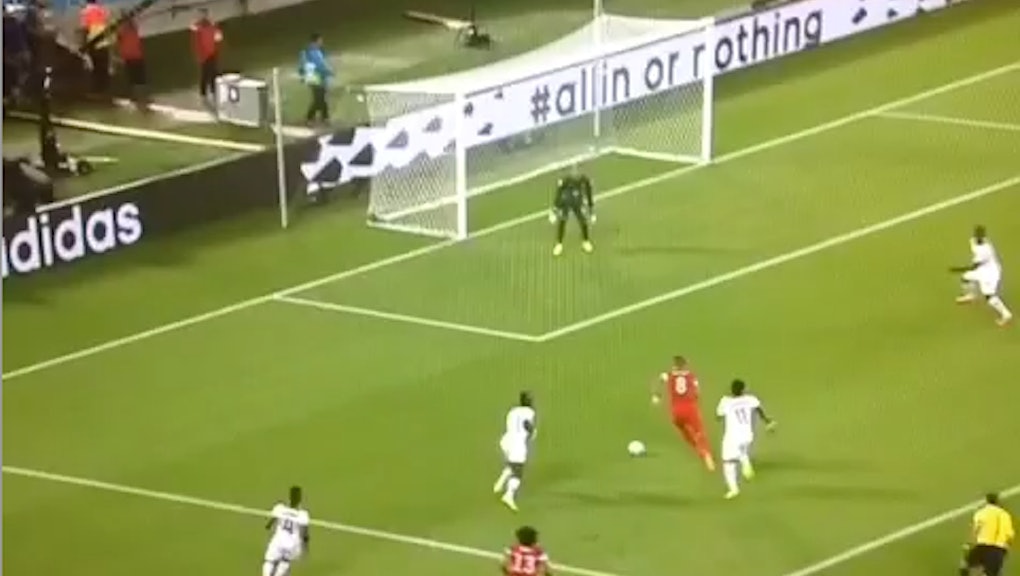 Here's How the U.S. Just Scored One of the Fastest Goals in World Cup History

The 31-year-old captain received a beautifully threaded pass from Jermaine Jones on the edge of the box, dribbled past two defenders and slotted a left-footed shot past Ghanaian goalkeeper Adam Kwarasey into the bottom-right corner of the goal. (Predictably, the Univision call was everything you'd expect.)

No one was more excited about the quick tally than U.S. national team coach Jurgen Klinsmann.

It was Dempsey's third career World Cup goal after his right-footed volley against Ghana in 2006 and memorable equalizer against England in 2010. He's now scored 38 times in 106 international appearances.

The Texas native is no stranger to quick strikes: He scored the fastest goal in the U.S. World Cup qualifying history with a 53-second goal in an 8-0 win over Barbados in 2008, later eclipsing the record with a 36-second goal in a 2-1 loss to Jamaica in 2012.