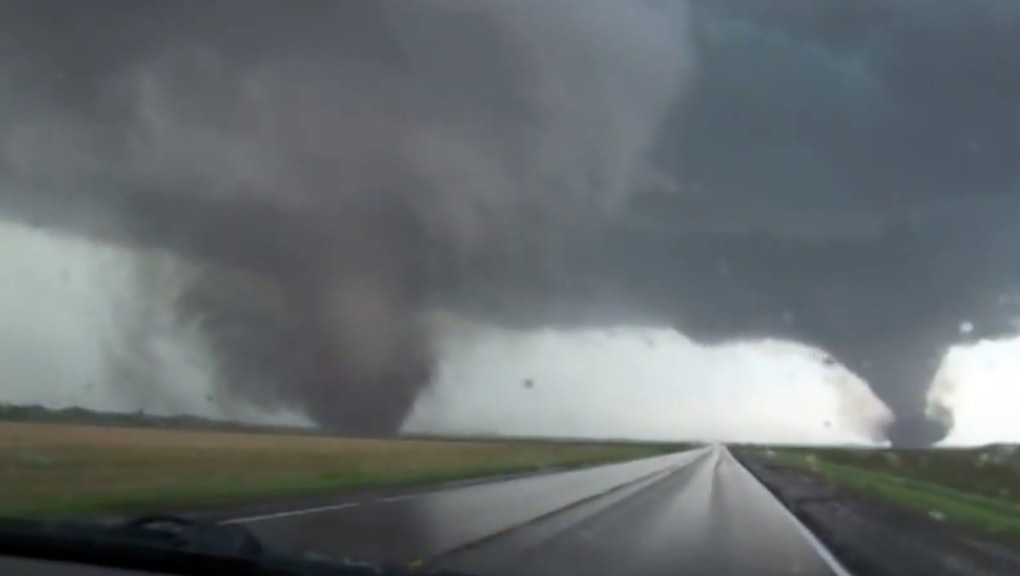 The news: A small town in Nebraska was devastated on Monday afternoon as twin tornadoes touched down simultaneously and created a menacing picture of Biblical proportions.

The tornadoes hit Pilger, a small village of about 350 people sitting roughly 75 miles northwest of Omaha. At least two have been killed while 16 others are in critical condition. Nearly half the town has been destroyed and emergency personnel are still searching for those who may be trapped under debris.

Surrounding towns have been affected by the tornadoes as well. According to the National Weather Service, the tornadoes passed through the northeastern part of the state and were about a mile apart.

"It was like God dragged two fingernails across the land," Gregg Moeller, a teacher in the Wisner-Pilger public schools, told the World-Herald.

How did this happen? Twin tornadoes are certainly rare, but not impossible. These particular tornadoes were born from the same massive thunderstorm, but they were completely independent of each other. Even more noteworthy was their intensity, duration and the fact that they spun in the same direction.

"This is a significant storm, and one that I have never seen the likes of, ever. Really," said Greg Postel, a severe weather specialist for The Weather Channel.

In the past few days, much of the Plains and the Midwest have been hit by severe weather such as large hail, heavy winds and several tornadoes. There have also been reports of a third tornado near the town of Burwell in central Nebraska. These severe weather events are expected to persist at least for another day.