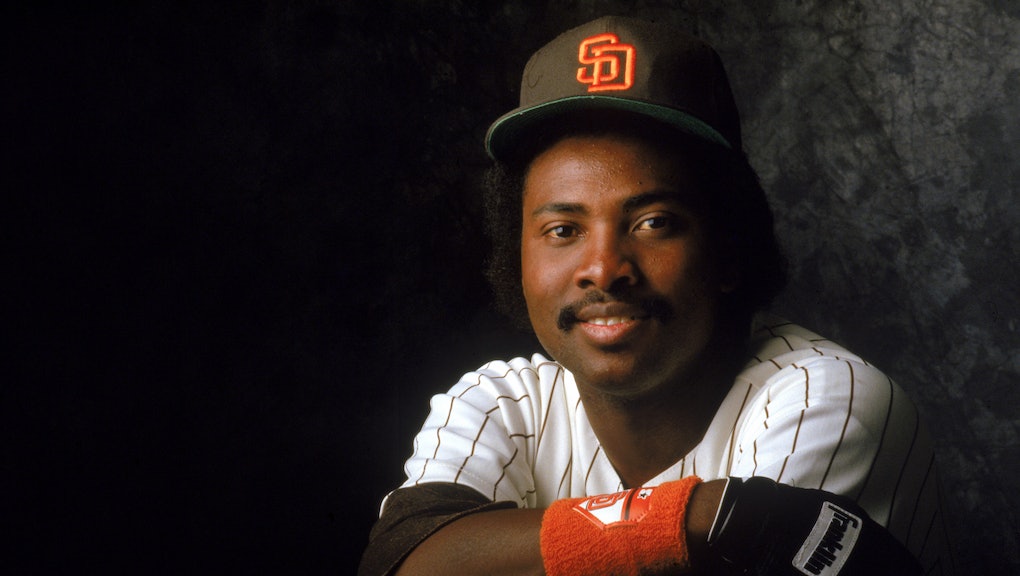 10 Reasons Why Tony Gwynn Was Even Greater Than You Remember

Tony Gwynn, Hall of Fame right-fielder and eight-time National League batting champion, died on Monday after a four-year battle with salivary gland cancer. Most know the left-handed Gwynn as the finest pure hitter of his generation — the greatest since Ted Williams, as Sports Illustrated famously touted in 1997 — but the Long Beach, Calif., native was so much more: a freak athlete whose doughboy frame belied his rare skills. Here are 10 reasons why "Mr. Padre" was even greater than you remember.

Gwynn started at point guard for the San Diego State hoops team, the Aztecs, setting the program record for assists in a career.

He also holds the single-season (221) and single-game (18) marks, and remains the only player in Western Athletic Conference history to be named to the all-conference team in two different sports.

3. His first major-league hit got him a handshake from Pete Rose.

Gwynn made his major league debut against the Phillies on July 19, 1982, and enjoyed a memorable exchange with Charlie Hustle on first base.

4. He was fleeter of foot than you may remember.

Before knee injuries exacted their toll, Gwynn was a formidable base stealer. In 1987, he hit .370 with 56 stolen bases. The only four other players to hit .370 with at least 50 steals in a season? Ty Cobb, George Sisler, Tris Speaker and Benny Kauff. Rare air.

Take a look at Gwynn's career lines versus the best pitchers of his era.

Consider that he came to the plate 108 times against Maddux, a four-time Cy Young Award winner and the finest pitcher of his era, and never once struck out.

Many believe Gwynn would have finished his 1994 campaign with the first .400 batting average since World War II if not for the work stoppage that cut the season abruptly short. He was batting .394 when the season ended in August, but riding a torrid .426 clip (49-for-115) over the final 29 games. Unbelievably, Gwynn used the same bat for the majority of the season, electing not to use it on hard-throwing left-handers, lest they break it with a split-fingered fastball.

7. They named a rule after him.

MLB Rule 10.22(a) is unofficially known as "the Tony Gwynn Rule," which allows hitless at-bats to be added to a player's season total so the player can qualify for statistical achievements. The rule was inspired by Gwynn's 1996 season, where he missed more than a month due to injury and his 498 plate appearances fell six short of the 502 necessary to qualify for the batting title. By adding four plate appearances that never happened and crediting him with zero hits, Gwynn's average would have fallen from .353 to .349 — still five points ahead of Ellis Burks' .344.

8. He never struck out more than 40 times in a season.

The only pitcher to strike out Gwynn three times in one game was Bob Welch, who, oddly enough, died last week. In 20 major league seasons, Gwynn fanned just 434 times in 10,232 plate appearances, an average of once every 23.6 trips to the batter's box. He walked more times than he struck out in every year he played except his rookie campaign, when he drew 14 walks and fanned 16 times in 54 appearances.

9. He went yard at Yankee Stadium.

"Mr. Padre" was not known as a power hitter, but you'd never know it from the homer Gwynn smashed at Yankee Stadium off David Wells in Game 1 of the 1998 World Series. He called it his favorite hit of his career. Which, given his career total of 3,141, is saying something.

10. He was a Hall of Fame player and person.

Gwynn retired with a career average of .338, the highest since Ted Williams walked away in 1960, and was enshrined into the Baseball Hall of Fame with 97.6% of the vote. No player has earned that high of a percentage since.