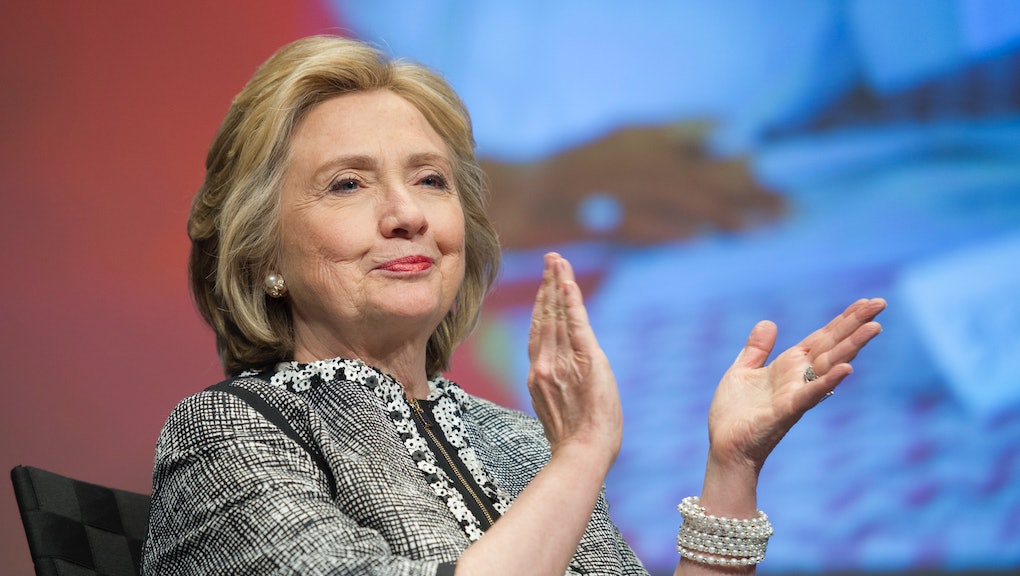 The 2016 presidential election is still years away, but that hasn't stopped the growing chorus of sexist attacks against potential Democratic front-runner Hillary Clinton.

This week, conservatives unveiled a new attack on Clinton as part of their continuing campaign to delegitimize her political reputation through nonsensical — not to mention hypocritical — assertions paired with equally shoddy examples of pseudo-journalism.

The year was 1975. Clinton, then known as Hillary Rodham, was a fresh-faced 27-year-old lawyer asked to serve as the public defender for a 41-year-old man named Thomas Alfred Taylor, who was accused of raping a 12-year-old girl. Clinton would go on to win the case, in so much as she was able to get her client a favorable plea deal. Now, an audio interview with Clinton made by journalist Roy Reed in the 1980s and obtained and edited by conservative site the Washington Free Beacon is being used to try to show that Clinton's defense of the suspect proves her hypocrisy.

"The full story of the Taylor defense calls into question Clinton's narrative of her early years as a devoted women and children's advocate in Arkansas," Alana Goodman writes. "A narrative the 2016 presidential front-runner continues to promote on her current book tour."

Goodman's argument hinges on Clinton's strategy, which utilized the tried and true legal strategy of discrediting the veracity of the girl's statements by successfully persuading the court that the child was "emotionally unstable," had a "tendency to seek out older men and engage in fantasizing" and had "in the past made false accusations about persons, claiming they had attacked her body."

However, as Amanda Marcotte explained in a searing critique of Clinton's detractors, the young lawyer was doing the job she was hired to do. Being a defense attorney means providing the best possible defense for your client. In 1975, that would certainly have included utilizing this common type of defense, even if in hindsight it appears unsavory.

"Defense attorneys use this strategy because it works, as can be routinely demonstrated," Marcotte wrote. "As long as juries keep acquitting based on this myth that women routinely make up rape accusations for the hell of it, defense attorneys will continue to use it. The problem here is a larger culture that promotes rape myths, not defense attorneys who exploit these myths in last-ditch attempts to get acquittals for rapists who have overwhelming evidence against them."

The ethical conundrum Clinton may have faced internally while representing this man is of course complete speculation at this point. But her behavior certainly does not mean, as Goodman has rather ludicrously suggested, that Clinton could not have been a women's advocate.

This is a case in which conservatives have found fault not with the system that enables rapists to walk away with their crimes, but with the woman who successfully did her job. It's not so impossible to imagine that what conservatives take most issue with was that Clinton remained unflappable — that she did not exhibit any stereotypical "female passion" that made her incapable of completing her job.

Indeed, when reached by the The Washington Post, Steven D. Benjamin, the immediate past president of the National Association Criminal Defense Lawyers noted that Clinton appeared to have done "no more and no less than an attorney is required to do in her representation of her client. Had she failed to do that, she would have been guilty of malpractice and she would have been in violation of the legal profession's ethical rules."

We've seen it before, and we'll see it again, but clearly, critics just can't wrap their minds around this fact that Clinton is a professional woman who does her job with intelligence and integrity, regardless of whether that job is serving as a public defender of a probable rapist or as the representative of the United States around the world.