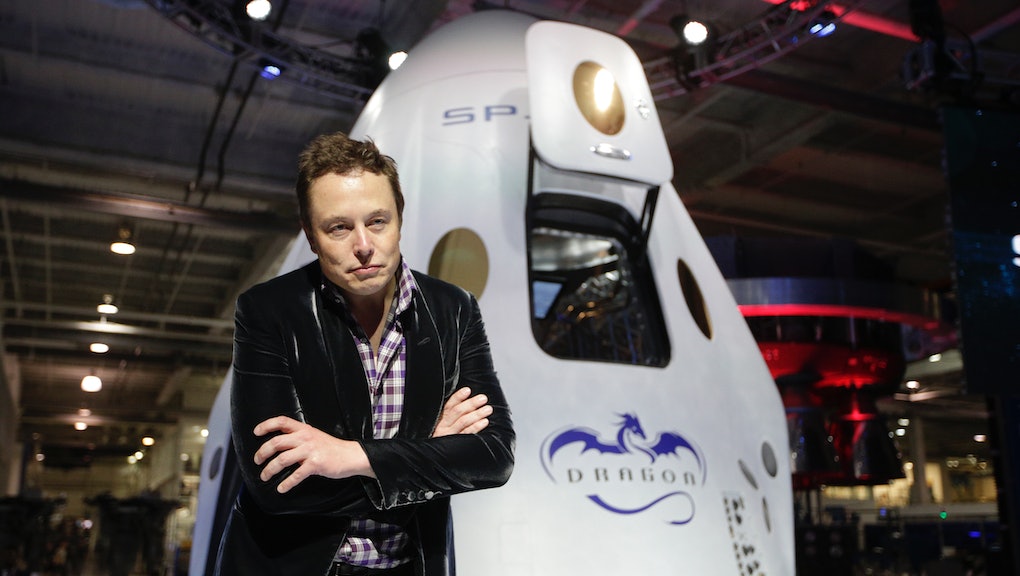 Elon Musk, founder of Tesla and SpaceX and general techno-futurist science fiction character, says mankind could be leaving for Mars in a decade. He's not content with a single exploration trip, though.

"I'm hopeful that the first people could be taken to Mars in 10 to 12 years. I think it's certainly possible for that to occur," he told CNBC. "But the thing that matters long term is to have a self-sustaining city on Mars, to make life multi-planetary."

The credentials: Musk gets the most attention for Tesla, his electric car company, but he also runs SpaceX, a rocket company he founded in 2002. SpaceX has the distinction of being the first private company to send a craft to the International Space Station (ISS).

Musk hopes to leverage that work into a NASA contract; SpaceX is competing against Boeing over who gets to transport crew to and from the ISS. In the meantime, they're working on technology to get people to Mars.

In addition to building rockets, Musk has experience with out-there ideas. Remember the Hyperloop? Musk's design promised a 35-minute trip from Los Angeles to San Francisco with his steel tube setup — if the country could find the money and space to build it.

Is it possible? It's tempting to think that, if you're rich enough and have the technology to shoot things into space, anything is possible. A group of experts found that a manned mission to Mars by the 2030s (about double Musk's timeframe) isn't outside the realm of possibility. The group stipulated a NASA-led mission, though, and said funding for the agency would have to be raised to pre-sequestration levels.

This is where Musk's plans split: Once Mars technology is closer to completion, he says, SpaceX could go public and attract funders to make the trip a reality. "We need to get where things are steady and predictable," he told CNBC. "Maybe we're close to developing the Mars vehicle, or ideally we've flown it a few times, then I think going public would make more sense."

But is there room in space for NASA and private companies? (Figuratively, of course. There's a lot of room in space.) Both sides seem ready to meet in the middle. NASA calls commercial space transportation a "vital component to the future of human space exploration," while Musk calls the agency's work vital to his own: "We would not be where we are today without the help of NASA."