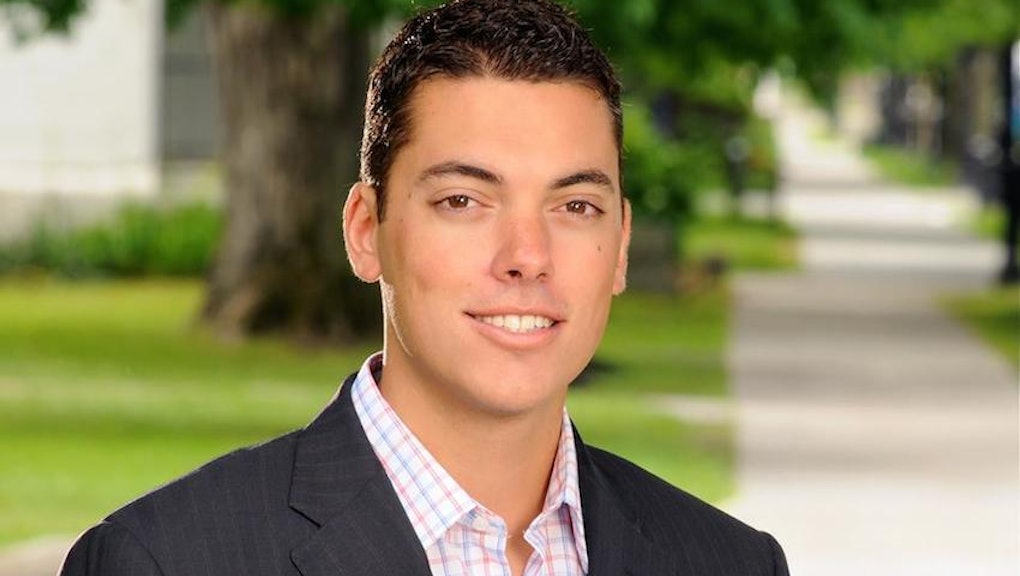 I Just Turned 25. Here's Why I'm Running for Federal Office.

John Adams once envisioned our Congress to be "in miniature an exact portrait of the people at large." Since our founding, our country has made significant strides toward closing the racial and gender gaps in representation. The current 113th Congress is the most diverse in our history; women and minorities each comprise about 18% of the House of Representatives.

But there is at least one demographic group whose representation is actually shrinking: young people. Although those aged 25-35 comprise 17% of the voting-age population, we make up just 2% of the U.S. House of Representatives. The 113th Congress is among the oldest in our history; the average U.S. Representative is now 57 years old.

The growing generation gap in Congress is not simply a cosmetic problem; it is a deeply substantive one that, among other things, is holding us back from addressing many of the long-term challenges facing our country from our rising debt to our changing climate. And it's one of the reasons I decided to run for the U.S. House of Representatives this year as an independent, citizen-funded candidate from Pennsylvania's 10th district.

I never imagined running for federal office at 25. Even with my few strands of grey hair, I don't quite look the part. But after last fall's government shutdown, of which my congressman was a key supporter, I reached my highest point of frustration with Washington, canceled my registration as a Republican and started to think about running.

Of course, some people raise an eyebrow when they learn of my age. But on the campaign trail, I've found most people see my candidacy as a breath of fresh air: new ideas and a new approach when voters have had it with the same politicians and stale policies of both parties. Indeed, congressional approval is the lowest it's ever been, and the desire for a third option is the highest in recent history.

I felt strongly enough to step up and run because I have spent the past few years working on federal budget issues through an organization I co-founded, The Can Kicks Back, which advocates for generationally equitable deficit reduction. Through this experience, nothing better crystallized how broken our political process is and how much future generations stand to suffer from the hyper-partisan, self-serving debate that resulted in the debt ceiling debacle of 2011, fiscal cliff fiasco of 2012 and, most recently, the government shutdown of 2013.

Ultimately, not only did our leaders fail to meaningfully address what drives of our long-term debt, but they also inflicted unnecessary economic pain during our fragile recovery from the 2008 recession. Furthermore, while unsustainable social insurance programs largely remained untouched, critical investments in our future were drastically slashed. This exacerbated the huge generational inequities already built in to our budget.

If more millennials had a seat at the table, perhaps things could be different: Congress would be more representative of the views and values of today's America rather than yesterday's. Our political leaders could be less concerned with seeking partisan advantage and more concerned with actually solving problems as a plurality of millennials self-identify as moderate-leaning independents. Our two parties could move beyond the ideological trenches dug more than a half-century ago and evolve to meeting the complex challenges of the 21st century.

For the first time, a majority of Americans believe the next generation may be worse off than their parents. But this pessimism, rooted in today's dysfunctional politics, does not have to be our destiny. A new generation of pragmatic leaders can chart a new path — not just by casting votes or broadcasting views, but by actually running for office and challenging those who are part of the problem.

We have no time to waste.