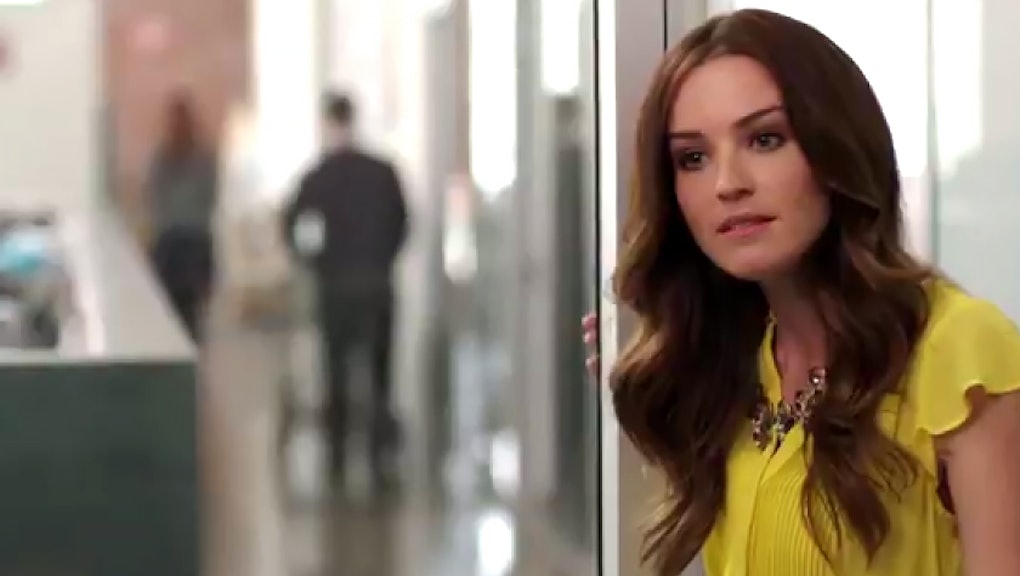 A shampoo commercial may not be the first thing that comes to mind when it comes to women's empowerment. After all, cosmetic and hair care marketing was essentially founded to point out women's flaws, in order to sell products to fix them.

But in a deviation from this theme, Pantene, the Proctor & Gamble hair care brand, seems to be refocusing its advertising strategy around making women feel more confident and empowered through its #ShineStrong series. Following up on the success of its viral anti-workplace discrimination Labels Against Women ad last year, Pantene's latest commercial highlights a common and problematic characteristic shared by many women: habitually and unnecessarily apologizing.

The ad begins with a simple question: "Why are women always apologizing?" It then goes on to depict women in various states of apology. Whether at work, at home, in public and in routine everyday situations, the ad's point is that women too often apologize for doing what they should be doing. One woman apologizes before asking a "stupid" question, another says sorry while handing her toddler to her husband and a chorus of apologies come from women as they shift and scoot to accommodate a male co-worker at a meeting.

But the ad shifts perspective, replaying those scenes with strong, assertive, confident and unapologetic responses.

The message is clear: Women don't have to internalize the habit of saying "sorry" for everything they do.

So far, it seems that Pantene has hit something of a nerve. Since the ads unveiling, many women found the ingrained habit of apologizing very relatable, recounting incidents when they realized they, too, were apologizing for no reason. By taking responsibility for things that aren't your fault, you denigrate your self-esteem, Linda Sapadin, author of Master Your Fears, told Fitness Magazine. Plus, saying sorry too often isn't necessarily the best workplace strategy and you don't need to feel uncomfortable sharing your daily chores with your male partner.

"We've struck a chord in terms of changing gender norms for women," Kevin Crociata, marketing director of Procter & Gamble's North American hair care business, said, according to AdWeek. "We used market research to look at what gender norms were holding women back and tried to tap into the most relevant and insightful areas. This problem of saying sorry, it wasn't just something women in the U.S. were facing but globally. After the success of the first campaign, 'Shine Strong' is something we're committed to as a brand."

Women have already begun sharing the message via the #sorrynotsorry and #ShineStrong hashtags, suggesting Pantene may have another hit on its hands. But Pantene is also putting its money where its mouth is, launching the Shine Strong Fund in collaboration with the American Association of University Women, according to the company’s website.

Pantene's last ad, viewed more than 46,300,000 times on YouTube, also encouraged women to fight against society's stereotypical labels that hail men for being persuasive, and negatively call women pushy for showing the same characteristics. But as Jessica Valenti points out, it's important to remember that even the most clever ads are still advertisements, designed ultimately to sell products. It's no coincidence all of the women in this Pantene ad have super shiny hair.

Still, encouraging women to challenge societal norms and reminding them that being authoritative is no reason to apologize is a step in the right direction for consumer marketing. Remember, you don't have to buy the product to buy into the message.