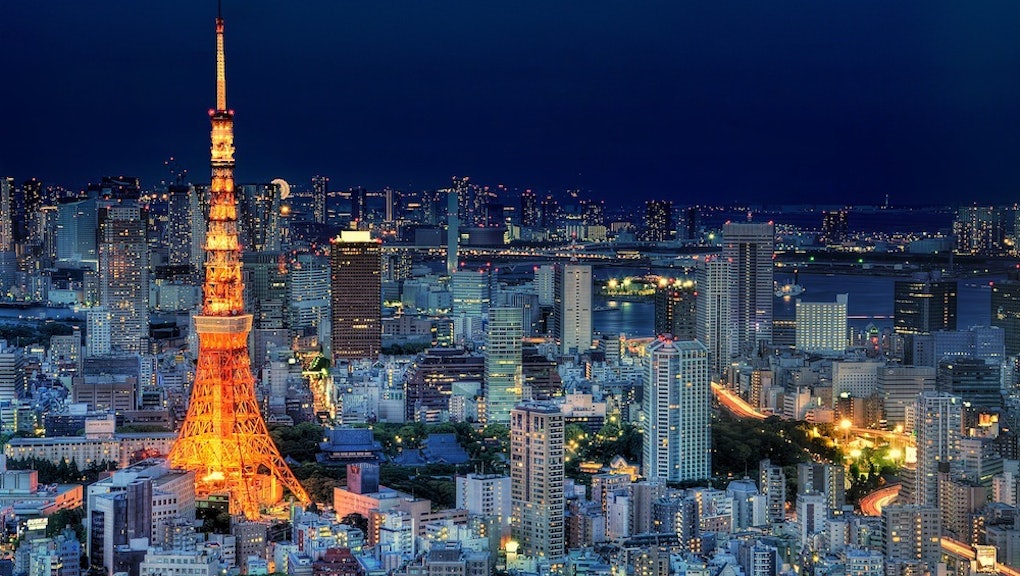 Japan Brought an End to Gun Violence by Doing What The U.S. Won't

Let's say it all together now: The United States has a problem with guns.

Since the horrifying Sandy Hook tragedy of 2012, there have been 74 school shootings and 17,042 gun deaths.

To the frustration of many Americans, a stalled debate stands in the way of solving our gun violence problem, even though the solution is staring us in the face. The Onion captured this feeling perfectly with one of its headlines last month: "'No Way to Prevent This,' Says Only Nation Where This Regularly Happens."

Indeed, the United States sees an almost unique epidemic of gun violence, which is directly tied to the number of guns Americans own:

On the other end of the spectrum is Japan, a country with almost no firearm ownership and almost no gun-related deaths. There's a lesson for the United States to learn from Japan's strict gun control. In 1958, Japan banned firearms entirely. It's possible to purchase shotguns and air rifles, but not without going through an elaborate screening process that includes a written test, mental health test and a background check. Even touching a gun without a license in Japan could end in serving a ten-year prison sentence.

The screening process alone would be a luxury in some parts of the United States, where a prospective gun owner can simply purchase a firearm at a gun show, no questions asked.

Something about Japan's model works: Its homicide rate is at less than 1 per 100,000 people, compared to 4.8 for the United States. Of course, this also has to do with a wider range of factors, but the strict rules on gun ownership play a role.

But it doesn't just work in Japan: It has also worked in states that have passed gun control laws. A study published by Center for American Progress in 2013 found that states with stricter gun control laws also have lower levels of gun violence. New Jersey, which requires gun owners to show a "justifiable need" to own a handgun permit, also has one of the lowest gun death rates in America.

What the United States needs is a common sense solution: expanding background checks and removing the gun-show loophole, both moves that have empirical backing as well as the support of most Americans.

The question is not how to we can prevent gun deaths, but rather, why we're not. That answer is pretty clear: the National Rifle Association (NRA).

The group has gone as far as fighting smart guns, which use new technologies to ensure that children cannot unintentionally fire the gun (one requires the user to wear an accompanying wristwatch to fire it). Research indicates that smart guns reduce gun deaths significantly. Using such technologies is a no-brainer. The NRA also opposes laws requiring gun owners to safely store weapons, which have a track record of success.

The NRA's success comes at the expense of Americans' safety. The NRA is one of the country's biggest lobbying forces, vastly outspending the organizations fighting for more gun control, according to data from the Center for Responsive Politics. They're the reason why the Supreme Court has struck down the most robust attempts at gun control.

The answer here isn't for the United States to take on Japan's stringent laws. Instead, it's to keep guns out of the hands of children and killers. We all know what works, and we've even seen examples here in the United States. It's time for lawmakers to have the guts to put Americans above organized interests.