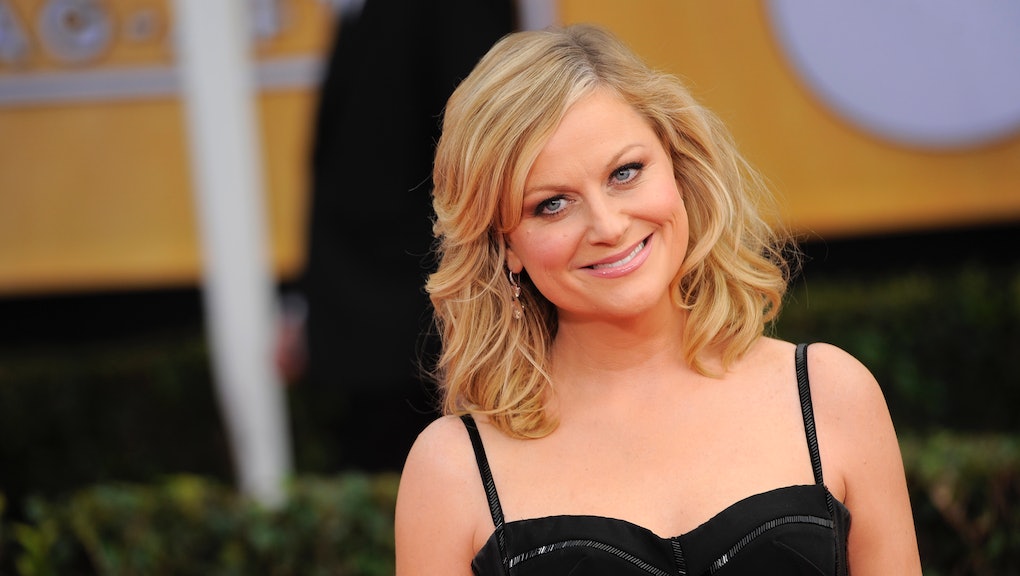 Pursuing a career in the arts can be the most fulfilling choice you ever make. There is no greater sense of purpose than following your passion. But art isn't easy — and the inherent frustration, rejection and exhaustion can raise some pretty existential questions: Is belly-flopping into the cesspool of rejection and indignity even worth it?

Luckily, you aren't alone. Even celebrated artists weather rough patches that leave them wondering if they're really cut out for all this. So don't sell your Canon SLR or Fender Stratocaster and take the LSAT just yet. Here is some inspiration from legendary talents who have been there too.

1. "A writer is a writer because, even when there is no hope, even when nothing you do shows any sign of promise, you keep writing anyway." - Junot Diaz

After Junot had written 75 pages of his first novel, he hit trouble. Even though he wrote every morning, he couldn't manage to push past the hump to produce work that he felt proud of. He recounted the frustration to Oprah Magazine. It took five years of failing on a daily basis to finally have his breakthrough – and the book landed him the 2008 Pulitzer Prize.

2. “If people knew how hard I worked to get my mastery, it wouldn't seem so wonderful at all.” - Michelangelo

The prolific Renaissance man began cutting his teeth as an apprentice at the age of 13. The Sistine Chapel ceiling alone took him four years to finish. That kind of effort isn't easy, but it's no magic trick either. It takes years and years of work before you get anywhere near your masterpiece. Even artistic royalty knows that.

3. “I think the most liberating thing I did early on was to free myself from any concern with my looks as they pertained to my work." - Meryl Streep

In 2002, Meryl told Vogue that she never let her appearance dictate the projects she chose or the way she portrayed a role. This allowed her to focus her energy on her art. Even early on in 1979, Playgirl Magazine pointed out the way that Streep's portrayal of a wide range of characters was in part because her talent was never dependent on her image. The separation between the two, plus of course the incredible talent, has enabled Streep to continue playing meaty roles for decades.

4. “The road to hell is paved with works-in-progress.” – Philip Roth

The decorated novelist has written dozens of acclaimed books in the past half century, making him one of the most prolific literary fiction writers of his generation. A resolve to finish one book before embarking on the next has surely helped him keep this pace. Postponed projects have a way of becoming abandoned ones.

5. “Pick up a camera. Shoot something. No matter how small, no matter how cheesy, no matter whether your friends and your sister star in it. Put your name on it as director. Now you’re a director." - James Cameron

You don't need permission to take initiative and call yourself an artist. Sure, Titanic was a bit more complicated than a few buddies with a camcorder. But big opportunities come out of smaller ones, and it's never been easier to build your repertoire without a gatekeeper’s blessing. Equipment is easier and cheaper to get, and the internet provides an accessible avenue for distribution.

6. "Other people and other people's ideas are often better than your own. Find a group of people who challenge and inspire you, spend a lot of time with them, and it will change your life." - Amy Poehler

It's no surprise that Poehler would stress the importance of finding great people to work with during her 2011 Harvard commencement address. Successful improv comedy depends on trusting your scene partners, and playing off each other's strengths. Before she landed SNL, Poehler was one of the founders of New York's legendary Upright Citizens Brigade Theatre, which continues to be a hub for funny up-and-comers to collaborate and help each other become better performers individually.

7. “You can, you should, and if you’re brave enough to start, you will.” - Stephen King

In addition to writing dozens of books, many of which have been turned into film, King is famous for the advice he gives to writers — some of his best advice can be found in his book On Writing. King's focus on the idea of bravery is one to note. After all, there is no chance of success unless you are brave enough to start.

8. “I don’t believe in inspiration that arrives like a bolt from the blue … It seems to me that the more motivated I am by what I film, the more objectively I film.” – Agnes Varda

The Belgian documentary and filmmaker is right on point about inspiration. Ideas don't result in creative output; it's the other way around. When it rains, it pours. Once you're engaged in a subject, ideas flow much more naturally.

9. “To some extent I happily don’t know what I’m doing. I feel that it’s an artist’s responsibility to trust that.” – David Byrne, of the Talking Heads

Byrne's book How Music Works argued that music comes out of its time, place, creator and cultural context. How could there be rules, if these variables are so subject to change? The book's non-linear structure is further encouragement to go with your artistic instincts and let them lead you.

10. “I would advise anyone who aspires to a writing career that before developing his talent he would be wise to develop a thick hide.” – Harper Lee

Lee's classic novel 'To Kill a Mockingbird actually began as a series of essays without much of a narrative throughline. She worked on them with an agent and editor for over two years before the work reached its final version; at one point even threw her manuscript out of a window in frustration. Few things are as humbling as the criticism involved in a candid editing process, but weathering the storm can have a great impact on your work.

The screenwriter behind Oceans Thirteen and Rounders uses his Vine account to share quick bites of wisdom to those working on their own scripts. He is obviously intrigued by glamorous criminal underworlds, but he didn't have to stage a heist in a tuxedo for inspiration. In sum, don't be intimidated by your lack of authority on a given experience – after all, movies capture our imagination by letting us live lives outside of our own.

12. "I was out there with the White House press squad, and after his helicopter took off, and the carpet rolled up…This wasn't a photograph that others were taking, but I continued to take pictures.” – Annie Leibovitz

One of Leibovitz's early successes was the result of looking for a moment that no one else had noticed. Her 1974 photo of carpets being rolled up after the newly resigned President Nixon's helicopter took off became an iconic shot of finality and transition – and all the other photographers present had thought they'd gotten their shot already. Be open and curious about exploring nooks and crannies other artists haven’t thought of yet. They might just be the best way to tell your story.

13. “I'm not concerned with noise because I'm playing the long game.” – Jay Z

Instead of focusing on the immediate critical reaction to your work, Jay Z makes a case for thinking bigger. Shying away from your vision because you're intimidated by knee-jerk reactions may keep you from making the thing that you want to most. This is reflected in his music. Rolling Stone recently noted that unlike many of his peers, Jay Z has consistently been more motivated by artistic merit than monetary success.

14. “Don’t think about making art, just get it done. Let everyone else decide if it’s good or bad, whether they love it or hate it.  While they are deciding, make even more art.” - Andy Warhol

If Warhol had spent his time worrying what people would think of his silkscreens and soup cans it's very possible that they never would have been made. One of the hardest things to squash is self doubt, but figuring out how to quiet that voice (at least long enough to work) is a pre-requisite to being your best artistic self.

15. "To create one's own world in any of the arts takes courage." - Georgia O'Keefe

Courage is mandatory, but it's very seldom talked about. Being an artist is scary and requires tremendous bravery. Without a helping of bravery O'Keefe may never have been the artist she became. It takes tremendous guts to take the germ of your idea and turn it into something real.

In his 2007 autobiography, Born Standing Up, Martin bemoaned the fact that aspiring artists are so focused on the professional logistics of success. By focusing solely on your craft, your talent will eventually attract the attention of the industry. For Martin, that meant a decade of stand-up in dingy clubs to develop his voice before he enjoyed much visibility. The time obviously paid off.