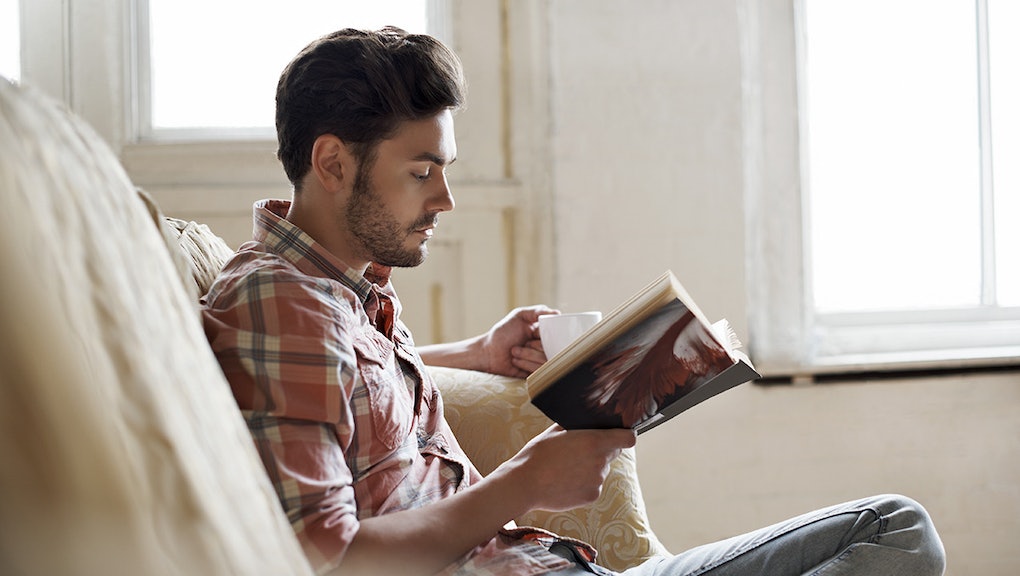 Love Game of Thrones but worry about spoilers from those who have read the books? Your fears may be overblown — chances are your friends don't read enough to ruin any plot twists for you.

A new study from the U.S. Bureau of Labor Statistics shows that the average American reads only 19 minutes a day (a rate at which the George R.R. Martin's fantasy series would take more than a year for most readers).

Young people spend even less time with the written word, according to the study. On weekends and holidays, Americans between the ages 25 to 34 read for just eight minutes a day. Teenagers, meanwhile, spend just four minutes a day reading on their days off. (The overall average is bumped up by older folks — Americans over 75 spend more than an hour a day reading over weekends and holidays, the study found.)

Screens instead: When it comes to leisure times, the big winner is television. The average American watches for almost three hours a day, according to the study. That's more than three times longer than the next highest activity, socializing (which makes us all sound a little pathetic).

Technology was also mainly to blame in a report from Common Sense Media last month, which found that 45% of 17-year-olds say they only read for fun a few times a year at most. That's up from 19% in 1984, when no one had smartphones.

Even when kids do sit down to read, according to the report, they're more likely to multitask and pay less attention.

"The electronic platforms on which children read also hold a host of diversions that are only a click away, competing for children's time and attention," the report says. "In addition to ebooks, these platforms may include games, apps, websites, YouTube, Instagram, Snapchat and a multitude of innovative ways of watching TV and movies."

How guilty should you feel? Reading is supposed to help your memory, empathy and stress level, among other things. Aren't we in the new golden age of television, though? Some researchers argue that increasingly complex TV shows, movies and video games can have a similar effect on us as novels.

So maybe your Breaking Bad binges are defensible. But maybe some of those three hours could go toward a good novel instead. If you're feeling inadequate in the literary department, just pull up a seat and spend 20 minutes a day here. You're already reading more than the average American.