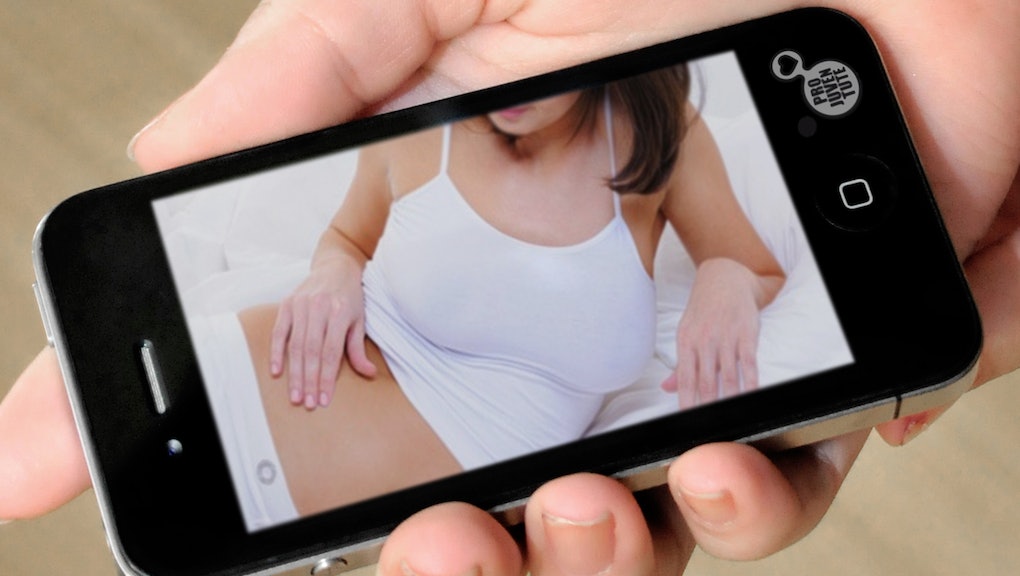 The Real Problem With Sexting Is Surprisingly Old-Fashioned

A new study published in the Journal of Children and Media indicates that girls are in a trap regarding sexting.

University of Michigan researchers Julia Lippman and Scott Campbell conducted a study of 51 adolescents to determine the extent to which sexting conforms to recognizable gender social norms.

Sexting, "a picture or video involving the nudity of someone known to the sender and/or receiver sent using a mobile phone," aka sexy text messaging, is most popular with the younger crowd. In February, a study from security software firm McAfee showed that more than half of all American adults had sent or received sexually explicit content. However, the messages were most popular with young adults. A full 70% of those between 18 and 24 admitted to the behavior.

But Lippman and Campbell discovered that while the the technology that enables the phenomenon is new, the type of sexism feeding into it isn't. Boys pressure girls into sexting, then call them "sluts" if they do — especially if the girls initiate the conversation — and "prudes" if they don't.

Furthermore, the study found that boys weren't the only ones "slut-shaming" female sexters; some of their female peers exhibited similar opinions as well. As Lippman and Campbell write, "[B]oys were not the only ones to express negative judgments of girls who sext, although they did so more commonly than girls. While boys' judgments focused on the perceived 'sluttiness' of girls who sent sexts, girls were critical of female sexters for lacking self-respect. As one pondered, 'Sometimes I wonder how girls can send naked pics to a boy. I think it's gross. They’re disrespecting themselves.'"

The pair note, "Gender played a pronounced role throughout the findings. Girls reported feeling pressured into sexting, if not overtly then more subtly through perceived injunctive norms. Girls were also evaluated in distinctive ways for sexting. Whereas boys' sexting practices were largely unremarked upon, girls were reduced to negative female stereotypes whether they did sext or not, indicating that when it comes to sexting, girls really are 'damned if they do, damned if they don't.'"

Slate columnist Amanda Marcotte reflects on the subtle, yet unbearable strain this puts on girls: "[I]t's also hard to imagine that girls have much mental energy left to devote to figuring out what they want when they have to spend so much time trying to strike a balance between pleasing boys and not having boys mock them for trying to be pleasing." Indeed, these girls, who are within the optimal age range for self-discovery and exploration, are replacing a focus on themselves with a distorted mirror image fabricated in part by the adolescent desires of teen boys.

Sadly, this isn't a new struggle for women. Technology is an important and powerful tool, but as this study proves, it is unlikely to change the way we address sexism — at least, not in the immediate future.