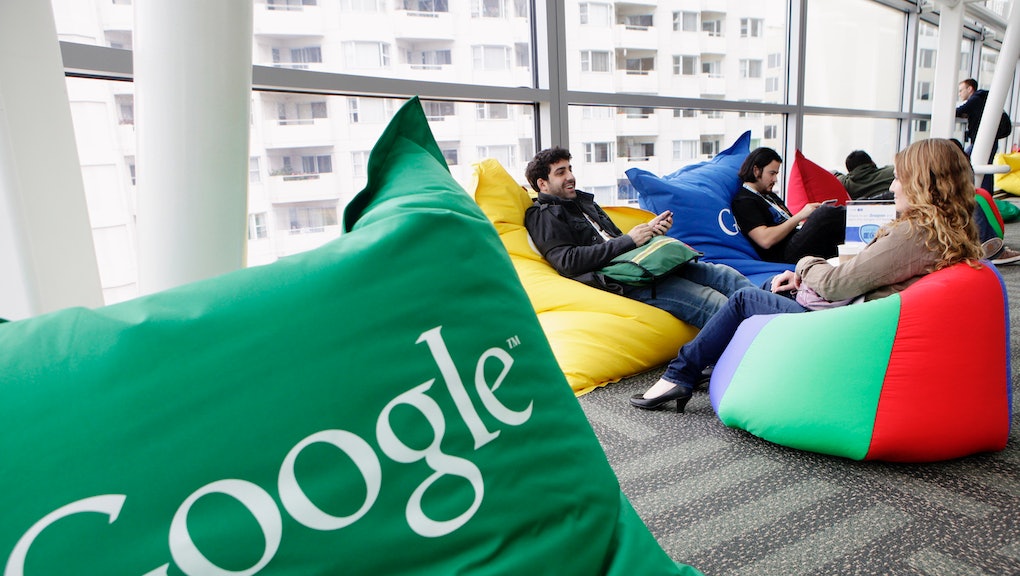 Google is trying to right its wrongs.

The news: Just weeks after its first diversity report revealed that the company is overwhelmingly white and male, Google is launching a new initiative to help get more girls into computer science.

Why it matters: Less than a third of Google's workforce — and even more dismal 17% of its tech staff — are women, as shown in its diversity report. Close to two-thirds of the company is white. Just 3% are Hispanic. Only 2% are black. And about a third are classified as "Asian," a category that doesn't differentiate between Southeast Asian, Japanese or Korean (Pacific Islanders are lumped into the "other" category.). Although the stats are dismal, Google deserves props for releasing the information: Only 7% of the S&P 100 are transparent about those numbers.

The new initiative, called Made With Code, offers coding classes, game workshops and app camps designed around six different projects you create with code. Google has pledged $50 million to back up the idea, which it says will encourage more girls to get into computer science. Participants are encouraged to make everything from 3D-printed bracelets to GIFs or a custom music sequence. Most impressive about the project are its partners, which include Black Girls Code, KIPP schools and Seventeen.

Google isn't the only tech company with a diversity problem: Over at LinkedIn, 61% of the workforce are men and 53% of them are white. Yahoo is 62% male and 50% white. And overall, while women represent half of the workforce, they made up just 26% of all science, technology, engineering and math (STEM) jobs in 2011.

Made With Code won't solve all of the issues preventing science and tech companies from creating a workforce that's representative of reality, but it's a good first step. Go Google.