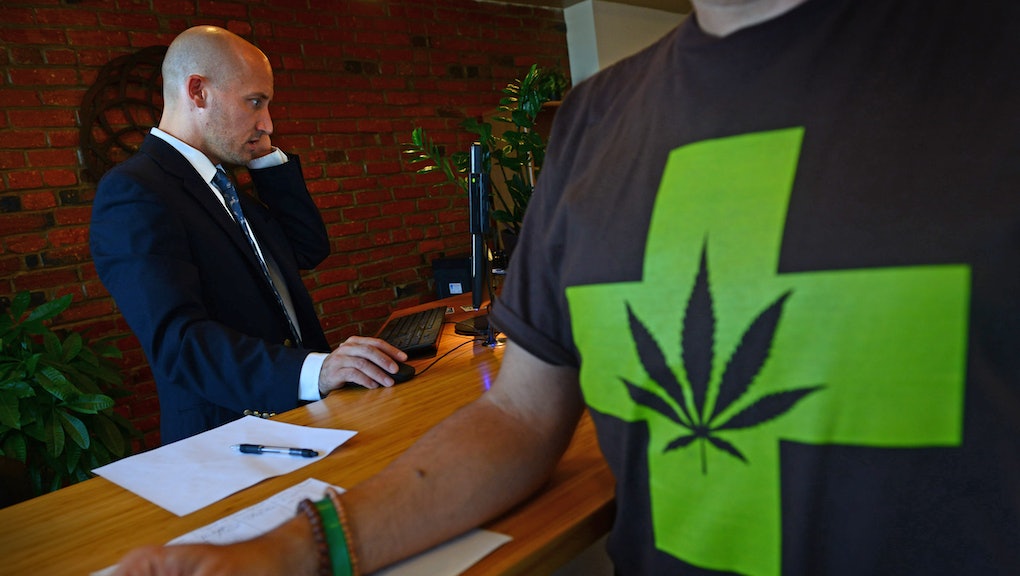 Medical Marijuana Is Officially Legal in the Empire State

The news: On Friday, New York joined the ranks of 22 other states by approving a bill to legalize medical marijuana in the state.

Earlier in the week, a medical marijuana bill was getting closer to becoming a reality, but because of intense negotiations between Gov. Andrew Cuomo and the legislative leaders in the state senate, it wasn't until Friday that the New York State Senate officially passed the bill 49 to 10.

Cuomo has fervently opposed medical marijuana legislation for some time, even though a majority of registered New York voters are in favor of legalization. And though the bill passed, a host of strict regulations and guidelines to iron out means New Yorkers may not be lighting up in celebration just yet.

It's legal but you can't smoke it. "There are certainly significant medical benefits that can be garnered; at the same time, it’s a difficult issue because there are also risks that have to be averted. We believe this bill strikes the right balance," Gov. Cuomo said of the bill's approval. (He has yet to sign it but is expected to shortly.) Cuomo has been a stickler about making sure legislation considered the potential dangers of legalized medical pot.

The bill allows for the sale of extracts, oils, pills and edibles that contain the drug and also permits the vaporization of weed, similar to e-cigarettes. However, the bill does not allow access to the raw plant and sick New Yorkers will not be able to smoke the substance, which is often thought of as the easiest and fastest way to relief.

Brass tacks: Though the bill is effective immediately, it will likely be implemented slowly over the next 18 months, during which time Gov. Cuomo and his administration can add conditions to the bill in the future.

To qualify for medical marijuana, patients must have cancer, HIV, ALS, Parkinson's, multiple sclerosis, certain spinal cord injuries, irritable bowel syndrome, epilepsy, neuropathy or Huntington's disease. Over the next 18 months, Cuomo will decide if Alzheimer's, muscular dystrophy and dystonia, PTSD and rheumatoid arthritis will be included as well.

The State Health Department will oversee the program, but a condition in the bill gives Gov. Cuomo the ability to "pull the plug" at any time during the seven-year pilot program. It "increases my comfort level a great deal," the Governor told the New York Times.

Why is New York so behind the times? New York has long been a democratic and fairly liberal state. But Cuomo, a democrat himself, has prioritized a moderate party line on the marijuana issue — arguably because he wants to appeal to a wide range of voters for a presidential nomination in the 2016 elections.

Cuomo's modus operandi just seems out of touch when a majority of Americans are in favor of marijuana legalization. Even his potential opponent, Hillary Clinton changed her position to court marijuana legalization supporters last week. If the governor wants to ensure a presidential bid, he should probably try a little harder to maintain New York's trendsetting status.