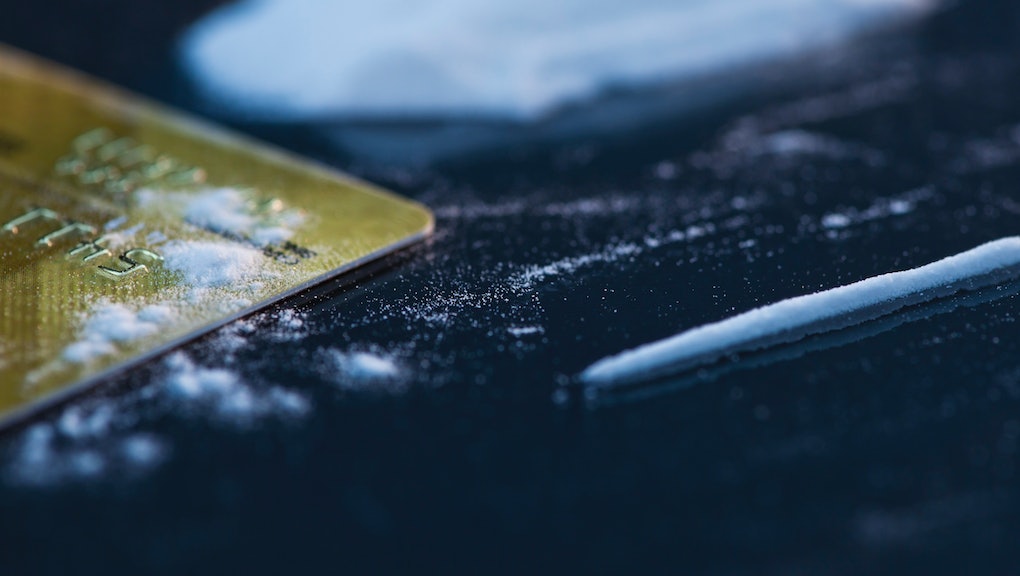 The news: Scientists just performed a giant drug test on two American communities — although they didn't tell anyone.

By sampling the sewage of two communities in New York state, public health officials were able to estimate how many drugs, including cocaine and methamphetamine, people are using across the state.

The scientists didn't just scrub the waste for the active components of the drugs, such as cocaine, morphine (the active component of heroin) or amphetamines. They also studied the compounds they break into after our bodies process them. After collecting the samples, the researchers tested them using a technique known as electrospray mass spectrometry, a process that basically sifts and organizes the contents by their mass so scientists can identify them.

Why it matters: By showing how many drugs are actually used in a city or state, the wide-swath screening could help correct our (likely misinformed) assumptions about who uses drugs and how often. So far, the answer to both of those questions is simple: A heck of a lot more than we thought.

Public officials seem to be pretty into the idea. Getting a big-picture look at the drug habits of an entire city is certainly cheaper and quicker than doing surveys or individual tests. If a city wants to build methadone clinics or invest in anti-drug campaigns in schools, it could check the data first to see a) If there is really a problem and b) If the anti-drug methods are working.

This isn't the first time scientists have drug-tested our waste. Nearly a decade ago, a pair of Italian environmental scientists looked at the wastewater in treatment plants around Italy's Po River. Judging by the amount of cocaine they found in the river and the plants (and assuming usage was evenly distributed amongst the river basin's population), about 3% of the community was using, more than twice the country's official estimates for that area at the time. And in 2008, Swiss researcher Jörg Rieckermann analyzed the wastewater from several communities on the outskirts of San Diego.

Image Credit (all above): AP

The problem with these studies, however, was that they focused on urine, where our body dissolves the drugs we ingest or inject in water. But some drugs lodge themselves in solid waste instead, prompting scientists to take their deep dive into our sludge.

How experts could use the results: In addition to helping us get a picture of actual drug use across the country, the findings could help researchers pinpoint where illegal drug traffickers are sending their materials.

In 2011, the U.S. Department of Justice National Drug Intelligence Center released its analysis of the highway routes traffickers used most heavily to transport their goods between 2008 and 2010. The main routes are bold; the arrows indicate incidence and volume.

While the analysis shows New York to be a heavily trafficked cocaine route, it wouldn't appear to have a meth problem. That's where the sludge-trackers come in.

The folks at the NDIC still don't know the final destinations of the drugs or where they are being used most heavily. But the sewage information could help fill in those gaps.

"One can use this methodology to determine the kilograms of cocaine or other drugs, which are used every day in a certain place or city, and easily calculate how much illegal money is entering the economy," Italian sewage scientist Roberto Fanelli told io9 in 2012.

Although the studies are not large enough to extrapolate to the entire U.S., the process suggests we could soon begin to see actual numbers of drug use across the country. The science could help correct many of the assumptions that currently plague our conceptions of who uses drugs and how often.