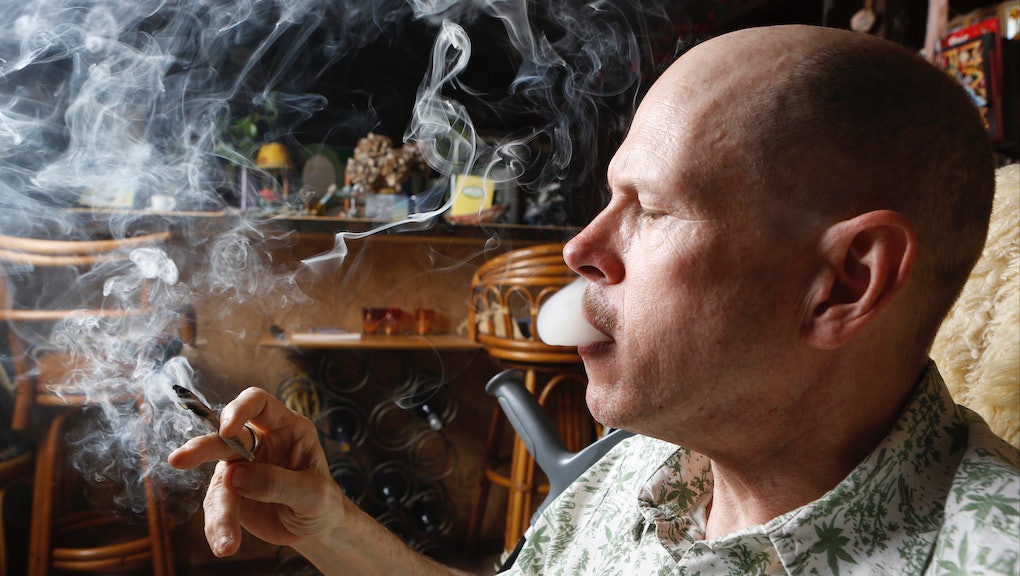 The news: The FDA is considering removing marijuana from its list of the most dangerous and harmful drugs. This could signal a radical shift in the way our government regulates and enforces weed.

It would be huge for marijuana legalization on all levels. Schedule 2 status would mean that weed for research would become more abundant, allowing scientists to finally crack the mysterious therapeutic value of cannabis. Such studies would analyze marijuana's efficacy through controlled clinical trials rather than anecdotal data from self-prescribers. Another benefit is that state lawmakers would have less ability to stand against medical marijuana in their states — a change in the federal government's stance would impact state legislatures around the country.

What does this mean? The U.S. regulates drugs on a rating system ranging from Schedule 1 for the most dangerous drugs to schedule 5 for the the least dangerous. Marijuana has been on Schedule 1 since 1970 even though official and independent studies show that it's not as harmful as other Schedule 1 drugs like heroin and LSD.

Changing marijuana's status from Schedule 1 to Schedule 2 would mean that marijuana would no longer be classified as a drug with the highest risk for dependency and no medical benefits whatsoever. Instead, restrictions would be loosened to allow further study of its medical uses.

Why now? The FDA periodically reviews the idea of rescheduling. However, despite recommendations from scientific and medical communities, the FDA has always decided to keep marijuana in the most restricted category. The last two reviews were in 2001 and 2006. In both cases, the FDA rejected the idea.

Rescheduling now would be the first official change in the federal government's strong, long-held stance against the drug. While the federal government has agreed to look the other way on the "experiment" of state-level legalization, marijuana's state status directly conflicts with its federal status — weed is legal in Colorado but remains illegal in the United States. Lawmakers and scientists alike are clamoring for more research into its medicinal uses.

An acceleration of progress: The federal government has taken a few steps to facilitate the experiment. So far, they have eased up on federal marijuana enforcement, issued new banking guidelines for marijuana businesses and have approved some medical research. Marijuana research in particular has been stymied by special restrictions on cultivating research grade marijuana and rescheduling will allow it to begin breaking free. It won't be totally free until it's off the schedule completely, but this is the first meaningful step in that direction.

There's no guarantee that this will happen, but it's the third time in the last 13 years that they have considered it and attitudes toward cannabis have shifted dramatically since the last time in 2006. Could this be the first crack in the dam that has held cannabis back this whole time? All eyes are on the FDA as we wait and see.