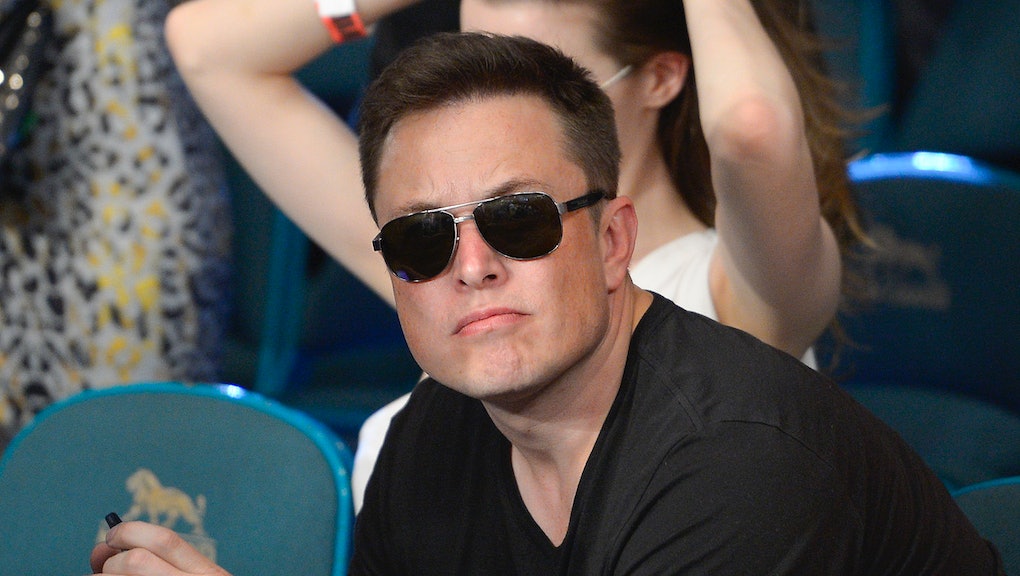 Musk thinks that America needs to switch to solar energy. And after releasing the blueprints for Tesla cars and solidifying plans to build the world's largest — $5 billion — lithium battery factory, he has an equally radical plan to pull it off.

Musk is chairman at SolarCity, a major solar panel manufacturer based out of San Mateo, Calif. That company will acquire another solar company, Fremont's Silevo, and build a major manufacturing plant in New York. According to Musk, the new panels will be less expensive and higher quality than the existing Chinese models that provide more than half the world's solar energy.

"Without decisive action to lay the groundwork today, the massive volume of affordable, high efficiency panels needed for unsubsidized solar power to outcompete fossil fuel grid power simply will not be there when it is needed," Musk wrote in a blog post along with SolarCity staff.

"Solar panels, paired with batteries to enable power at night, can produce several orders of magnitude more electricity than is consumed by the entirety of human civilization. ... Even if the solar industry were only to generate 40% of the world's electricity with photovoltaics by 2040, that would mean installing more than 400 GW of solar capacity per year for the next 25 years. We absolutely believe that solar power can and will become the world’s predominant source of energy within our lifetimes, but there are obviously a lot of panels that have to be manufactured and installed in order for that to happen."

The background: As Vox reports, coal still provides about 37% of the country's electricity, making it the single biggest source of power in the U.S. Natural gas provides just 30%, while nuclear generates about 19%. Hydropower manages to provide around 7% and is disproportionately concentrated in huge facilities in the West, like Washington state's Grand Coulee Dam.

If you believe, as does Musk, that solar energy will be the next big thing once improved technology makes it cheap and efficient, then solar isn't just the right thing to do — it's also a business opportunity.

According to the San Francisco Chronicle, Musk's strategy here is pretty clear. Much like the release of the Tesla blueprints and the construction of his lithium battery "gigafactory," he's making a major investment in increasing the scale of production. Contrast this with other companies like Uber and Airbnb, who use a "platform-only" model, or consumer electronics giants that outsource production.

Musk says controlling the manufacturing process will lower their costs, and the eventual aim is to make switching to Tesla cars and installing solar panels on homes as cheap and easy as possible for consumers. It's more or less a "build it and they will come" model at a time when traditional American business empires are no longer in vogue.

Will it work? It's pretty risky, as Musk is betting a lot on renewables. Clean energy is projected to boom through 2040, but a boom in a relatively tiny sector might not be enough for Musk's huge ambitions. The EIA predicts that renewables will nearly double, putting the sector at just 3.8% of total U.S. energy production.

One major risk is that policymakers in Washington will tire of big tax incentives meant to spur the solar industry, which could eliminate much interest in further investment. On the other hand, solar energy is rapidly getting significantly cheaper and more efficient — signs that with the right encouragement, mass adoption could follow in the coming decades.