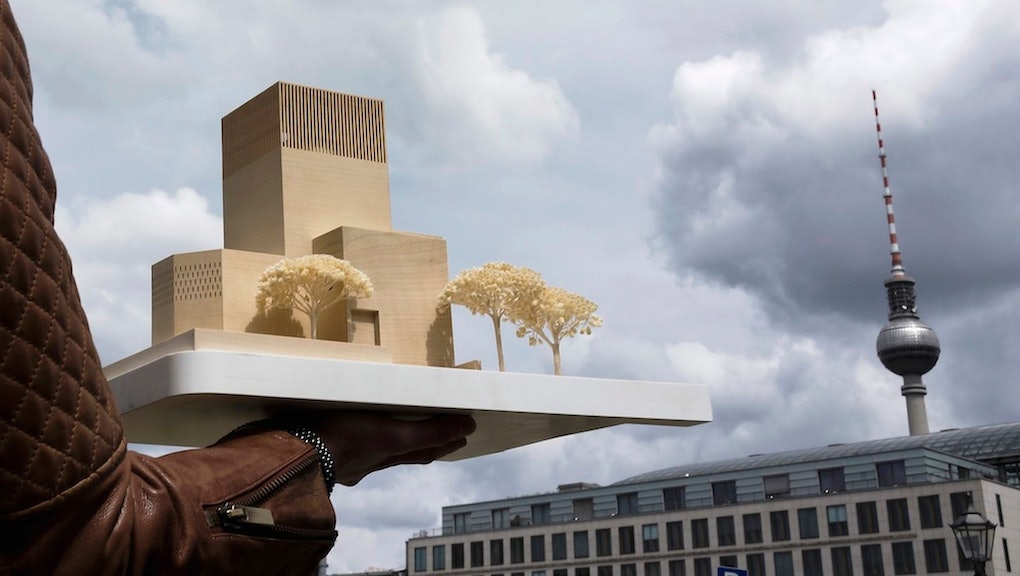 A Radical Berlin Project Could Change the Way Jews, Muslims, and Christians Pray Together

The news: In what may be the first time in recorded history, Christians, Jews and Muslims may soon all be praying under the same roof. Berlin recently announced the winner of an architecture competition to design what they're calling the House of One, a house of worship designed to accommodate the three major Abrahamic faiths.

Architect Wilfried Kuehn and his team won the competition with their design of a tall, centered tower and four-part structure. The building is planned to occupy a prominent site, Petriplatz, in the center of Berlin.

Kuehn told the BBC that each of the individual spaces will be designed for the "particularities of each faith." That means two levels in the mosque and synagogue, an organ in the church and places for washing feet in the mosque. Kuehn also noted that designing the space made him realize the architectural similarities among the three faiths:

"What's interesting is that when you go back a long time, they share a lot of architectural typologies. They are not so different. It's not necessary for instance for a mosque to have a minaret — it's only a possibility and not a necessity. And a church doesn't need a tower. This is about going back to the origins when these three faiths were close and shared a lot architecturally."

The location has history: The location where the structure might be constructed is the former site of St. Petri's Church, the first church ever constructed in Berlin in the 12th century. Damaged by World War II and the Battle of Berlin, East German authorities demolished its remains in the postwar period. Six years ago, archaeologists recovered the remains of an ancient burial site from beneath the church's foundations, spurring the modern push to redevelop the site.

Since then, the space has mostly sat as a dirty lot. Seeing the space unused, Rabbi Tovia Ben-Chorin, Imam Kadir Sanci and Pastor Gregor Hohberg took it upon themselves to utilize the space and, in doing so, developed their House of One project.

Rabbi Ben-Chorin told the Local that "the basic idea behind House of One is to bring people together who know little about each other. Ignorance is often the basis of rejection."

"The aim of our construction is to consciously promote non-violent and open dialogue between different religions and cultures," added Imam Sanci. "Everyone is welcome and invited to discover previously unknown aspects of other religions."