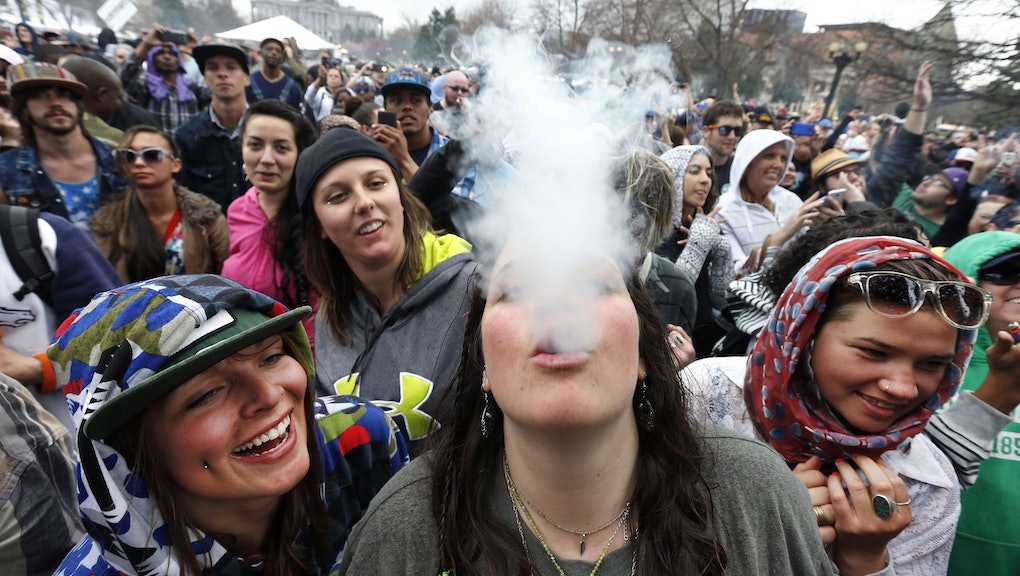 About six months after Colorado made the landmark move, Washington is preparing to open a slew of retail stores, but the legal marijuana environment is far more haphazard, and it's doubtful that the Washington retail market will be as viable.

Washington will look totally different than Colorado. Of the two states that fully legalized marijuana in 2012, Washington has been the lesser example. Like Colorado, Washington achieved recreational legalization through a ballot initiative, but Washington has done a poor job of implementing the law and regulating the emerging industry. Colorado got its act together early. It organized a system for recreational sales alongside medical marijuana, set up a tax structure, implemented tough oversight and began to pave the route for weed banking.

What will the difference be? Washington is going to make less money. Denver has become the world's weed capital, and its dispensaries have entertained thousands of out-of-towners since legal sales began, raking in millions.

But Washington just isn't expected to have nearly as popular and attractive of a tourist market. Instead, retail marijuana in Washington will primarily be available to residents. Additionally, the black market and medical market are expected to continue thriving, which will challenge the new, taxable recreational market. That means less sales overall, and therefore less tax revenue.

It's going to stay pretty lawless. Washington has a long history of unregulated medical marijuana. The drug has been legal there since 1998, but has been pretty anarchic in terms of specific regulations. The state has passed up opportunities to implement stricter medical laws, which means the federal government will be more wary than they've been with Colorado. To date, the federal government has been harder on Washington than Colorado. For example, the FBI refused to provide criminal background checks for marijuana industry applicants in Washington, while it swiftly provided the same service for Colorado.

It won't have the state's full support. Not every constituency in Washington is keen on having dispensaries in their neighborhoods. The legalization effort has already been hampered by some counties that are trying to ban dispensaries, including Pierce and Yakima counties, two of the most populous constituencies in the state. That battle is expected to continue even after retail sales begin next month.

And no edibles ... yet. No one is authorized to make or sell edibles until they pass a food safety inspection. Based on the growing popularity of edibles, this is a troubling condition at first glance, but in light of some of the problems Colorado has had with the dosage in edibles, it might be the most progressive thing Washington is doing.

Colorado has demonstrated that legal cannabis can work, thereby garnering support from the federal government and downplaying the perception that a legal market will be a melee akin to the illegal one. Rolling out recreational sales in Washington will bring national attention to the state's retail marijuana program, and without the framework that allowed Colorado's to thrive, we may well see Washington hurting the progress that Colorado has made with both the public and the federal government.