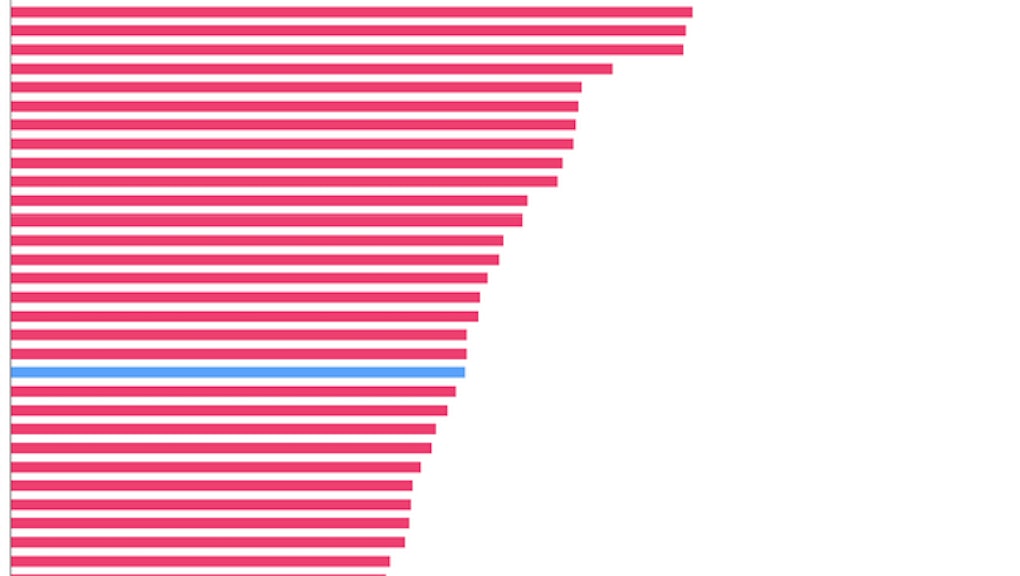 36 U.S. States Have One Shameful Thing in Common Compared to the Rest of the World

We all know that the U.S. incarcerates more people than any other country in the world — by sheer number and per capita — but how do things look on the state level?

Approximately 2.2 million Americans, or 1 in 100 adults, currently live behind bars. But while incarceration rates remain high throughout the U.S., some states have much larger prison populations than others.

According to the criminal justice think tank Prison Policy Initiative, Louisiana has the highest incarceration rate in the entire world, followed by other southern states such as Mississippi, Oklahoma, Georgia and Texas. Thirty-six states, in addition to Washington, D.C., have higher rates of incarceration than the next highest country on the list: Cuba.

As for the states with the lowest rates, Vermont, Maine, Rhode Island, New Hampshire and North Dakota (and Puerto Rico) bring up the rear. But while these numbers might be low for the U.S., they are still on par with those of entire nations, such as Iran, Ukraine, South Africa, Brazil and Chile.

One important thing to keep in mind is that these numbers are taken from the 2010 U.S. Census, which counts inmates as residents of the states where they are behind bars. As such, it does not accurately reflect where the inmates are actually from, since a large portion of the incarcerated population happen to be in federal or state prisons in states they are not originally from. Still, as Prison Policy Initiative notes, "State politics certainly influence whether and where federal prisons are built," and it's worth knowing which states decide to open their doors to more inmates.

Check out the full graph below (click here for the interactive version):